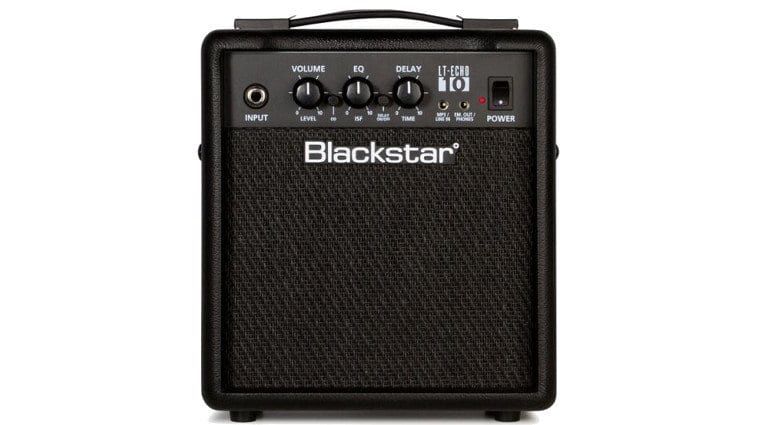 I like Blackstar. They make some cool little amps that are very useful for home and studio use. Now Blackstar has just announced two new models, the Echo and the Fly 3 Bluetooth, both of which extend its range in the mini and micro amp spheres.

The new Blackstar Echo amp comes in two sizes, 10W and 15W. Both are squarely aimed at beginners that need a decent amp but which won’t cost the earth. They both use twin 3″ speakers to deliver their tone and have two channels each. That set up makes a lot of sense for home use, I feel.

The Blackstar ISF – or Infinite Shape Feature to give it its full name – is a simple tone control that blends between a very British or American amp tone. It’s a glorified preset EQ which I also have on my little Blackstar Fly. It is dead easy to dial in a usable tone quickly, so I think it will be perfect for home users and beginners. It’s a simple way to get a decent sound.

You also get the built-in tape delay effect that lets you add a bit more dimension and space to your core sound.

This is essentially the same as the Blackstar 3 mini amp (the one I own), but with added Bluetooth connectivity – which I think is great! The tonal features are identical to the original model and the LT Echo range above, including the same tape echo effect.

Where this one differs from the LT Echo series is that it is really a desktop amp and can also be used as a speaker for either a mp3 player or even your computer. It also has a speaker emulation on the line output, too. 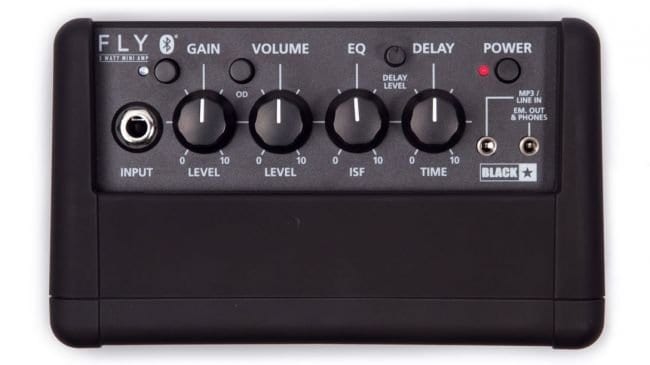 The Blackstar Fly 3 Bluetooth ships with a set of batteries, but you can also run it on an optional external power supply that’s available separately. Mine lasts for months at a time on 6AA batteries, though. As with the previous model, you can run it in stereo using the additional Fly 103 cabinet, giving you a total of 6w output. 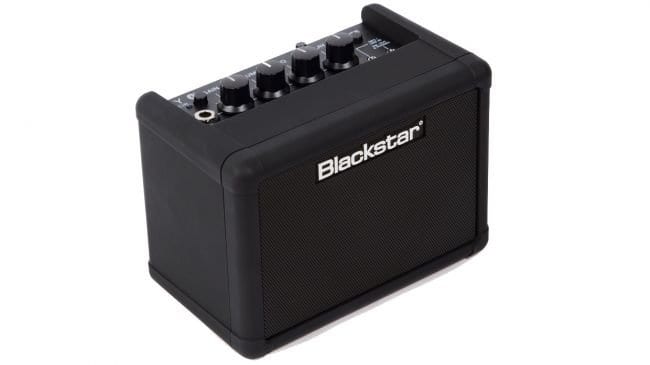