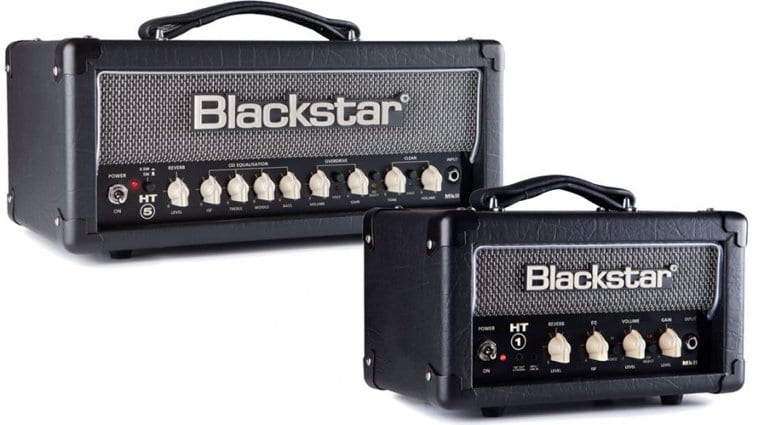 Coming hot on the heels of three 10-Watt combos, Blackstar has just announced another two new amp models, the HT-1R and HT-5R MkII heads/combos. Blackstar is pitching these as “the perfect studio and practice amps”.

Both are available as either heads or combos. Each features a push-pull power amp section designed to sound full at lower volume. Hence the suitability for studio and practise situations.

The new MkII versions for 2019 come with a “studio-quality” reverb and a useful USB output with speaker emulation. Again, that could make these useful for recording jobs, especially if you work on your recordings at home. Both models are powered by an ECC83 preamp valve and 12BH7 power amp tube in the output section.

You can access both clean and overdrive tones via a footswitch. Blackstar’s ISF control is used to tweak their tonal characters. This allows you to go from a more ‘British’ tone to a more ‘American’ voicing.

The  HT-5R has separate gain and volume controls for each of its channels and a three-band overdrive EQ section. The simulated cab out can mimic either a 4×12 or 1×12 guitar cab. The amps also have a 4-16-Ohm speaker output for when you need to use a real cab.

With an onboard power reduction options, you can switch the wattage down from 5W to 0.5W. That’s ideal for home use, where you want the tone, but without the associated volume. There are also two matching extension cabs available in both 1×12 and 2×12 formats, loaded with Celestion Seventy 80s.