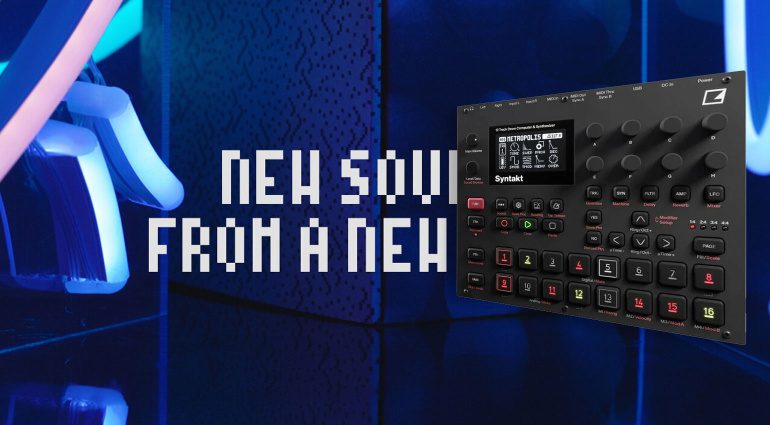 Last year we reported how Elektron had registered the SYNTAKT name and now we have some sounds from a mysterious new thing. Could they be related?

It’s the spitting image of the Digitakt almost to the point that makes you wonder if it’s a photoshop job. The text is a different colour but otherwise, almost all the words and the layout are the same. It’s called a “12 Track Drum Computer & Synthesizer” whereas the Digitakt is an “8 Voice Drum Computer & Sampler”. It could be 8 tracks of digital plus 4 analogue going by the Mute labelling plus what looks like modulation tracks. All very interesting, although it could be completely fake.

As soon as we get any official confirmation we’ll let you know. But meanwhile here were our thoughts from earlier and a link to the sound demos.

In a bubbly new video from Elektron we are asked to lend them our ears and experience new sounds from a new place. The comments are alive with shouts of SYNTAKT! Except for one bloke who replies to each SYNTAKT comment that the sounds are coming from a Model:Cycles and he should know because he has one.

Otherwise, what do we get? Something a bit wavetably, a bit FM-y, with some groove and possible sampling (they said “slice”) capability? I’m not sure if the neon reflections in the visuals are any kind of clue. If I was going to be creative I’d suggest that it’s a West Coast Sampler, a sort of Buchla inspired source of uncertainty coupled with Elektron’s fetishisation of the digital.

Anyway, this afternoon sounds from the new device will be hosted on Dublab Radio broadcasting locally in L.A. at 8 am and streamable in the UK from 4 pm. It will feature tracks from Arkajo, Jimmy Myhrman, Joel Lundberg, Lady Starlight, Elin Piel, Yann Tiersen, Baseck and The Album Leaf. All of the tracks are produced exclusively on Elektron’s new mystery machine. Will Elektron tell us what it is during the broadcast? Who knows, but do tune in to find out.

Update: Nope, they told us nothing on the radio show but there were some fabulous tunes. You can listen to it now through the link below. 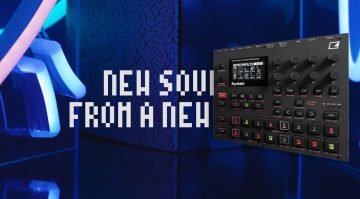 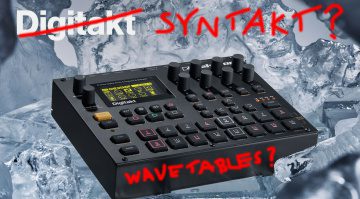 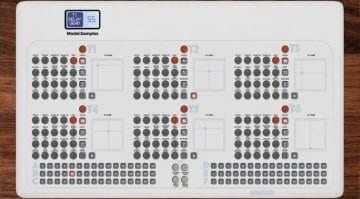 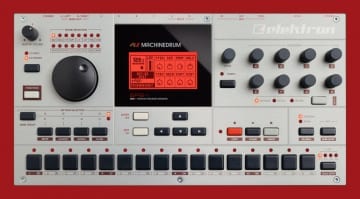 Elektron Machinedrum gets an unofficial update

8 responses to “Is this the sound of the Elektron SYNTAKT?”

Thinking about what I heard, and what Robin postulates above. It occurs to me that a sample/wavetable based synth, with a west coast architecture, realised digitally, would be a clever thing

It literally says on the REDIT site that image is from that it is a photoshop! Jez, the internet!

Good to know – thanks

no, on reddit they say it’s a leak from a retailer.

Knobs are all fucked up, so maybe nah

You heard it here first 😀

Turned out to be correct…