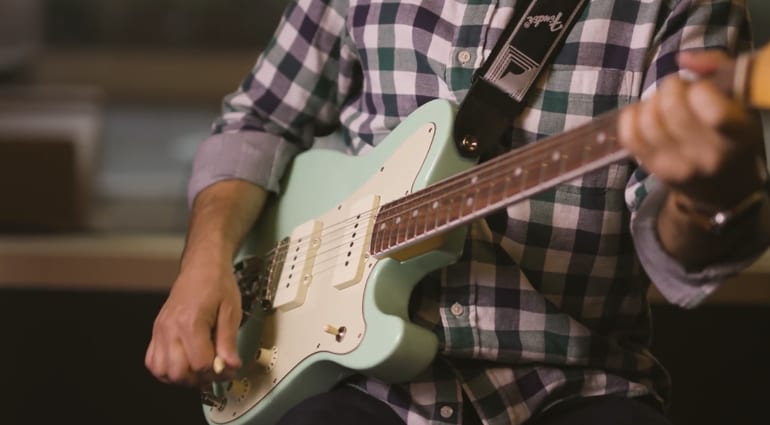 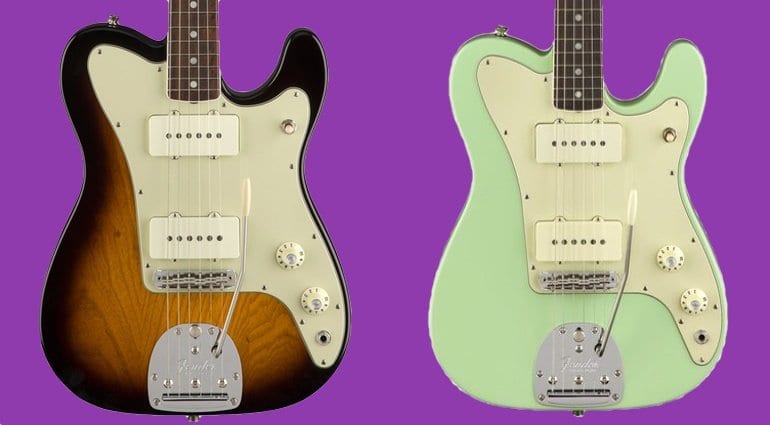 Back in January, we write about the leak of Fender’s NAMM 2018 line-up, including the Parallel Universe series. Fender is now releasing one of those unusual instruments, the Limited Edition Jazz Tele. A Telecaster with Jazzmaster hardware. My first thought was: Good that it’s limited…

The Fender Jazzmaster with Telecaster hardware is so last year. We’ve all done that one, it seems (myself included, I own three of them).

Now, though, we all want a Telecaster with Jazzmaster hardware. At least that is what Fender appears to think. The body shape is from the Telecaster, the rest from the classic Jazzmaster offset: a Jazzmaster-style headstock, the signature Fender USA Pure Vintage single coil pickups, floating tremolo with trem lock button, input on the top of the pickguard, pickup selector switch and a bridge with custom Mustang saddles. But no ‘Rhythm circuit’, which the Jazzmaster is infamous for (the one no one ever uses, except as a kill switch!). (And except me! Ed.)

Yes, I’m a big fan of the Jazzmaster and I also love the Telecaster, I own multiples of both instruments already. But this combination makes me feel a little queasy. I’m getting the urge to ‘kill it with fire’…

It reminds me a little of the Deluxe Tele with Wide Range humbuckers. But that Tremolo sits so far down on the body that the look just does not go away. It looks squashed, somehow. Even the unfamiliar headstock makes the guitar look smaller and compressed.

The Fender Jazz-Tele is available in either Two-Tone Sunburst and Surf Green nitrocellulose lacquer. The maple neck has a Mid-60s C-profile and the bound rosewood fingerboard has a 9.5 “radius. 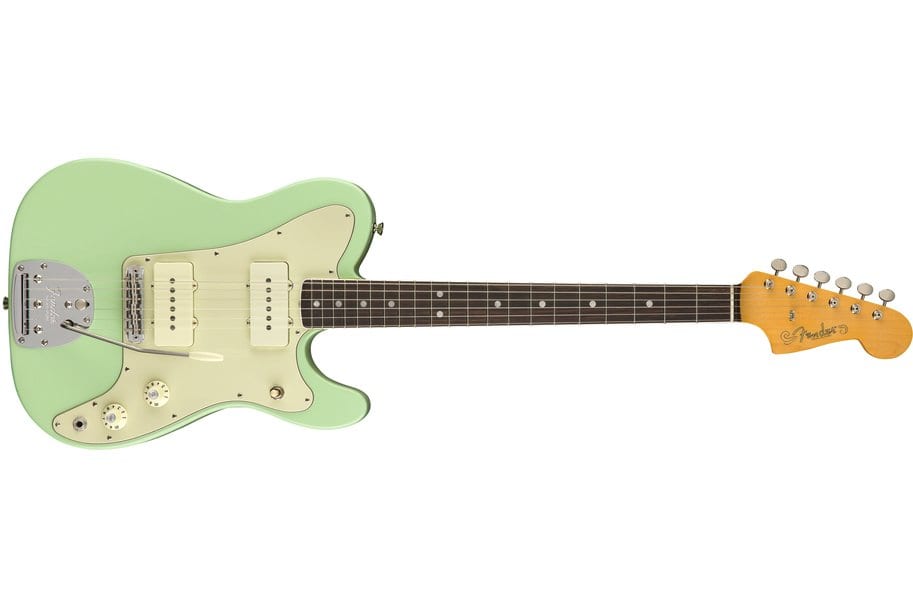 Luckily for us, it is a limited edition, so there won’t be many available. But I suppose they will become collectable for many people. Thankfully, these Parallel Universe guitars are all limited to this year. Some of them, in my opinion, look pretty awful. I do love the ’60s aesthetic, but these just don’t work for me and I wouldn’t go out of my way to buy one, especially at the price listed.

I doubt I would ever actually play one, other than in a guitar store. I’m especially interested in how the pickups help or destroy the Telecaster character. Sorry Fender, I think this guitar is a bit of an ugly duckling, so I will politely pass.

What about you? Let us know your thoughts on this, ahem, unusual guitar in the comments section below.

13 responses to “Fender Parallel Universe Jazz-Tele: Love it or hate it?”