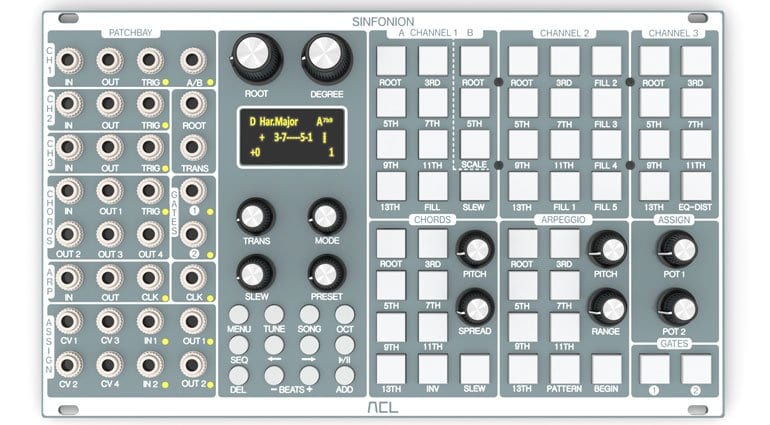 This is the fascinating collaboration between Mathias Kettner and Instruo that combines a number of Harmonaigs and other technology into a complex, harmonic processing, sequencing and modulating uber-module. But Glasgow based Instruo has pulled out of the Sinfonion project. Fortunately Audiophile Circuits League, in Berlin, has stepped in to ensure this remarkable module sees the light of day.

Sinfonion is like some sort of complete polyphonic song-writing engine for your Eurorack. It features 3 independent quantizers, a 4-voice chord generator, an arpeggiator and a complex chord progression sequencer. It lets you work with chords and harmonic arrangements right within your modular, something that’s usually quite difficult to achieve. There are 76 control elements to play with based on the concept of allowing you to “conduct” your modular in a very musical way. More details will undoubtedly emerge but the best source so far has been a video on the Instruo website which is completely fascinating (see below).

There’s no bad blood between Mathias and Instruo, they took it as far as they could and say they will collaborate again in the future. ACL are delighted to step in and have already put their mark on it with improving the layout, adding some buttons and giving the front panel the ACL treatment. Although I prefer the Instruo styling there’s no doubting the quality of the ACL modules. 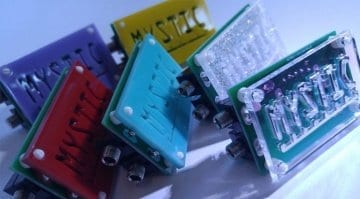