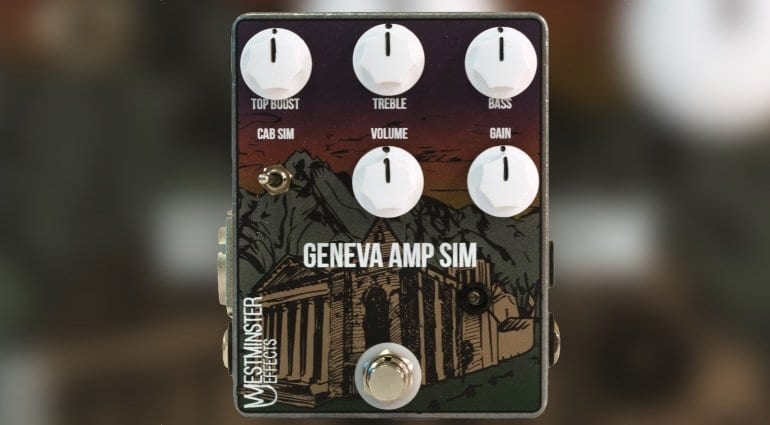 Just in time for Summer NAMM, Westminster Effects, a one-man company from South Carolina USA, has unveiled a new effect pedal called Geneva. This is an amp sim that attempts to recreate the tones of the classic Vox AC30, and even has a useful cab simulator section.

This new pedal from Westminster Effects is based on the classic Vox AC30. It comes with controls for Top Boost, Bass, Treble, Volume and Gain. It looks simple enough and could be perfect for adding those desirable Vox AC30 tones that many players love.

The Geneva can be used as a normal overdrive pedal in front of an amp, but also comes with a handy switchable Cab Sim that you can add in with the toggle switch. There’s also a useful built-in XLR DI Out. In theory, you could use this setup as a cheap way of running a stereo rig if you sent the main out to your amp and the XLR to a monitor or similar speaker.

It sounds like a great idea and the price is pretty reasonable for a boutique hand-built drive/amp sim pedal. I would suggest that you check out the official demo video below to get an idea of how the Geneva sounds.