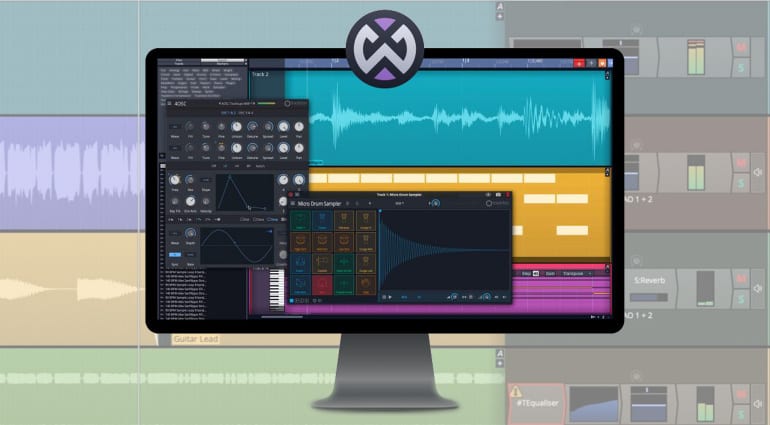 Tracktion has announced the availability of Waveform Pro 11. Simplifying its product portfolio, the company has also introduced Waveform Free, a new free intro version of the DAW. That’s another great way to stay happy and creative while you’re self-isolating.

Tracktion announced Waveform 11 at NAMM back in January. The latest version of the DAW comes with an impressive list of new features. The new arranger track makes it easy to work with entire sections of your song, like verses or choruses. You can define sections and move, copy or swap them, without having to deal with each individual element. Tracktion 11 also features a bunch of new MIDI tools, including an arpeggiator, chord companion and note repeater, as well as MIDI monitors and filters.

Workflow improvements include a new quick action bar with user-definable macro buttons for frequently used actions, and new custom layouts and recallable view presets for multi-monitor setups. Compared to the previous version, Waveform 11 Pro also adds a large number of new plug-ins, as well as a selection of templates for various applications.

Waveform Free replaces Tracktion T7 as the company’s free offering. According to the developer, Waveform Free is a “fully featured, unlimited free DAW”. It lets you work with MIDI and audio and includes templates for things like band recording, podcasting, songwriting and EDM production. While it lacks some of the more advanced features, plug-ins and instruments of the Pro version, the 4OSC subtractive synthesizer and Micro Drum Sampler are included and the Collective Sampler/Synthesizer is available as an add-on.

Waveform Free really does look like an impressive package for a DAW that’s completely free. This makes it a likely candidate for our list of the Top 7 freeware DAWs.

One great thing about Tracktion Waveform is that both versions (Pro and Free) aren’t limited to Windows and macOS. They also run on Linux, and even Raspberry Pi. A list of system requirements for each platform is available on the developer’s website.

The Basic version of Waveform 11 Pro is USD 119, which makes it quite affordable. There’s also a Standard version for USD 259 and an Extreme version for USD 649, both of which add additional content like plug-ins, loops and things like the MOK Waverazor, Delta-V Spacecraft, Biotek 2 and Retromod synths.

The Free version is, well, free. 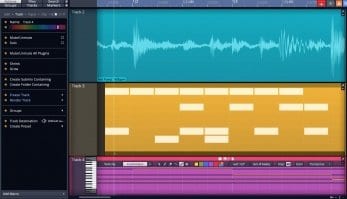 19 Jan · I am so excited by this it disturbs me. Love me some Kurzweil!

19 Jan · Love your concluding summary. I really want to get myself a modern digital hardware synth, but a lot of them seem way too overwhelming to me. What I really would have liked on this is an analogue ...