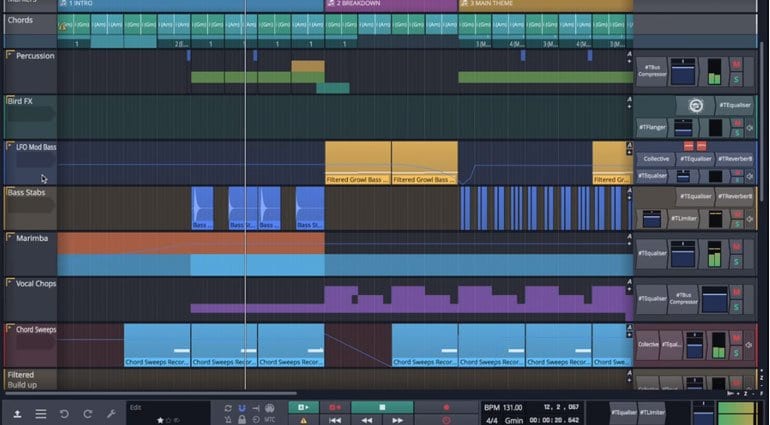 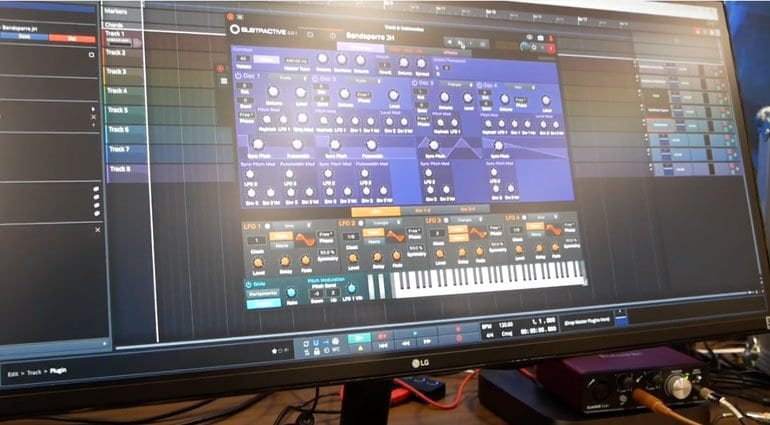 Tracktion seems to bring us a new version of Waveform every year. With version 10 it’s really quite a mature platform that has a different workflow to most other DAWs. There’s a lot of smoothing and consolidation, enhancements and improvements but also cool new features and a shed load of plug-ins.

Waveform overflows with information and parameters and they’ve brought in a new way to manage some of that with the “Actions” sidebar. It’s a place where you can highlight your common tasks or favourite processes and hide away things you never use. It results in a very streamlined and fast way of accessing your editing tools. In the same place is the Macro editor that helps you build a library of task combinations so that you can do complex things quickly and easily all over your project. You assign them to keyboard shortcuts and have them appear on the right-click menu if you wish. The modifiers and other plug-ins can be brought into focus with the Actions panel and can now float rather than be restricted to the bottom window pane. 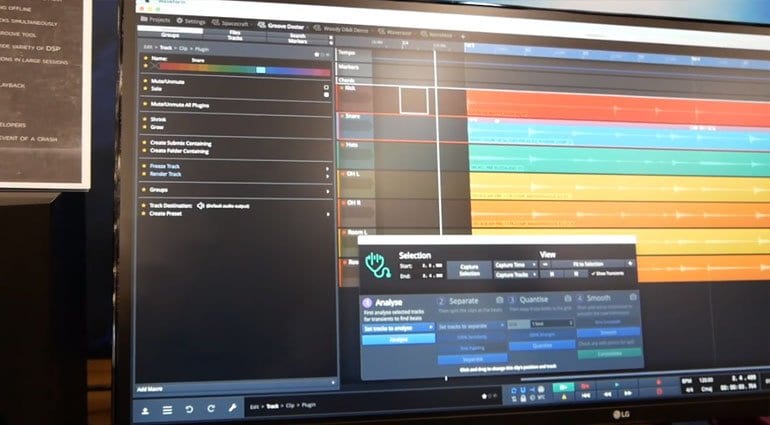 Grouping is something not tackled by Tracktion before but now they’ve made it easy and creative. It doesn’t just put tracks in a folder it syncs up the editing and parameter control. You can enable and disable things like volume, pan, mute and solo so that they all do the same thing together. One of the other uses of Groups is something they call Groove Doctor which can quantise multi-track audio using one or two tracks as a template.

Clip editing can now be pulled out into individual windows letting you focus on a particular area while the project is still in full view behind. These can be synced or static so you can keep up with what’s going on in real-time or not. You can also add in other tracks to the window of the track you’re currently looking at!

There’s a cool crash protection system which will reload your project pretty much exactly where you were if a rogue plug-in crashes your system.

Tracktion has reworked the internal signal processing into 62 new plug-ins. They all have a rather engaging analogue circuit style interface which are very clean and simple – although perhaps a little boring and indistinct. But there’s loads of stuff in here and are simple single function effects rather than complex behemoths of CPU hogs. However, using Waveforms marvellous modular plug-in rack you can wire them together into horribly complex effects machines.

The Multisampler has been improved with all sorts of workflow enhancements like beat replacing, selecting sound layers via MIDI, simplified sampling, direct recording from other apps, and voice limit raised to 64.

A version of Antares Auto-Tune called Auto-Tune Access comes in the box, which is like a simplified graphical version that just gets on with the job. Nearly every other DAW comes with Melodyne – although so does Waveform – so it’s great to see an alternative built in.

There’s a load of other UI and engine improvements that you expect with a new version. Waveform 10 is an interesting DAW that offers something refreshingly different from the usual way of working. Well worth trying out if you are in need of change.