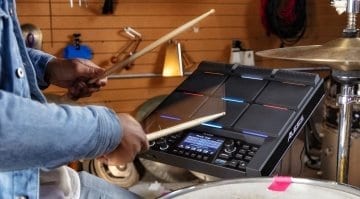 The performance pad controller is back with a sampling audio engine, on-screen editing, triggers, 9 velocity sensitive pads and audio looping in a device that you beat with sticks. 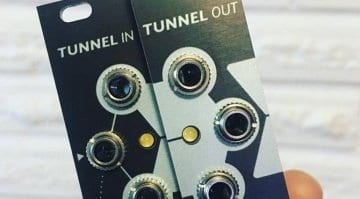 Tunnel In your signals through a 3 channel 1 into 2 buffered mult and Tunnel Out of 9 outputs anywhere else in your rack. Tunnels is a beautifully designed smart way to duplicate CV and organise your rack.

Looking at Audient's current range of audio interfaces, there's a notable lack of products geared towards the big studio niche. The British audio specialists might be looking into changing that soon... 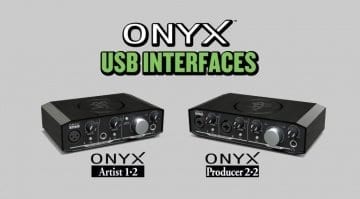 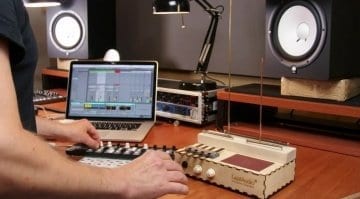 Check out the video demo for some serious ambient action, achieved by bowing springs and tapping plates. The Microphonic Soundbox is gloriously weird and you don't have to be Trent Reznor to buy one...

The Zoom LiveTrak L-12 is a reasonably compact unit and has a fair share of LED indicators, color knobs, and buttons. There doesn't seem to be much menu diving to do, which is good to know...

Apogee adds some new functions to its Ensemble Thunderbolt solution through the back door, with a new Apogee Control software and enhanced support for Logic Pro X. 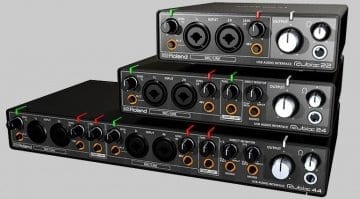 The Bitbox will load up to 16 samples for triggering via MIDI, CV or tapping the touchscreen.

The next generation of Scarlett red boxes from Focusrite bring improvements both under the hood and on the body.
ADVERTISEMENT