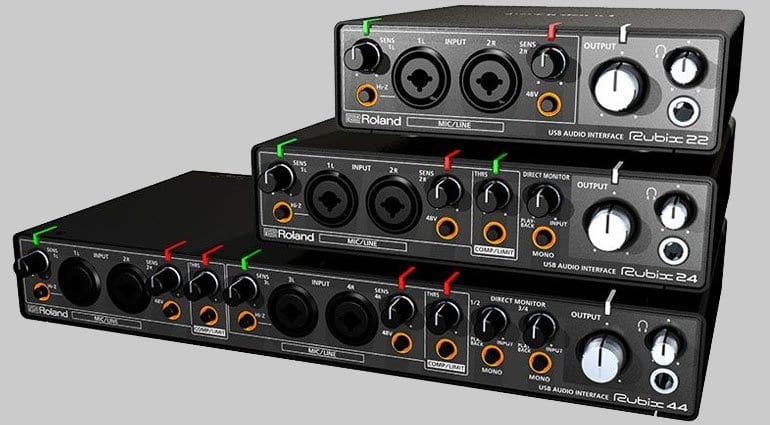 While we’re all waiting for the NAMM show to start in two weeks time Roland sneaks something interesting out at the Consumer Electronics Show in Las Vegas. Rubix is the name of their new range of portable USB audio interfaces that make things “Easy to record. Anywhere, Anytime.”

There are three of these squat, 1U rack style audio interfaces. The Rubix 22 has 2 in and 2 out, the Rubix 24 has 2 in and 4 out and the big one is the Rubix 44 that has, you’ve guessed it, 4 in and 4 out. Then they are pretty much the same as any other USB audio interface. Mic preamps with combo jacks, Hi-Z inputs, headphone outputs, MIDI I/O. They are class compliant and so work with iOS as well as MacOS and Windows.

Let’s see if I can pull out anything a bit more unique. Well, they all have a ground lift switch on the back. This is actually very useful as so many laptop based systems suffer from ground loops when plugged into power. So, bravo Roland for that little bit of useful technology. The Rubix 22 and 24 can both be powered by a USB Type micro B port in addition to the usual USB connector. This means you can power them via USB from another computer or a USB battery when connected to an iPad. This lets them live up to their “portable” marketing.

The Rubix 24 and 44 are a little bit more interesting. They come with a hardware compressor/limiter which is accessible via switches on the back of the unit. You can switch between two types of compression and one type of limiting. There doesn’t appear to be any further control over these as far as I can make out. A useful addition nonetheless.

The 44 does appear to require an AC adapter though which makes it a bit less portable.

The last stand out feature is the way the level LEDs bend around the top of the unit. This makes them very easy to see from any angle and from a distance which is a really nice touch.

I’m not particularly a fan of this kind of form factor. It tends to make the knobs fiddly and inaccessible. The look and design is a bit sombre and serious looking. The feature set looks decent, and with a couple of useful things like the ground lift and LED design to set it apart from the crowd. The only thing missing at the moment is a price. 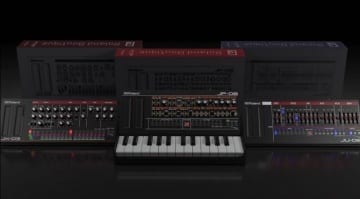