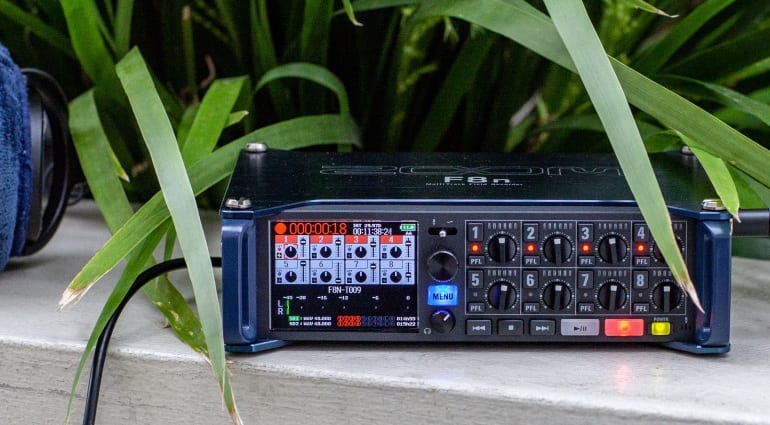 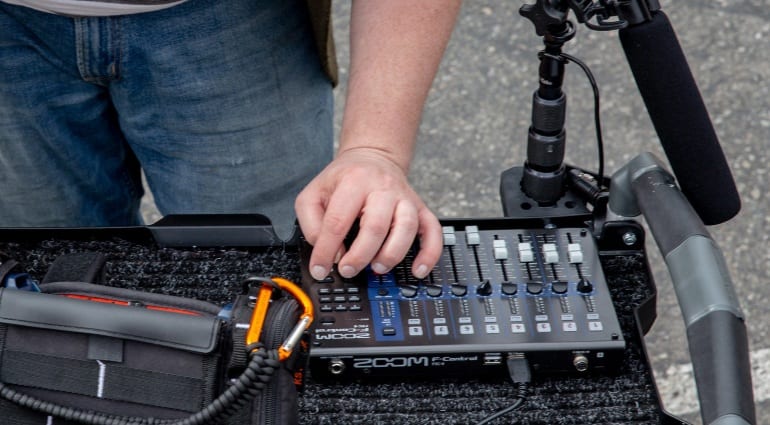 ZOOM Corporation has announced a new flagship portable field recorder, the F8n. There’s lots of interesting technology implemented in this unit. For starters, there are what Zoom calls Advanced Look-Ahead Hybrid Limiters which catch clipping signal before it gets recorded. The limiters are applied on all eight channels simultaneously, with up to 20dB of headroom.

The eight mic preamps offer up to 75dB of gain each and are able to handle mic and line signals on both XLR and TRS inputs. Further along, Zoom has implemented the AutoMix algorithm which automatically adjusts your mix’s levels as to get rid of ambient noise.

Digital clocking is generated by a temperature-compensated crystal oscillator to facilitate audio and video syncing at 0.2ppm accuracy. Additionally, the F8n is capable of recording both to dual SD cards and into your computer over USB simultaneously, facilitating easy backups.

As a way of implementing fail-safe operation, ZOOM has enabled the F8n to work with external battery packs (9-18 volt), 8 AA batteries, and an AC adapter. Power sources can be switched at user-defined voltage levels for recording without interruptions. There’s also a dual-channel recording mode where recordings from inputs 1-4 are doubled onto tracks 5-8 as so-called safety tracks. Each safety track can be set to different gain, limiting, and other settings independently.

The unit’s front panel looks very detailed, yet immediate and intuitive. There’s a 2.4-inch full-color backlit display with an optional monochromatic mode, gain knobs for the eight recording channels, and transport controls. Operation is facilitated by a Menu button and rotating encoders.

As for outputs, there are two main outs on mini-XLR jacks and two Sub Outs on a single stereo mini-jack as well as headphone output and a selectable +4dBu output. There are also ins and outs for timecode.

Finally, the ZOOM F8n is capable of recording 360-degree audio via a dedicated Ambisonics mode with A to B decoding, gain linking, and customized metering. This puts the means of professional VR audio recording in the hands of engineers worldwide. Zoom suggests pairing the F8n with the Sennheiser AMBEO mic to capture 360-audio. Read more about it here.

Overall, there’s lots of power and flexibility packed into the ZOOM F8n. We can see this one being a market success, for it’s clearly a product designed according to state-of-the-art practices, user demands and feedback.

ZOOM is pairing up the F8n with a control app for iOS devices which provides wireless control over Bluetooth LE. Its functionality includes pan and fader levels, transport controls, and monitoring of input levels, time code, and battery status. Sold separately is the ZOOM F-Control, which is a control surface with eight faders and metering along with shortcuts to key F8n functionality. The software package includes Cubase LE and Wavelab LE, which is enough to get started recording this unit into your computer.

Shipping in July 2018, the ZOOM F8n is priced 1199 EUR with 19% European VAT included. This is certainly a competitive price for a professional portable field recorder and we often commend ZOOM on their accessible pricing across the majority of its product line-up. 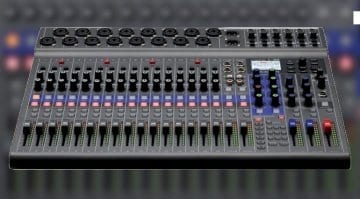