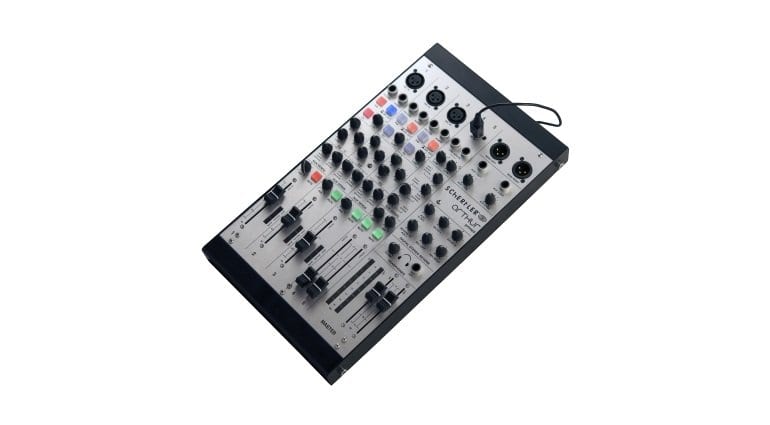 Schertler, a German manufacturer known for its bespoke Arthur modular mixing consoles, is gearing up to launch a new compact mixer series at NAMM 2018 – Arthur Prime. Predictably, the up-and-coming Prime mixers incorporate technology from the company’s flagship 48-format mixer, but serve it in bite-sized 5-, 9-, and 13-channel configurations.

What technology, exactly? It’s goods like the No Negative Feedback (NFB) structure for faster transient response and more natural attack times, the 48V power supply with extended headroom, and high quality preamps on all input channels.

There’s more to that, of course. Schertler took the opportunity to add a pair of AUX sends, digital reverb, and stereo inputs (1/4-inch, balanced, with panning) usable as a pair of mono inputs or a single stereo input.

While the number of channels and other parameters will remain fixed initially, Schertler plans to offer the deep customization options its Arthur desks at a later stage. So if a modular small format live/project studio mixer is something you crave, it may be worth waiting a few months or so before jumping in.

All in all, it’s fairly obvious that the Arthur Prime mixers are designed with live shows in mind. But the compact build, the absence of tacked-on extra functionality, and the intuitive layout will make Schertler’s new mini-desks feel equally at home in a project studio setting as well… unless you have anything against coloured pads on your mixer for some reason!

While prices for the Arthur Primes haven’t been cleared yet, we’d like to think Schertler will want to keep these affordable in order to stand better chances on the small format mixer market where reasonably low prices are something of a norm. Shipping is scheduled for the second quarter of this year.