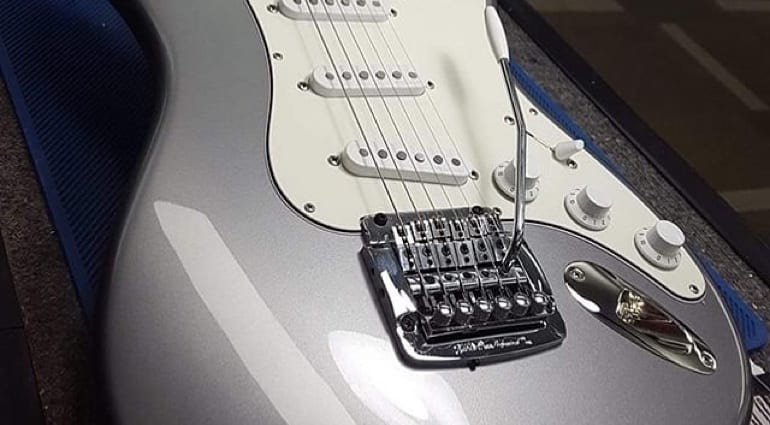 Yes, this is a legitimate John Mayer signature PRS Silver Sky model and yes, it has a Kahler trem system attached to the body. Who would do such a thing?

Turns out that Kahler itself would do such a thing. It appears that the company took it upon itself to remove the fully functioning PRS trem system, and replace it with a Kahler locking trem system instead. The resulting beast-of-an-upgrade has been floating around on Instagram and Facebook all weekend. Maybe the folks at Kahler weren’t happy with the way the PRS trem is set flush with the body?

This little “upgrade” would likely involve a few modifications and I’m not quite sure how reversible they would be. I’m just wondering if John Mayer himself will be seen wielding one soon? 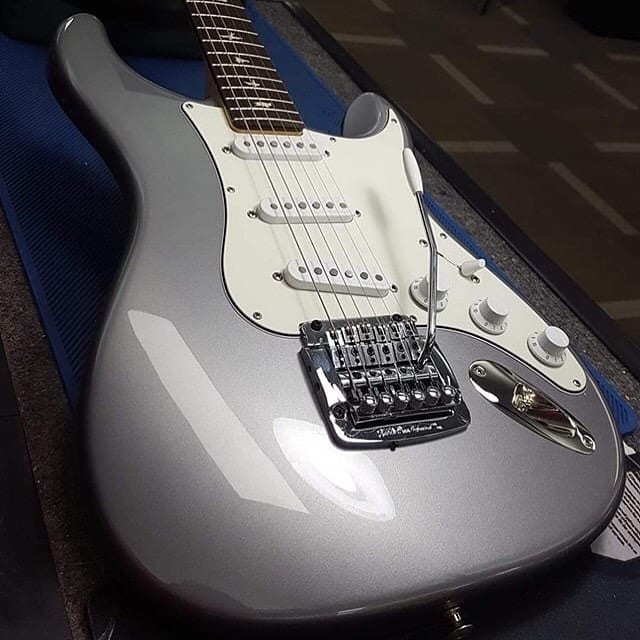 Since its release, the Silver Sky has been controversial among Fender and PRS purists, so to put a locking bridge system onto one will probably send them over the edge!

What do you think of this upgrade? Do you think it’s a smart idea? Or is it just too insane for an otherwise ‘understated’ instrument? Let us know in the comments section below.

6 responses to “Someone put a Kahler trem on a PRS Silver Sky and we don’t know why!”