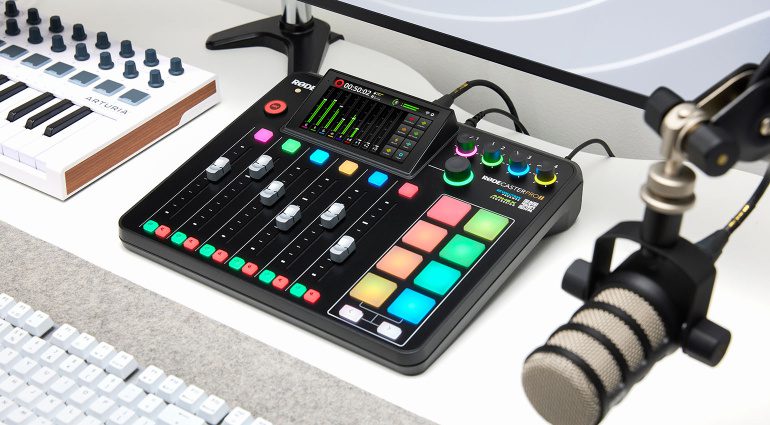 RODE has announced the RODECaster Pro II Audio Production Studio. The next generation of the popular podcasting studio has become even more versatile and comes with many new features, including Revolution preamps, SMART pads, dual USB ports, XLR-1/4” combo inputs, and more. The new RODECaster Pro II is an all-in-one solution for everything from podcasting to streaming to music production. 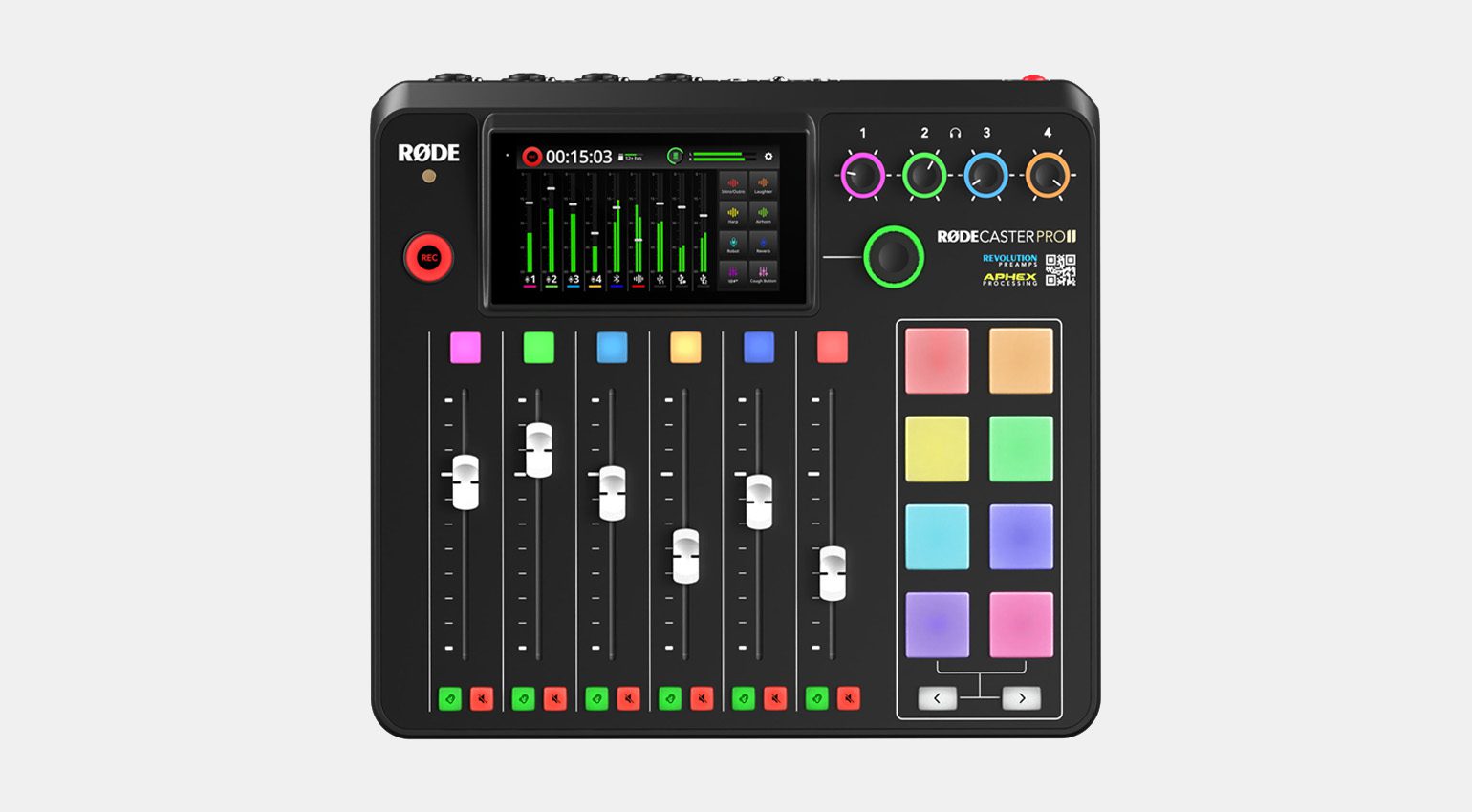 The fact that the manufacturer now calls it an “Audio Production Studio” rather than a “Podcast Production Studio” is proof that the RODECaster Pro II has been designed to be even more versatile. For example, the four analog audio inputs now feature XLR-1/4” combo jacks and accept microphone, line, and instrument levels. This means that you can now also connect your guitar and/or synthesizers and use the RODECaster Pro II as an audio interface or stand-alone recorder for music production. Moreover, the microphone inputs now feature low-noise Revolution preamps with plenty of gain (76 dB), thereby eliminating the need for microphone boosters.

RODE has also overhauled the user interface. The original RODECaster’s eight faders with fixed assignments have been replaced by six physical faders and three virtual faders, all of which are freely assignable to the nine mixer channels. This also means that the touchscreen will be getting more action. Consequently, it’s now bigger, mounted at an angle, and accompanied by a rotary encoder. 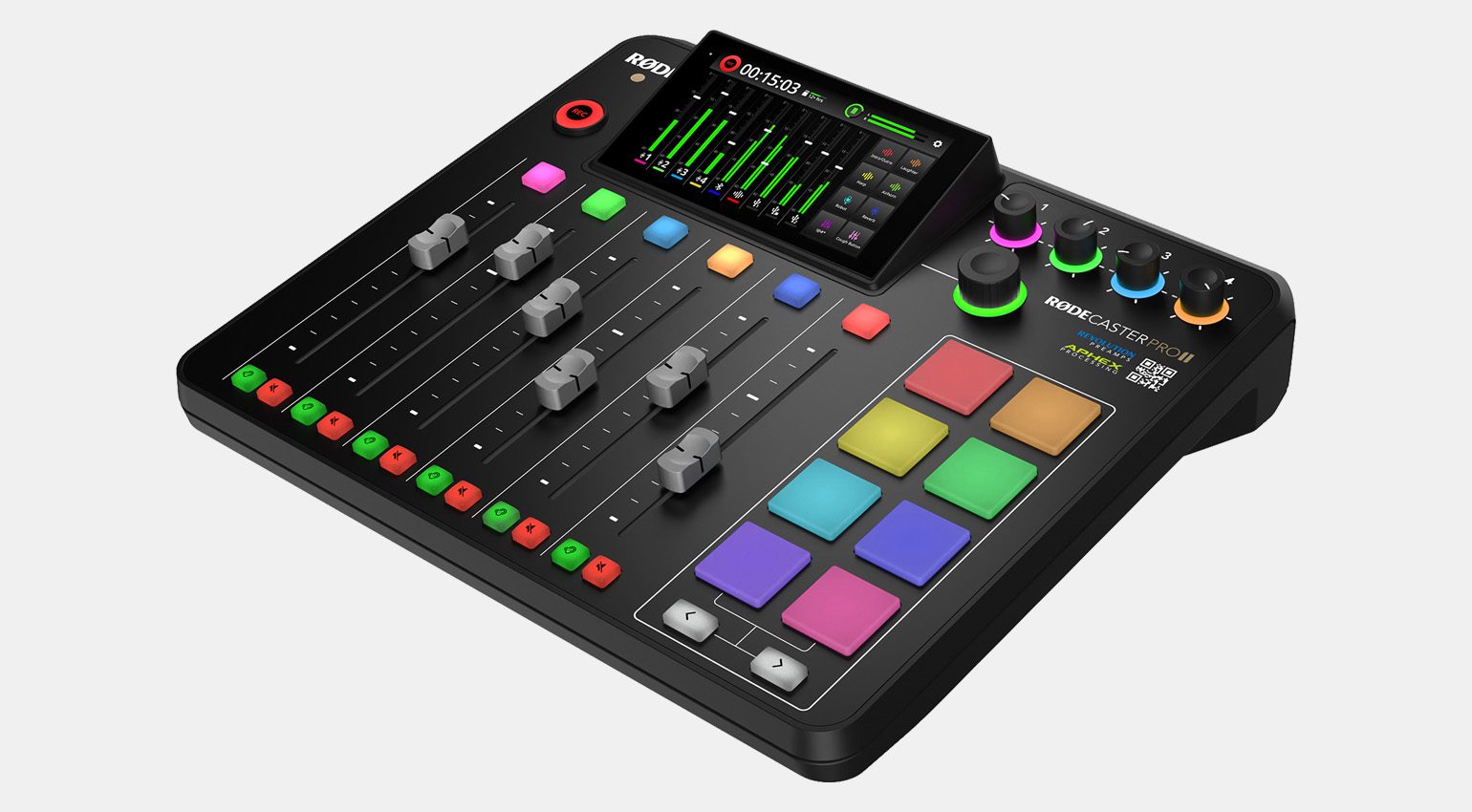 In addition to the four analog input channels, you can mix and record audio over Bluetooth (for which there are music and headset profiles) and USB. The RODECaster Pro II features two USB-C ports for connecting two computers and/or mobile devices. The main interface works as a 2-in/16-out multichannel device or a 2-in/2-out interface with mix-minus. The second USB port is a 2-in/2-out interface with mix-minus. Furthermore, RODE says that the broadband Bluetooth connection allows you to record phone calls or stream audio in high quality. There’s even an Ethernet port and WiFi connectivity, which could be quite useful for streaming applications.

Like the original RODECaster Pro, the RODECaster Pro II offers four headphone outputs with individual level controls, which are now color-coded. The eight pads have also become much more versatile and RODE now calls them “SMART Pads”. You can of course use them to trigger sound effects, background music, samples, or jingles. In addition to this, however, they can now be used to trigger voice effects, send MIDI commands, or activate automated mixer actions.

To sum up, the new RODECaster Pro II is a massive upgrade. The successful podcasting studio has evolved into an all-in-one audio production system that can handle anything from podcasting to streaming to music production. 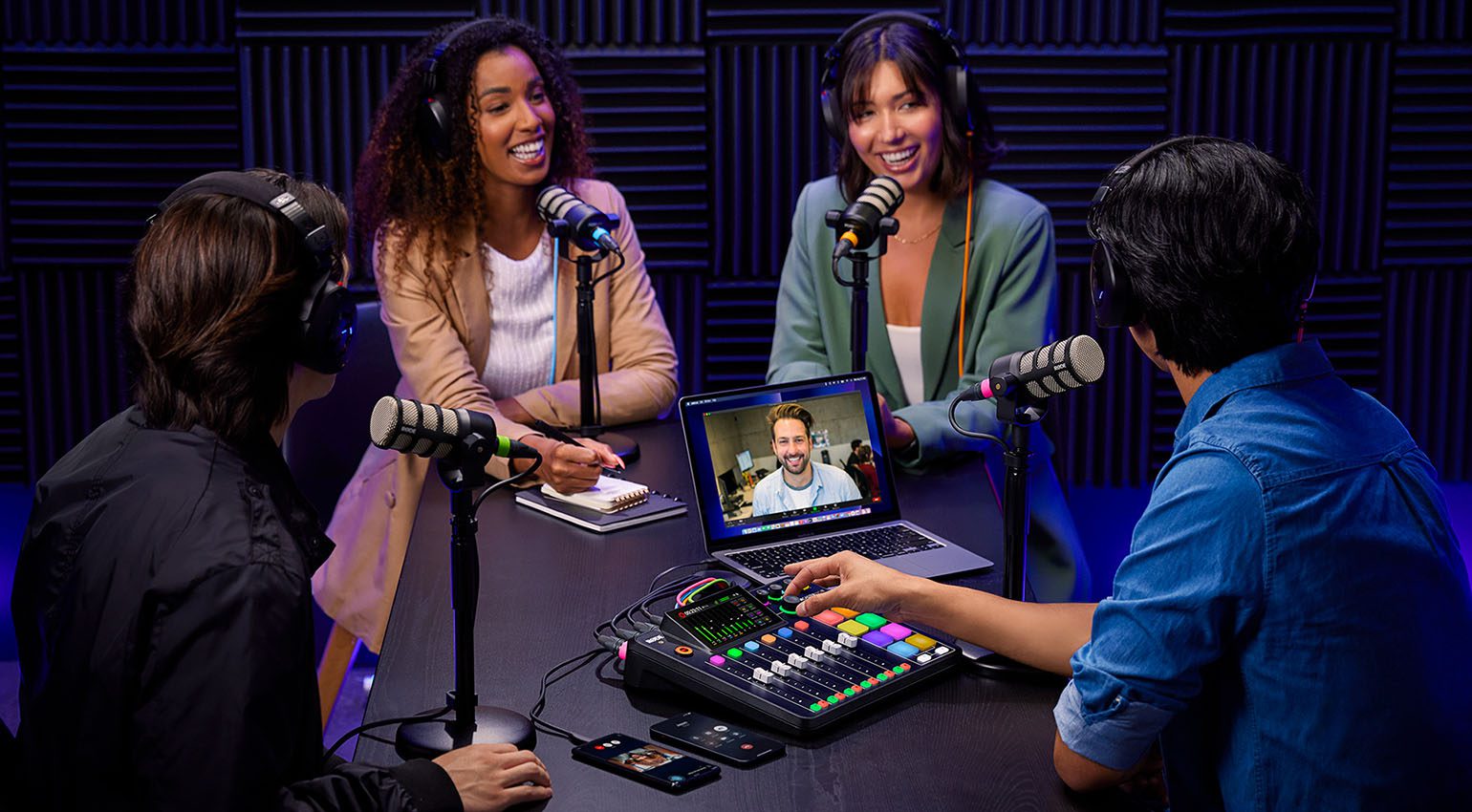 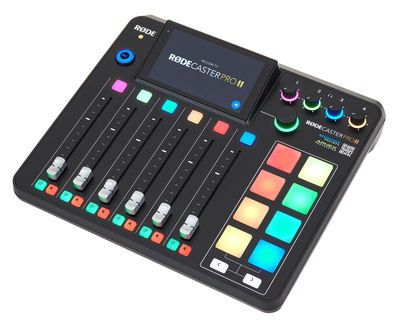 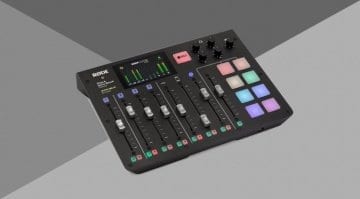 RODE goes all-in on podcast recording with the RODECaster Pro 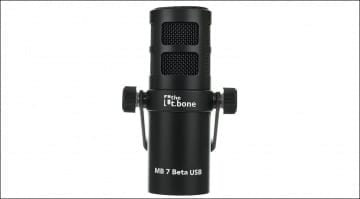 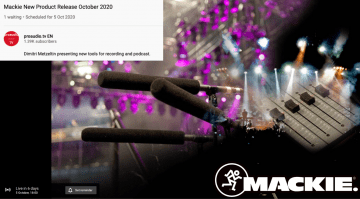 Is Mackie about to announce a suite of new podcasting tools?