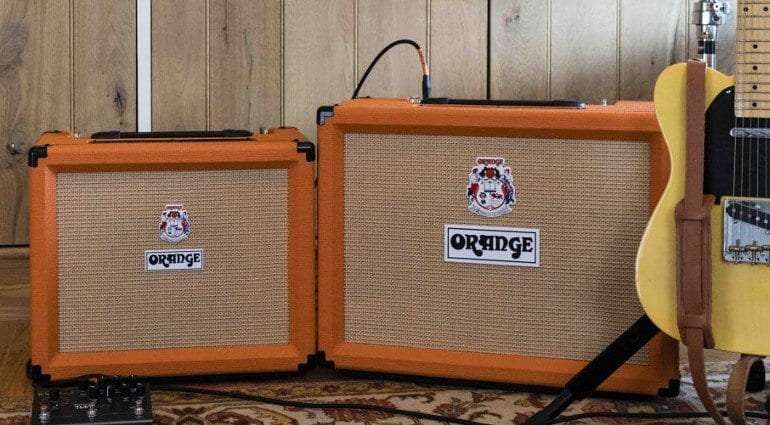 Orange today announced the release of the new lightweight versions of the Rocker combo amps, available in 32W and 15W. Orange are aiming these at players that like to use pedals and also have made them substantially lighter by removing heavy transformers and large speakers.

By scaling down to 10″ “Voice Of The World Gold label” speakers and using the smaller transformers from the Terror series of ‘lunchbox’ amps, Orange has managed to trim a good few pounds and make these two new combo amps substantially lighter and therefore easier to carry around.

The whole exercise has cut not only weight but costs, as the components tha t have been ditched are some of the more expensive ones in amp manufacturing. That will make these both cheaper to manufacture and lighter, in turn making them cheaper to ship.

The Orange Rocker 32 is a 2×10 combo and can run at full 30w or half power, with each side outputting 15w. Being a twin speaker amp it means you have some stereo capability there as well, and combined with the stereo effects loop there’s some interesting features on offer for players that like to use stereo effects.

The Rocker 15 has just one 10″ speaker and can be run at either 15w,7w, 1w or a minuscule half a watt! That’s great for bedroom players and, of course, studio recording, too.

Each model has two channels, one labelled Natural – which is your clean channel – and the other labelled Dirty, where you’ll find all your gain and filth.

With four EL84 power amp tubes and six 12AX7 preamp tubes in the Rocker 32, then a pair of EL84s and just four 12AX7s in the Rocker 15, both amps should sound pretty decent. Be sure to check out the two official demo videos below for an idea of what these two lightweights can achieve. 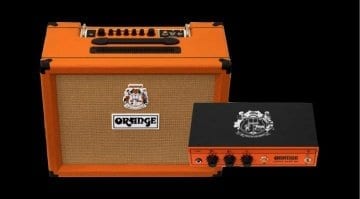 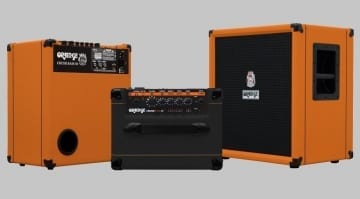