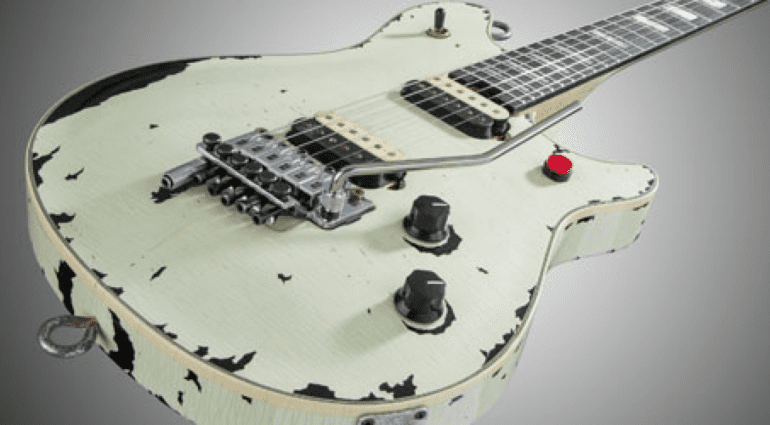 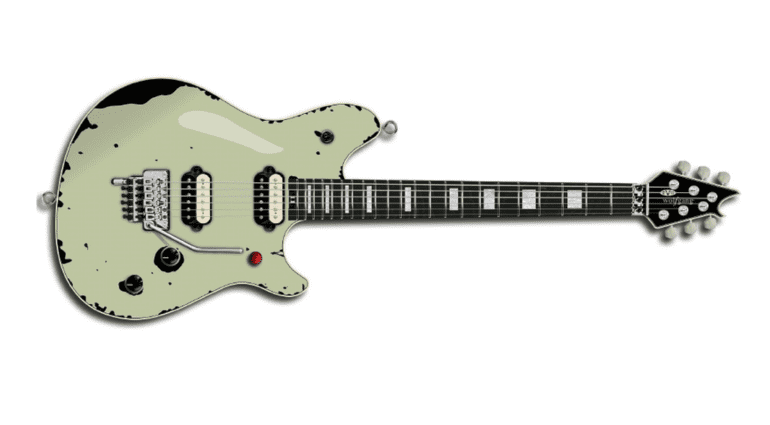 EVH have announced a very limited run of only 20 guitars and are unveiling them to the fans at this year’s NAMM Show. This is based on the guitar that Eddie Van Halen has been playing on stage during the bands recent tour.

Each guitar is a meticulous copy of the guitar that Eddie has been playing live and the level of detail is pretty insane. The original guitar was custom-made for Eddie and was designed to complement his Black Stealth model from the 2012 Van Halen tour. But Eddie ended up preferring the relic’d white one and went out on tour with just that one instead.

You can see from the photos that it looks as though it’s done some serious touring already! All of this effect is, of course, faked by hand and the whole guitar should actually play like brand new guitar, only it will look worn in and you won’t be afraid to get a ding.

The Wolfgang guitars are great modern spec guitars and have lovely necks. I own a regular one myself and even though on paper I shouldn’t like it (its quite small and I’m 6’3″and a Floyd Rose with no pull up), in practice I really enjoy playing it and think it sounds perfect for modern rock tones.

I’m not sure I would want a relic’d one myself, but if you are a Van Halen fan then you may well want to try and grab one. However, they are not cheap!

You could always buy a regular one, though. EVH have also launched some of those models in new colours for this year, including Matte Army Drab, Satin Red and Gold.

All the Wolfgang models feature a basswood body with a maple cap, Eddie’s favourite neck profile, custom-wound EVH pickups and his trademark Floyd Rose with an EVH D-Tuna trem system. Love or hate him, he does help design some really well playing instruments. All those years of chopping up old Stratocasters and pulling old vintage PAF humbuckers out of vintage Les Pauls has paid off it would seem…