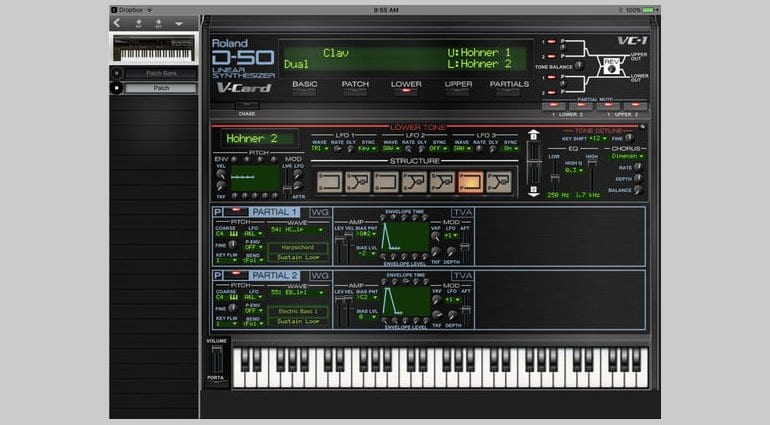 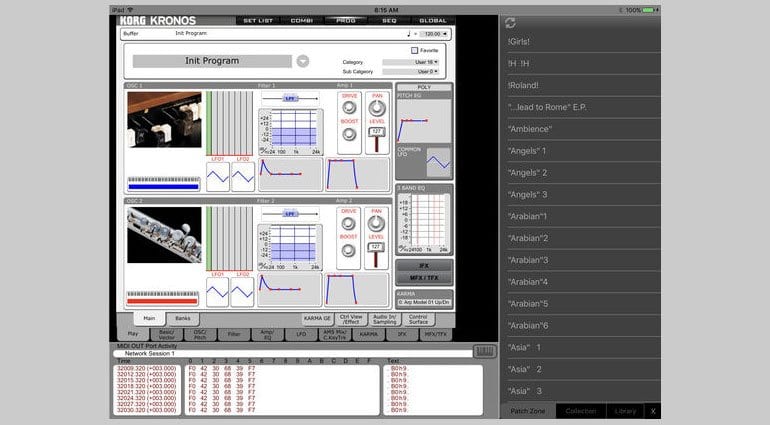 Midi Quest from Sound Quest has been around forever. It feels like it’s as old as MIDI itself. Midi Quest is an editor librarian and supports pretty much any MIDI instrument or device you can think of. Now they’ve introduced a version for the iPad that places editors for over 630 instruments onto the tablets touch screen. They’re calling it MidiQuesti.

So what does it do exactly? It provides patch editing, storing and organising of hundreds of MIDI synthesizers, samplers and devices. It doesn’t just deal with regular parameters, it unearths and provides control via SysEx to all the deepest editable features. It can also be the centre of your MIDI setup. You can store the configuration of a whole studio’s worth of gear and fire it all out to select patches on all your gear whenever you need it to. And it does all this in a reasonable looking and appropriate graphical interface.

The patch tweaking capabilities are amazing. MidiQuesti can let you copy blocks of parameters from one patch to another. It also has patch generation features which take existing sounds and combines them in different ways to create whole new banks of sounds. It’s like it has its own ability to experiment. But if you like to browse then Sound Quest’s latest patch collection contains over 180,000 sounds.

Editing On the iPad

Midi Quest has always felt a bit dated. The Sound Quest website looks like it was built in the 1990’s and has screenshots from Windows 7. The interface, although decent enough to look at, has always included a lot of information in a small space. Translating that to the touchable interface of the iPad could run into trouble. Looking at the screenshots and reading some of the user reviews it seems as though trying to hit those parameters with fingertips can be rather frustrating. Although it does say that there are 3 levels of scaling available to make “fast and easy”.

There’s no doubt that Midi Quest is a phenomenal piece of software covering decades of synthesizers. Bringing that power to the iPad makes sense but it may need a bit of work in the interface department if it’s going to become the go-to editor on this platform.