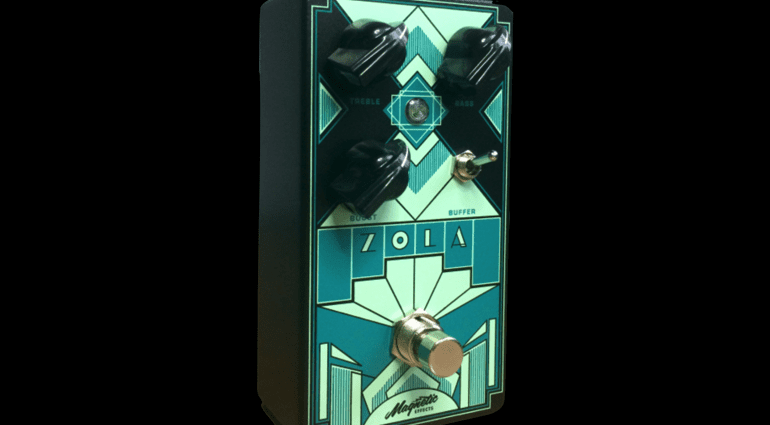 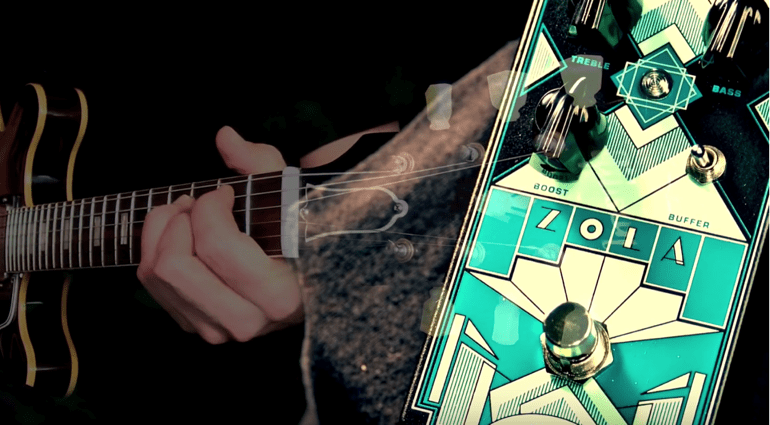 Magnetic Effects are based in London, UK and if you’re not familiar with them, they hand-build (in my opinion) some really nice effects pedals for guitar. Their new Zola is, essentially, a clean boost with a two-band EQ that’s being offered at a very reasonable price point given that it’s a ’boutique’ unit.

The pedal’s controls consist of Boost, Treble and Bass knobs, plus a mini-switch for the buffer. It’s a very simple layout.

There’s 20 dB of boost on tap if you want it, provided at the flick of that switch. The two-band EQ is active and offers both boost and cut ability to the treble and bass responses, letting you subtract frequency content rather than only adding more. It is, apparently, designed to be able to complement different guitars.

The Zola can be either true-bypass or, of course, buffered if you choose to add in that 20db of Boost. The pedal can be run at the end of a signal path to bring your levels back up and increase your guitar’s tone if necessary. Often, using a lot of effects pedals can degrade the quality of your guitar’s tone, especially if they are all true-bypass, so effects like the Zola are designed to give you back some of the ‘sparkle’ you are missing. 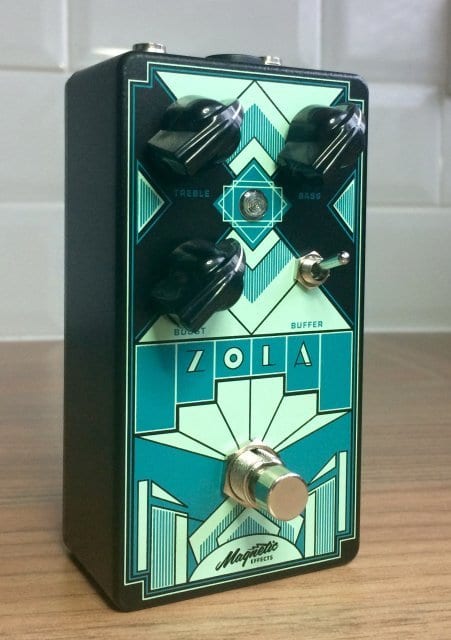 The company has squeezed a charge multiplier into the Zola so that it runs internally at 30V off a regular 9V power supply. With plenty of internal headroom, you should get a signal that stays very clean indeed. I like the clean layout of the pedal and I really like the graphic on the front as well, as it makes it look quite ‘arty’.

I think the Zola looks like a well-priced pedal for players that are concerned about keeping their guitar signal intact, or as a nice little tonal boost for players that want to squeeze as much as they can from their guitar’s natural tone. In the demo video below, you can clearly hear the EQ, buffering and boost being applied.

The pricing is also very keen for a hand-built pedal using high-quality components, and there are some useful features for not a lot of dosh. 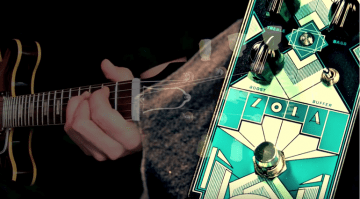 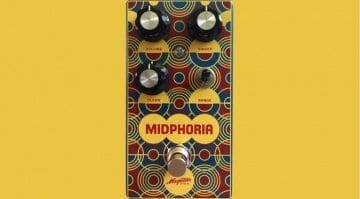 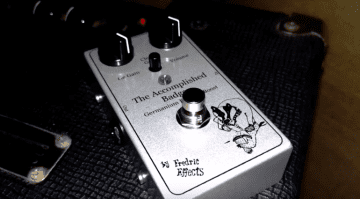 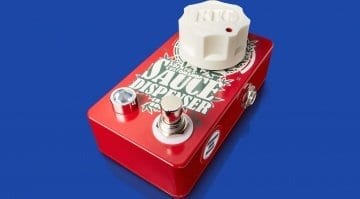 Dr No Effects ready to boost your crystal with the, er, KFC Sauce Dispenser!