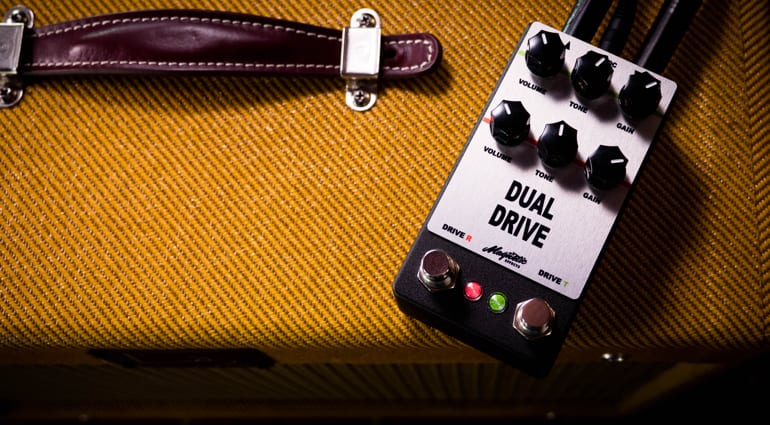 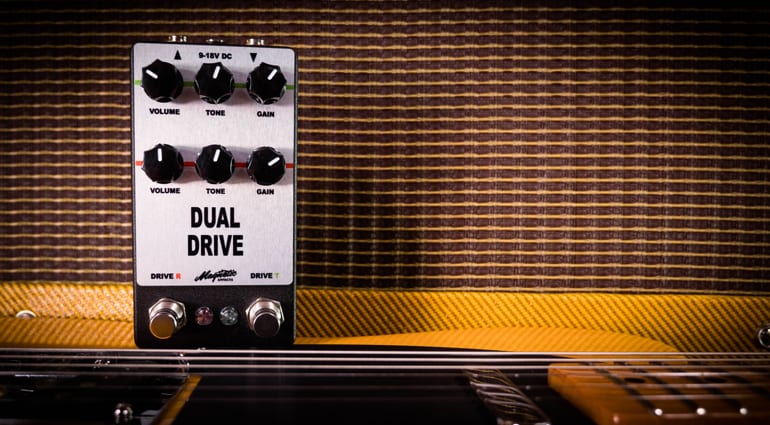 Billed as offering two drives – one in the style of a RAT, one sounding like a a Tubescreamer – in one box, the new Magnetic Effects Dual Drive is an overdrive pedal with two distinct personalities. Designed and built in London, UK, this new boutique drive is pretty versatile and could be a good choice for players needing lots of drive tones on tap.

The Tubescreamer side of the Dual Drive has been modded by Magnetic Effects for asymmetrical clipping for more ‘even order harmonics’ and a little less compression. The signal path has been kept simple for a bit more clarity, Magnetic says.

The “RAT half” of this drive pedal is a standard Rat-style circuit with a couple of mods. Like the other drive sound, the clipping mode on this one has been changed to asymmetrical clipping for more even order harmonics and less compression. The Tone control works clockwise, in the conventional direction. The filter control on the original RAT pedal worked in the opposite direction.

The audio demo below gives you a good idea of what to expect from the new Magnetic Effects Dual Drive. I use a RAT pedal a lot, though I’ve never been a fan of Tubescreamer ‘mid-hump’ overdrive tones myself. This new variation on these two classic drive pedals sounds pretty decent and very useable, so well worth checking out.

The Dual Drive can run at 9-18 Volts. 18 Volts you’ll get more headroom and a touch more punch to the drive tones. It is a true-bypass pedal, so there shouldn’t be any issues with ‘tone suck’ here.