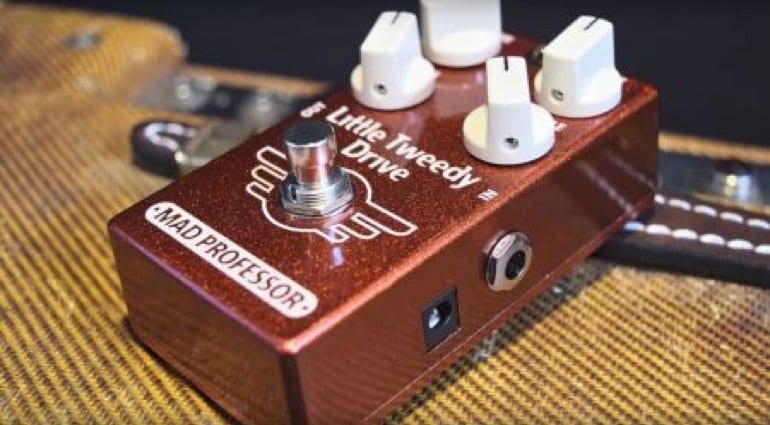 The Mad Professor’s pedal laboratory has come up with a new product in time for NAMM 2018. It’s called the Little Tweedy Drive and is aimed at those players that want an old Fender Tweed Deluxe amp ’50s overdrive tone in a neat, simple little pedal enclosure.

In the official product demonstration video below, where they play the Hotel California twin solo by The Eagles, Mad Professor goes as far as A/B testing the new Little Tweedy Drive pedal with an original Fender 1958 Tweed Deluxe amplifier using various guitars for reference, so you know exactly what they are trying to achieve with this new overdrive pedal. 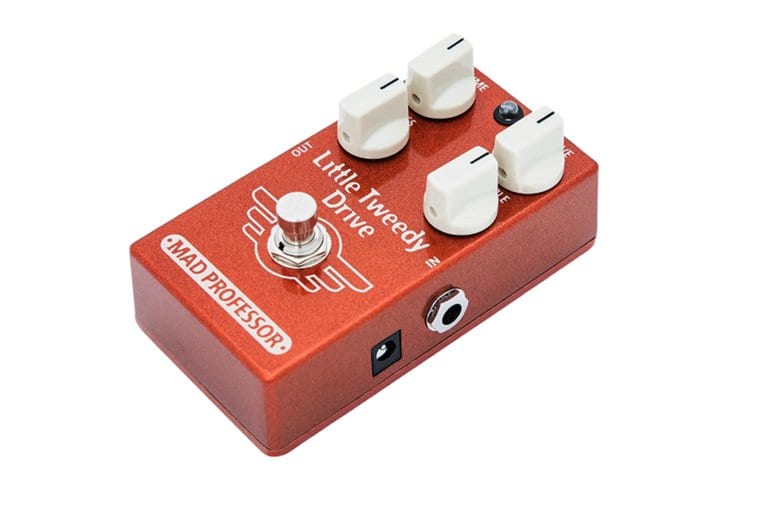 With a super-simple Volume, Drive, Bass and Treble control layout, this new overdrive pedal should make it easy enough to dial in your desired tones. The pedal itself is true-bypass and so won’t mess with your signal chain when not engaged. It can also run from an external 9-volt DC power supply or a battery.

It is really hard to comment on pedals like this one unless you have tried it out yourself, so I cannot say how it will be to use. The demo video makes it sound really good, though. And all the Mad Professor pedals I have ever tried out have been great, so I have high hopes for this new one.

It isn’t the cheapest boutique overdrive pedal on the market. Then again, it is not the most expensive either and so it sits somewhere in the middle ground price-wise. Unlike some boutique pedal companies which have a year-long waiting list to get their pedals, this one will be available from April and there is no waiting list to join, so roll on April! 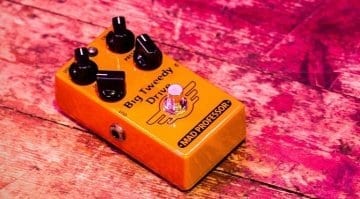