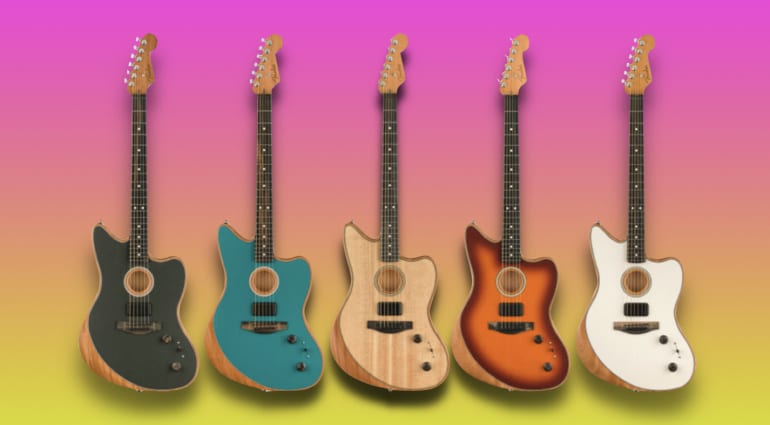 Fender’s Acoustasonic will soon be available in a Jazzmaster model, according to leaks that have surfaced on several dealer sites. This would add an offset model to Fender’s hybrid electric/acoustic range, currently based around Stratocaster and Telecaster shapes. Features and price point look to be the same as the exitsing models.

According to the dealer sites who published details of the new guitars early, these new offset boded Acoustasonic Jazzmaster models will have the same Fishman-designed acoustic engine as the other two versions already in existence. The webstore pages are quoted as follows:

“The American Acoustasonic Jazzmaster represents the next phase of purposeful innovation that drives Fender acoustic guitars. The power of the Fender and Fishman-designed Acoustic Engine is sure to deliver true inspiration. From acoustic shapeshifting to electric rhythm tones, this extremely versatile guitar opens a new door to discovering endless sonic possibilities.” 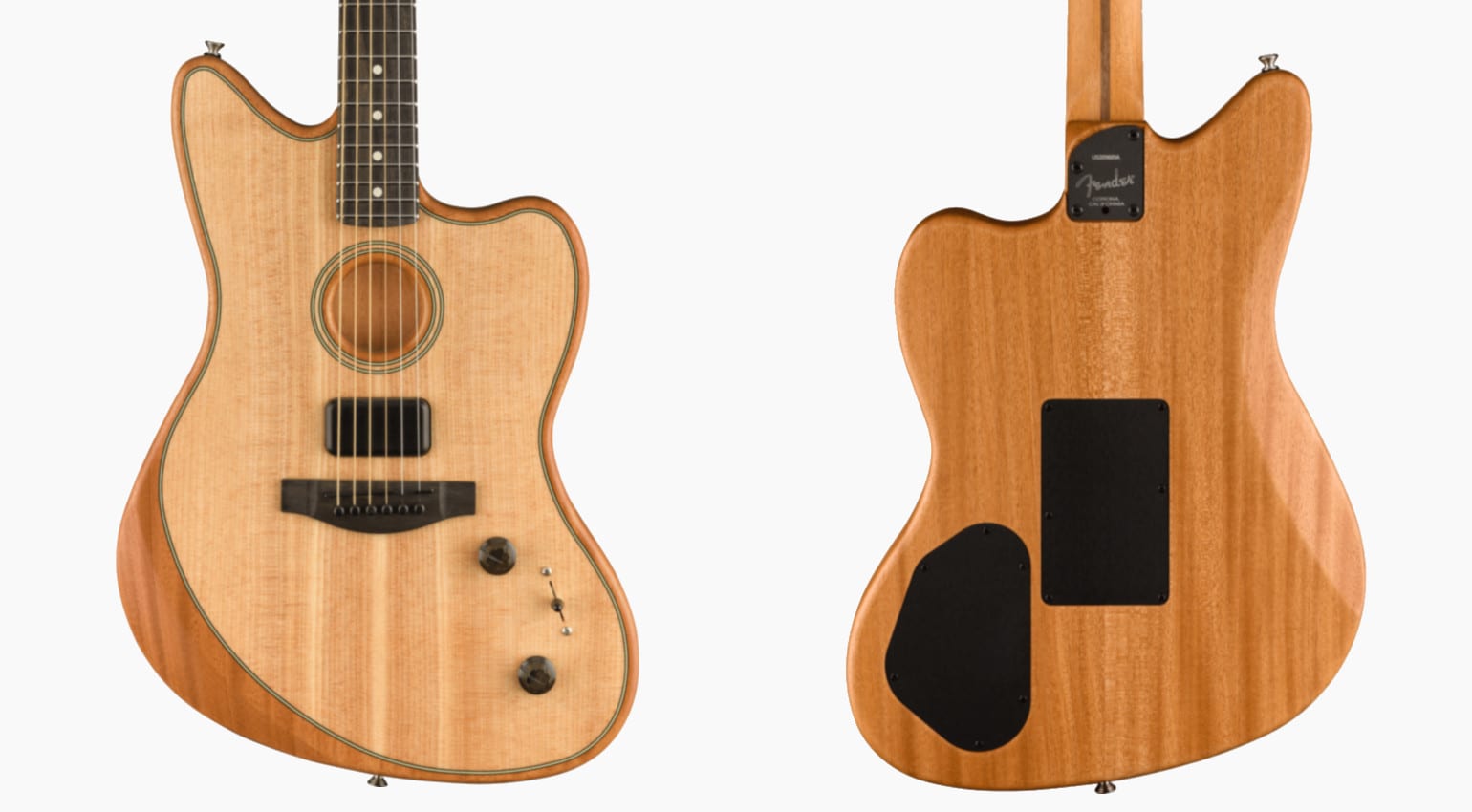 Yandas Music has them listed in five colours and at a price point of $1999.99 each. Everything we’ve seen so far indicates that this is more of the same, just with a new body shape. 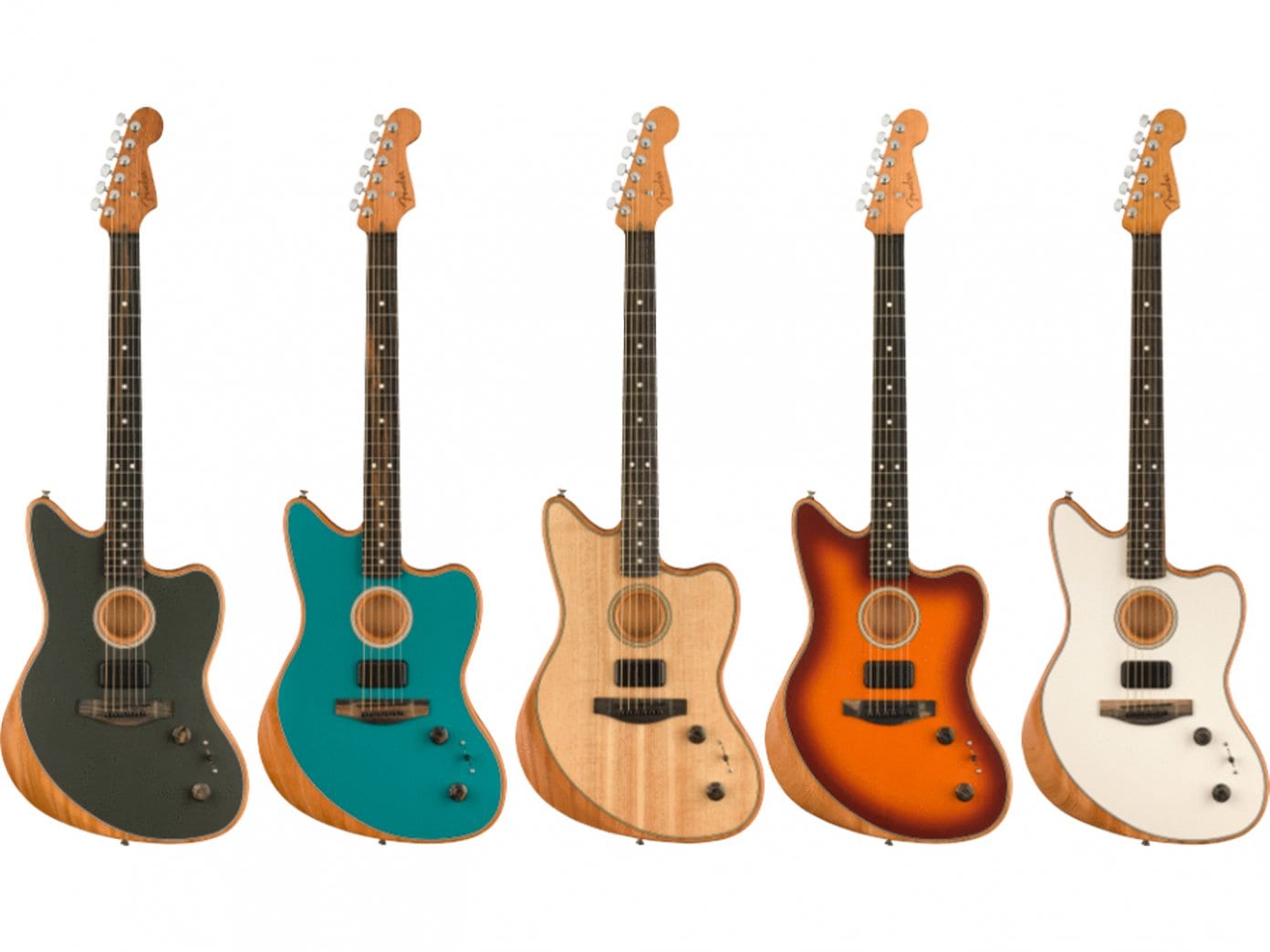 Shipping is slated for March according to Canadian dealers St. John’s Music and Rufus Guitar Shop. Expect an official announcement soon from Fender on this new variation of the Acoustasonic  range. There is nothing official on Fender’s main site yet, so keep checking in for updates.

If you check out Deep Sea Diver‘s Instagram account, you can see Jessica Dobson playing a white one, so we reckon this model will be out pretty soon if Fender is giving them to artists to try out. 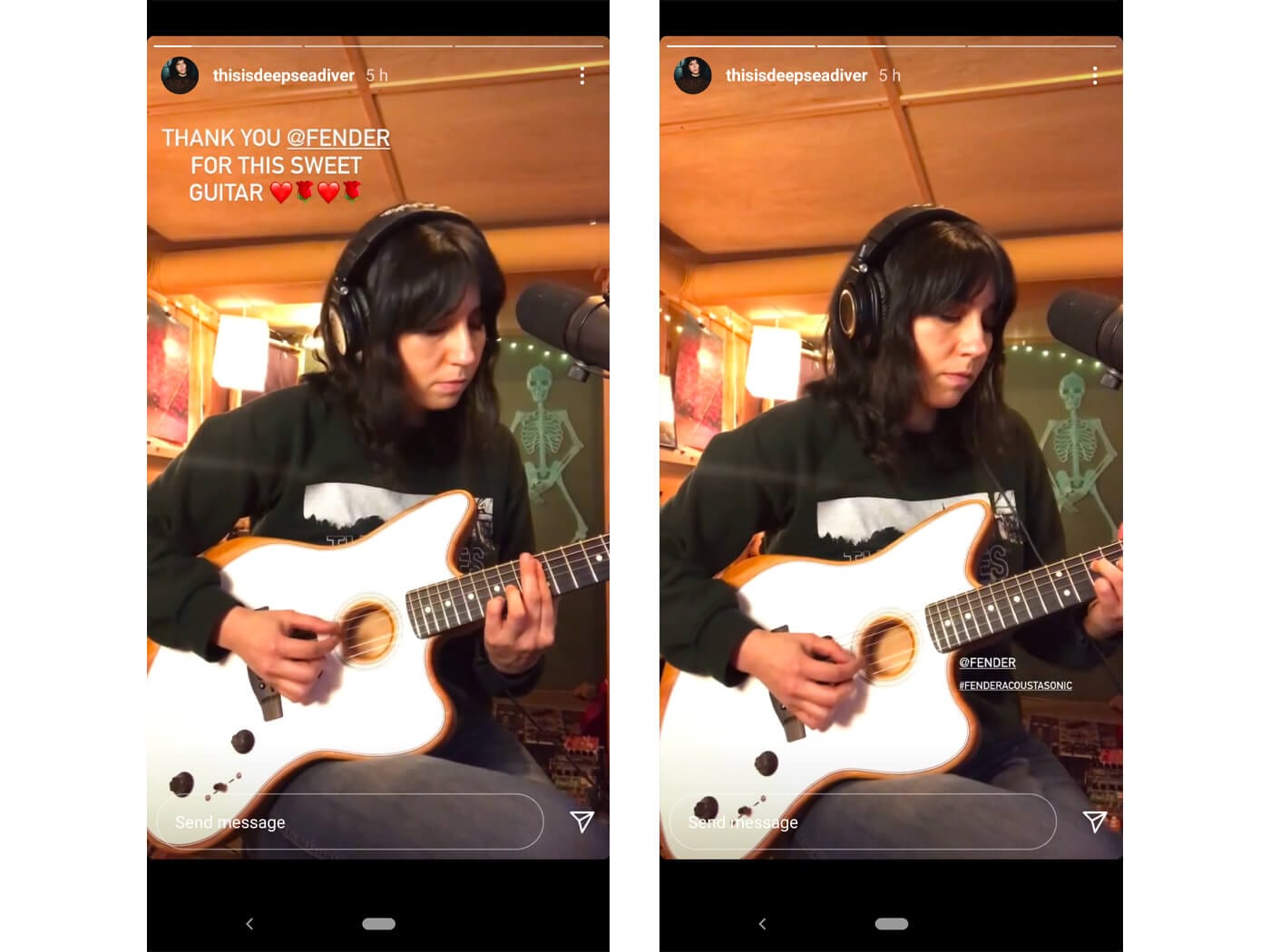 Would you buy one?

If you have not heard the previous versions of the Acoustasonic, I have included some of the official videos below so you can hear them in action. Tell us what you think of these new leaked Acoustasonic Jazzmaster models in the comments section below. Would you buy one? 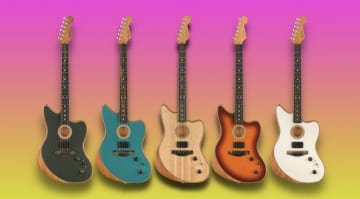 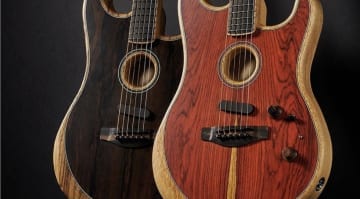 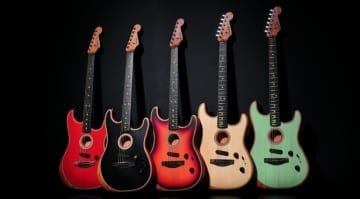 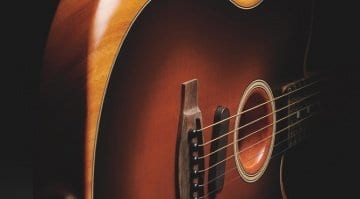 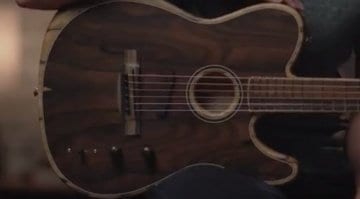 One response to “Leaked Fender Acoustasonic Jazzmaster: More of the same in an offset shape”

I feel like these are the best looking of the bunch. Have the tele one currently. Hopefully they make either the black or aquamarine in a left-handed version. The tele was only available in Natural for lefties.