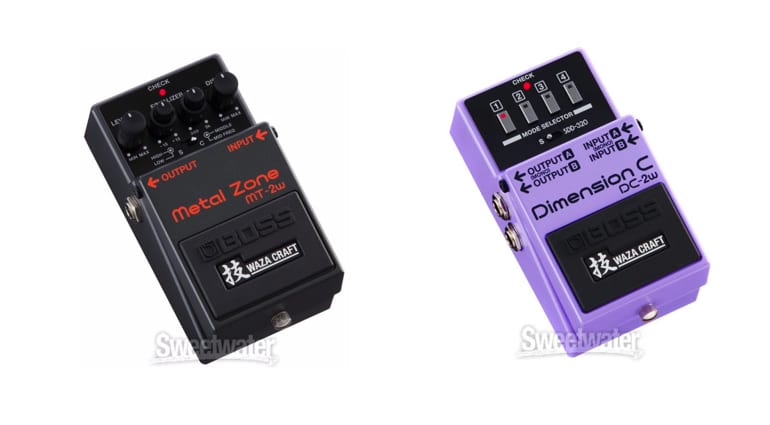 Is BOSS preparing to release a new Waza Craft Dimension C DC-2w and a Waza Craft MT-2w? Images bearing a Sweetwater watermark purporting to show these two pedals have surfaced on the internet. Are they legit? We have no idea but we certainly hope so.

Two images surfaced on the internet today that have some pedal aficionados in a bit of a tizzy. They were first seen on the TGP Forum and Facebook and appear to show two new, as yet unannounced Waza Craft versions of older BOSS pedals.

The first image appears to show a DC-2w! The original 1980s BOSS Dimension C was a legendary chorus pedal that featured preset buttons rather than dials. But it was short lived and collectors hold it in high regard. Many players are assuming it’s not a clever hoax and are getting pretty excited at the prospect of this beast becoming a reality! 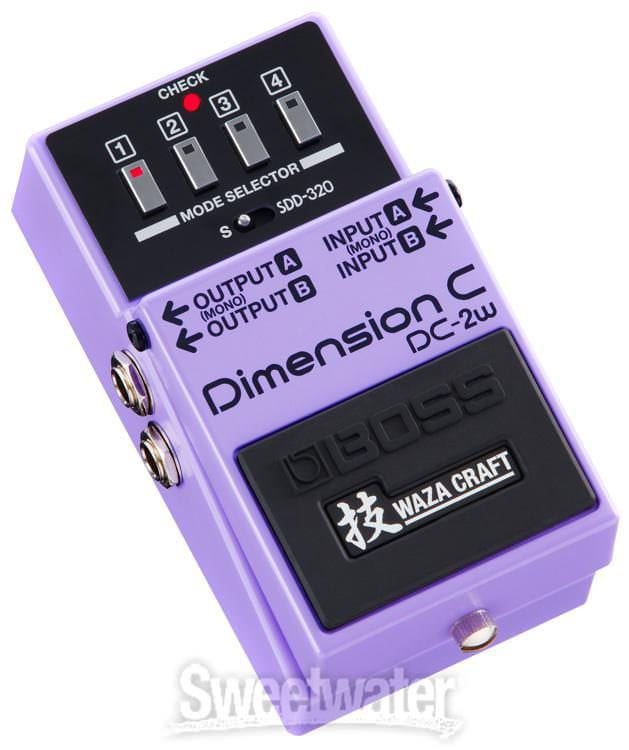 Images of another putative BOSS pedal also surfaced, again bearing a Sweetwater watermark. Assuming this isn’t a hoax, this picture looks to be of a MT-2w – a Waza Craft version of the MT-2 pedal? 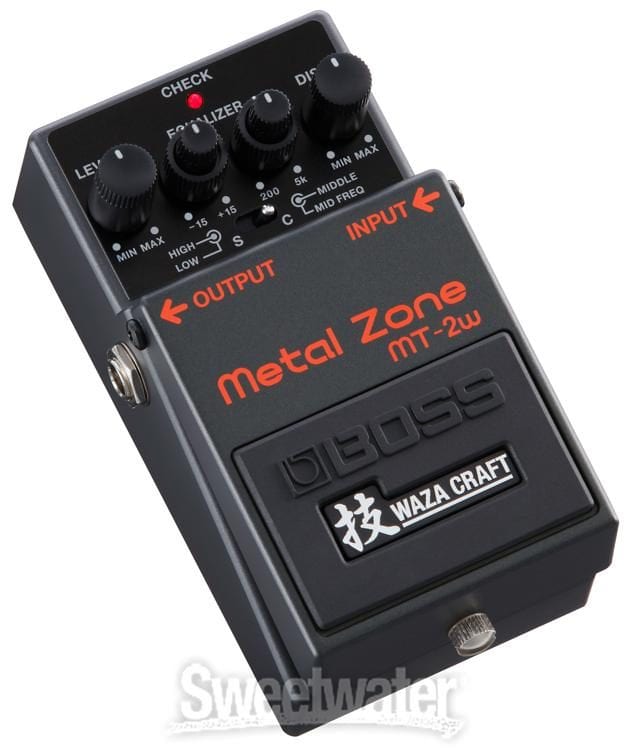 By the way, BOSS recently launched an official teaser video. It’s suggestive of a dark pedal with dual concentric pots. That would tie in with the MT-2w model we saw above…

Are those two “photos” on the level? All will be revealed in due course, no doubt. We’ll keep you up to date on all the developments.

One response to “Is BOSS preparing to launch a Waza Craft DC-2w Dimension C and an MT-2w?”