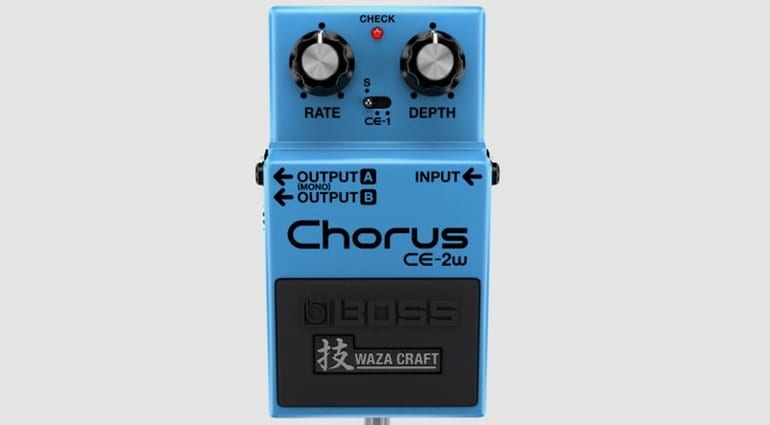 Boss have just announced the CE-2W Waza Craft chorus pedal, which is an updated reissue of the famous Boss CE-2 Chorus. Launching at Summer NAMM and available to buy later this year, this little blue box has a lot to live up to.

Often imitated and copied by boutique manufacturers, the Boss CE-2 really is a classic pedal and one that many players love. It was discontinued a long time ago and is therefore now very sought after. Original Japanese made versions trade hands on auction sites like Ebay for lots of money.

This new addition to the Boss Waza Craft series brings back those lovely lush chorus tones of the originals just with an updated set of features for modern players. These include stereo outs, as the original was a mono effect, and there’s also a CE-1 mode based on the earlier large mains powered Boss Chorus pedal which was released back in 1976. 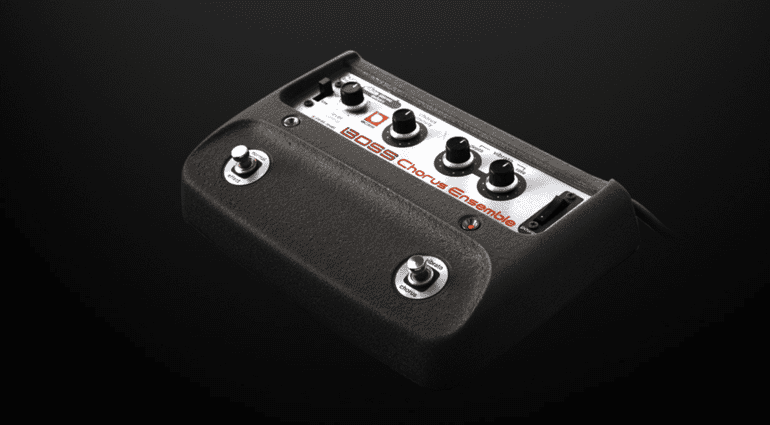 This unit gives you two well-respected Boss chorus pedal tones in one unit and with stereo outputs. Boss are using real analogue circuitry on this pedal: no DSP chips here, it’s all analogue Bucket Brigade chips, or BBD as they are also known. This means it should sound very close to the original analogue pedals.

I have owned quite a few of the original CE-1 and CE-2 pedals over the last 30 years. If Boss have got this right then these will be very popular with players looking for a reliable modern chorus pedal. The inclusion of stereo outputs just makes sense. For a lot of players, the ability to use this type of effect in stereo will be a big bonus.

The Waza Craft series of updated classic Boss pedals has had a pretty positive response from players since its inception a few years ago. So hopefully this new one will be as good as the rest of the Waza Craft range.