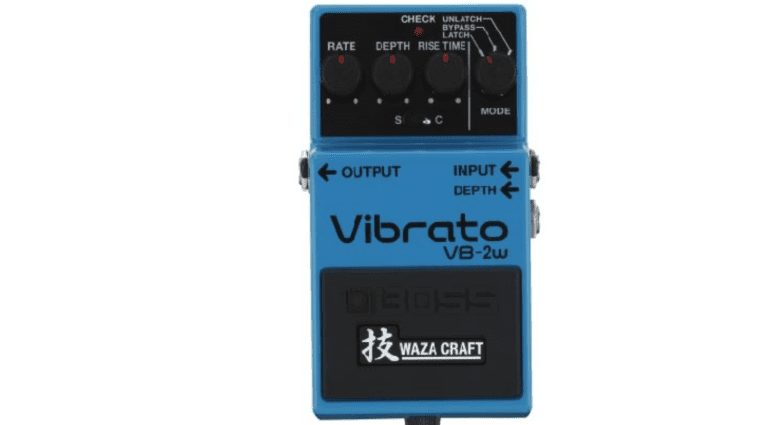 The Boss VB-2W is a 100% analogue modern day version of the original Boss VB-2 Vibrato which was originally released in 1982. The Boss Waza Craft series of pedals seeks to take these classic older Boss pedals and update them with modern components and much better noise floors than the originals. The VB-2W has a new vibrato mode and real-time control function for enhanced expression when using an external expression pedal. The VB-2W will be debuting at NAMM later this week.

The Waza Craft range has been around for a few years now and has been a way for the company to re-issue their older lines and occasionally add updated functionality or new features to these older classic pedals.

This new vibrato pedal will have some stiff competition from a lot of companies that are already known for making this type of pedal, so until we get to hear this Boss reissue with a decent amp, then it’s going to be hard to make any judgements on it. I’m hoping they stay true to the original ‘80s pedals as analogue circuits tend to have a much nicer character than modern DSP-based effects. The short video demo which has just appeared on the web sounds promising though.