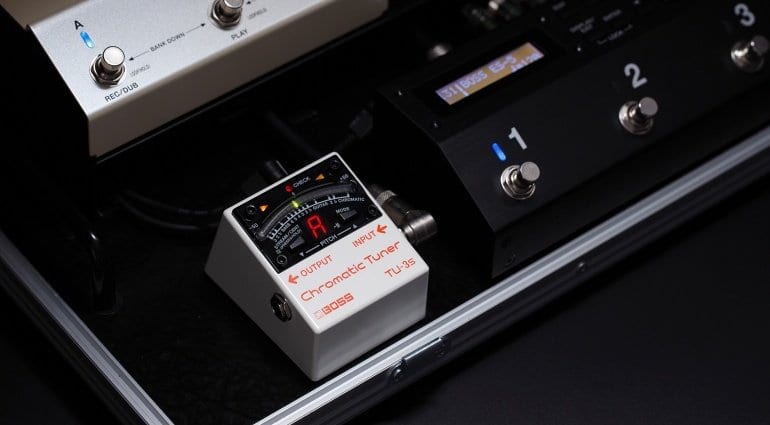 New TU-3S Tuner for those that need more space on their boards  ·  Source: http://www.bossus.com 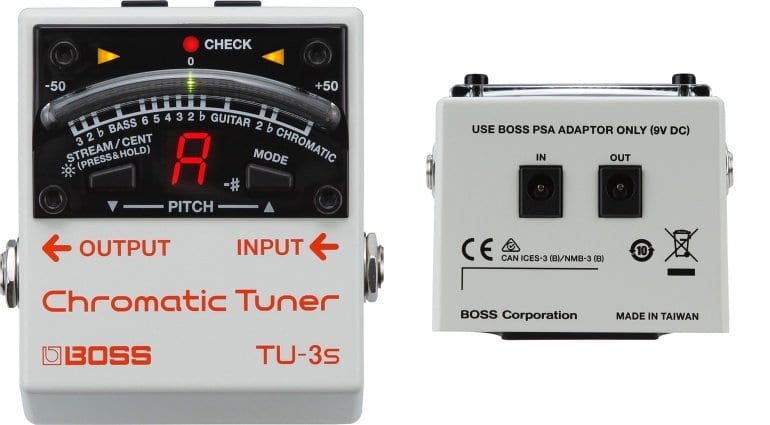 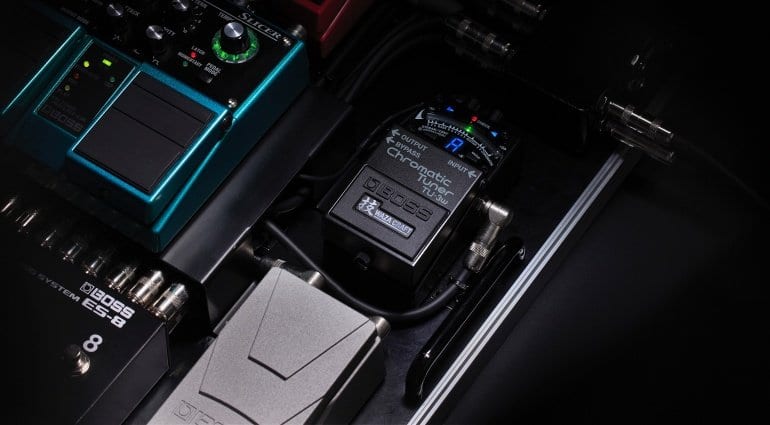 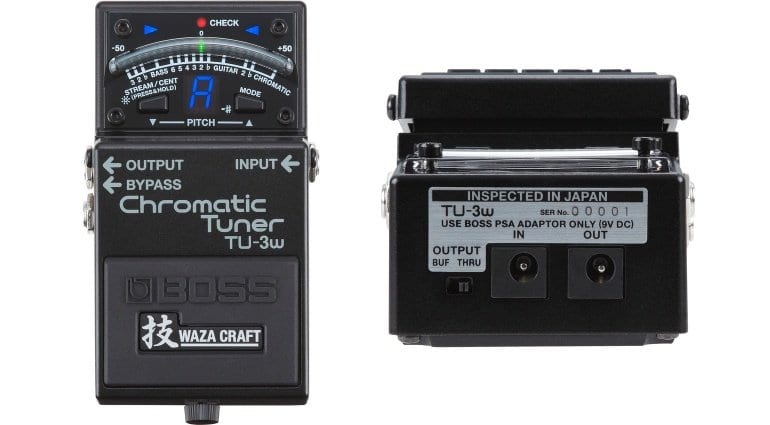 Boss pedals need no introduction and I would imagine nearly every player has used one of their products at some point. A great percentage of us have also used their TU-3 tuner pedal. These two new variations on that theme update the classic design and both offer some new upgrades.

First off is the TU-3S which is basically a smaller version of the original TU-3. It’s been designed for those of us that need to claim back as much space on our pedal board as possible. The unit does away with the foot pedal, saving some space. Boss say the pedal is essentially always on and so your guitar signal just feeds through it and allows you to check your tuning just by glancing at the readout on the top. It also features a power out for sharing power with other pedals on your board.

Next up is the TU-3W Waza Craft edition tuner. This one follows the more classic design of the TU-3, retaining the pedal part. Here, however, the casing is black instead of white. The other difference, Boss say, is that this new incarnation has a ‘redesigned’ circuit with either a selectable buffered or a true bypass operation. They have made the signal path as transparent as possible, allegedly, and so this is now worthy of their Waza Craft emblem.

The world of tuners is pretty bland and neither of these are going to set the world on fire. I like the idea of both, just not sure they actually bring anything ‘new’ to the world of tuning. The displays look pretty much the same as the original TU-3 and the whole ‘transparent’ thing of the Waza Craft isn’t exactly a big deal for me either.

No RRPs are available as yet.