Well, I wasn’t far off with my predictions after the teaser video we saw a couple of days ago. iPad orientated, battery powered, fun and perfect for a certain group of people? Yep, I got that on the nose. But this group of people seems to consist of a skateboarding rock star, a producer with gold disks hanging on his wall and various beautiful sun-kissed humans – didn’t see that coming. It’s the iRig Keys I/O and IK want you to believe it’s the coolest thing ever. 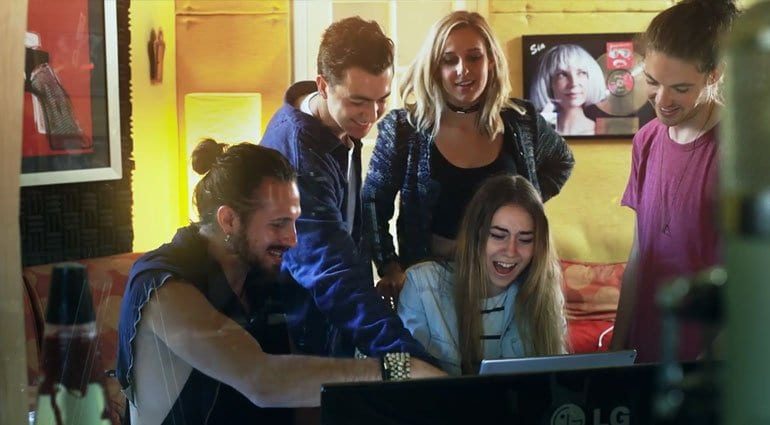 iRig Keys is for beautiful people only

So, what do we have? It’s a keyboard obviously, available in 49 key or the more bag friendly 25 key models. Then they’ve crafted an audio interface into the body of the keyboard. “Genius!” I hear you say. Well not exactly, it’s the sort of thing Roland/Edirol and Line 6 have been doing for years. The very fact that they call it “the only controller with an audio interface” makes me think that they believe they’ve invented this concept. But that doesn’t mean there’s no room for a new one. 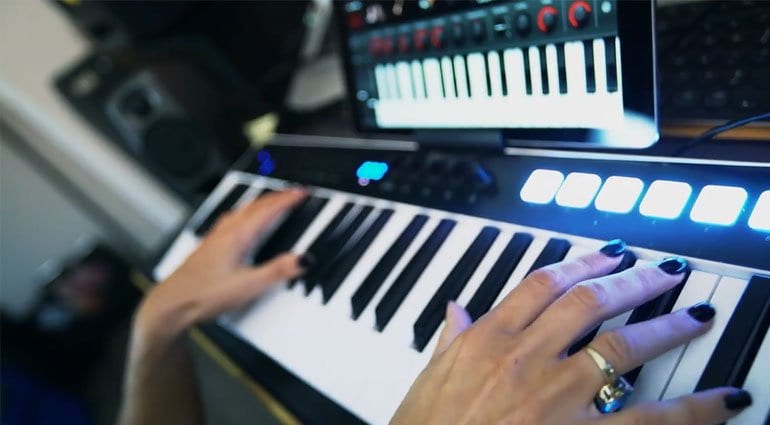 On the back it’s got a mic/guitar/line input, stereo output and a headphone socket… and that’s about it. On the top of the keyboard you get 8 velocity sensitive pads, 4 touch sensitive knob encoders, small touch-strip pitch and mod “wheels” (we can be re-programmed as other things) and some transport controls. 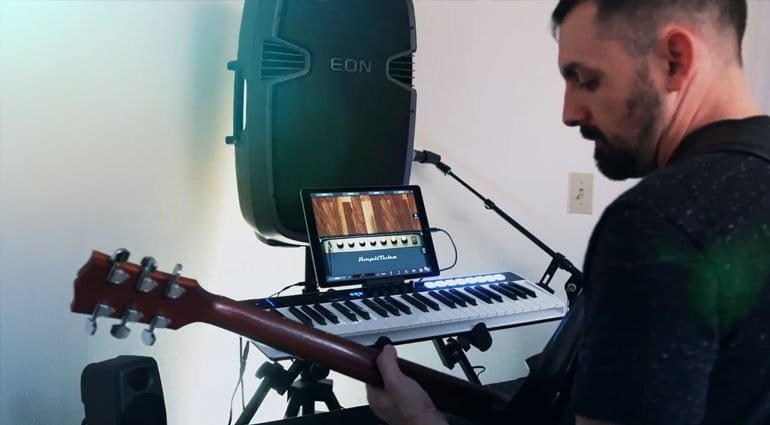 Hey look, you can plug a guitar in

They’ve bundled it with enough software to keep even the most cynical reviewer happy. SampleTank 3, T-Racks 4 Deluxe, Syntronik Pro-V and Miroslav Philharmonik 2 CE (49 keys only) are all included for Windows and MacOS. On the iOS side there’s SampleTank and Miroslav Philharmonik Mobile (49 keys only). In total there’s 13 plug-ins, 3 instruments and 10 effects with over 5000 sounds and 43GB of samples.

Although the iRig Keys I/O is compatible with Windows and MacOS, as the bundled software demonstrates, it’s with iOS that it really starts to shine. It comes with a lightning cable and a stand for your iPad or iPhone. With an optional power supply you can also feed charge to your iOS device. But probably best of all, because it’s MFi certified by Apple (Made-For-iPhone/iPad), it will no doubt be available in Apple Stores. So budding iPad musicians can pick up their whole studio in one place and believe it to be the greatest thing ever (due to the known effect of the Apple reality distortion field). 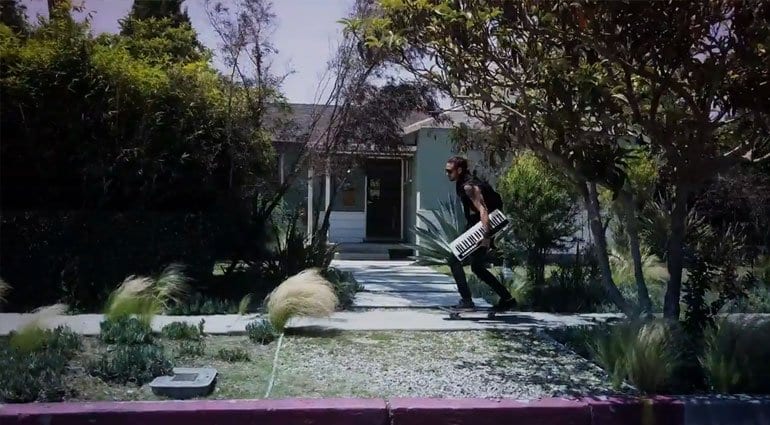 iRig Keys skating off down the road to stardom

IK Multimedia’s all-in-one music production station looks like a decent plastic keyboard with some controls and an audio interface. It’s not reinventing anything or redefining plug-and-play, although to be fair I can’t find another current audio/MIDI combo keyboard. It has a good combination of features and is perfect for people wanting a simple audio/MIDI solution for their iPad that can also work on regular computers.