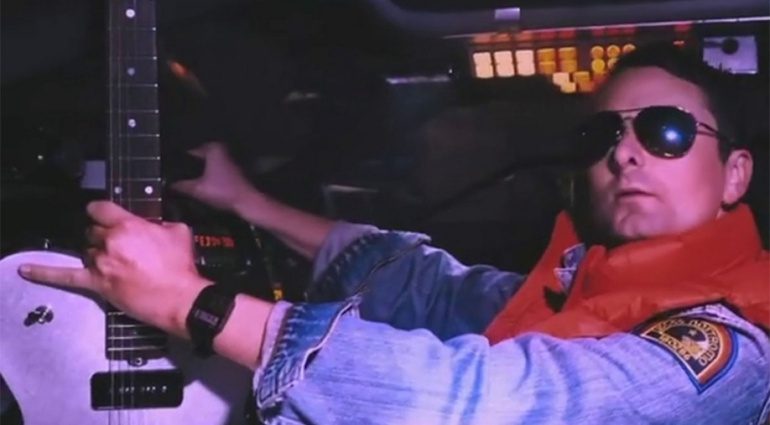 Manson Guitar Works has teased a new mini-film starring the Muse frontman and company owner Matt Bellamy. This homage to the ’80s classic time-travelling Back To The Future trilogy, hints at what could be a new DeLorean-inspired model from the Devon-based, UK guitar company, the DL-OR.

If you follow Manson Guitar Works and Matt Bellamy on Instagram, then you may well have seen the not-so-subtle hints of the announcement of a DL-OR model on 26 October 2021. Many Muse fans will also be very aware of Matt’s Delorean-inspired guitars during his long career, all of which were built by Manson. So it doesn’t take too much detective work to see what is going on here.

Of course, the Michael J Fox films of the ’80s featured a time-travelling DeLorean that, when it hit 88mph, would travel through time with the help of its Flux Capacitor. In the teaser film (posted below), Matt Bellamy takes on the role of Marty McFly, wearing the all-important “life preserver”. Though, thankfully, he doesn’t get his Calvins out! 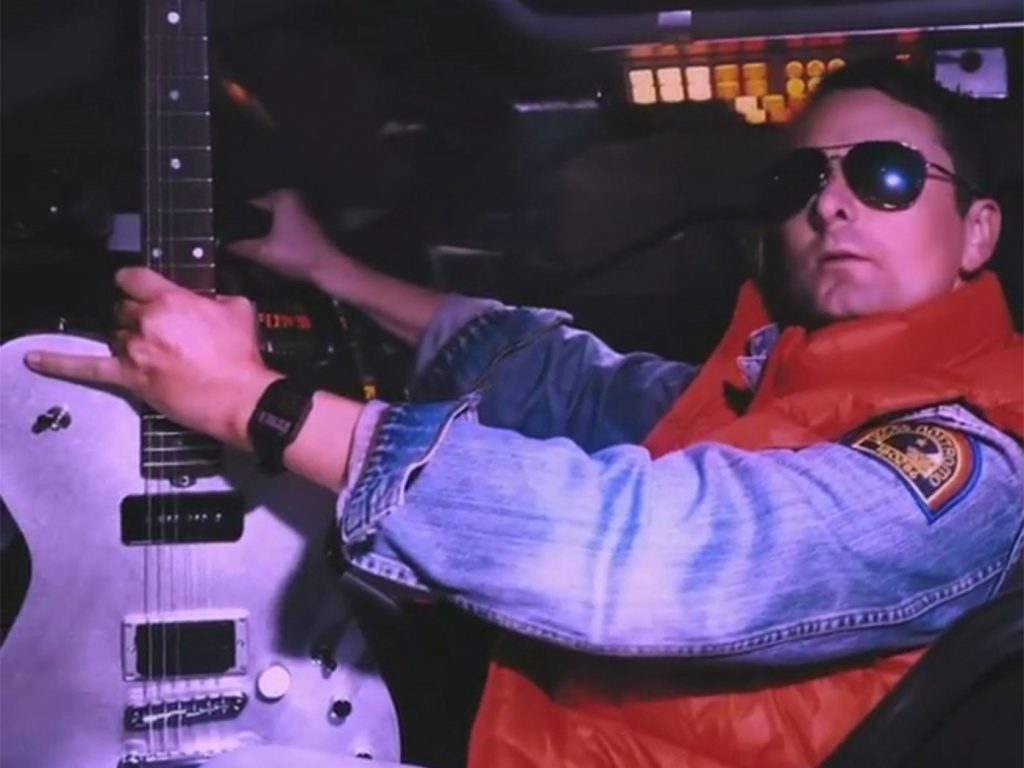 After the release of the blacked-out KR-1 back in June, which was inspired by the talking car K.I.T.T. from the cult TV show Knight Rider, it is great to see Bellamy and Manson Guitar Works get nostalgic once more. Hopefully, we will get to see a DeLorean-inspired Manson Guitar Works DL-OR model on 26 October.

You can clearly make out the guitar in the short film. It looks to be a very silver-coloured Matt Bellamy model. For pickups, it seems to have a humbucker in the bridge position and a P90 in the neck. There’s also a fixed-bridge setup, and some interesting-looking controls and switches.

What do you think of the new model and the mini-film? Let us know in the comments section below.

6 responses to “Great Scott! Matt Bellamy and Manson Guitar Works go Back To The Future with DL-OR”