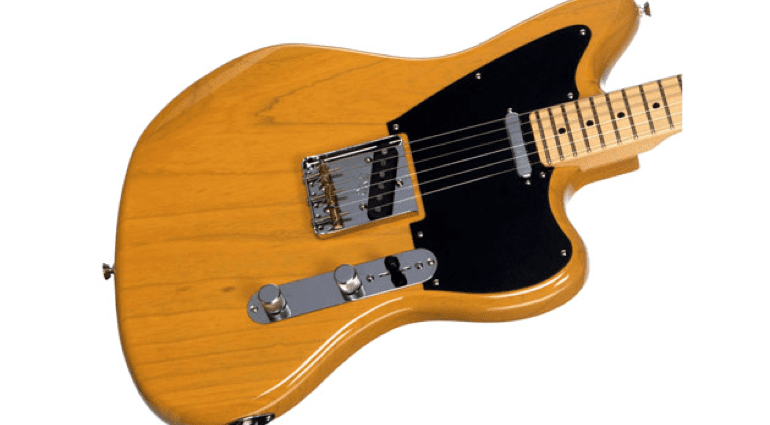 Fender launched the Magnificent Seven back at NAMM 2016 at the beginning of the year. Now Make’n Music in the USA have paired up with them to do a special limited edition run of only 25 guitars in this traditional Telecaster Butterscotch Blonde finish.

The original Magnificent Seven production run includes an Offset Telecaster, or Telemaster, as they are known by players like myself (I own three and so am a bit of a fan). A hybrid of a Fender Jazzmaster body with Telecaster control layout, this also has the distinct Tele headstock shape as well.

Make’n Music have commissioned this finish as previously it was only available from Fender in a Custom Shop version of the guitar, which at the time retailed for thousands and was only available for a very short time back in 2008. The original version was so limited that a whole cult emerged via the internet of players building their own. Boutique companies like Fano and K-Line guitars did their own versions of the design.

This year Fender decided to make a proper USA run of this popular design and so Make’n Music have decided to go for that more traditional Butterscotch Blonde, as seen on the original 1950s Telecaster and Esquire guitars to really get the whole retro ‘what could have been’ vibe. Of course, these guitars never existed until less than 10 years ago and originally were just an oddball guitar that the Fender Custom Shop toyed with.

But players really seem to love the look and many makers have now copied it. So Fender obviously want a slice of that. The specifications on this run are the same as the regular run from earlier in this year, just with the Butterscotch Blonde finish on a Swamp Ash body.

I’m biased, as I have already said, though I had to build my ones, as at the time no-one was making them and I wasn’t going to try to hunt down the over-priced Custom Shop version from the original run. I’ve included a video below of the original Magnificent Seven launch from NAMM earlier this year.