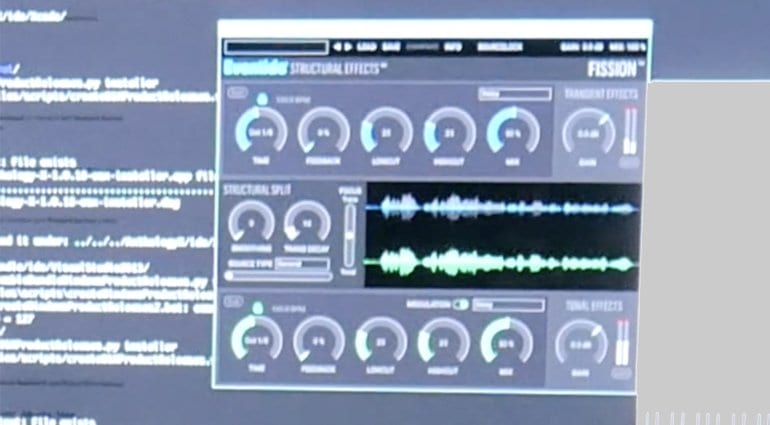 Overnight, Eventide have published a ‘sneak peak’ video from their laboratories, showing off a few of their current creations we can look forward too in 2017. Firstly, the video confirms the leak we spotted at the end of November, of the upcoming release of the new H9000 effects rack-unit. The video also highlights some other interesting products that we can expect over the course of next year, including a new plug-in called… ‘Fission’?

In Jackson’s own words, the ‘mother of all Eventide rack-units’, the H9000, is no longer a mystery. The product we reported on here is coming next year, and it looks awesome. Not only will it presumably be for sound mixers, but the video also demonstrates how guitarists can utilise it’s new ‘virtual pedalboard simulator’ layout. However, according to the video, we will have to wait until the middle of next year at the earliest before it’s ready. There’s still plenty of work to be done, but this is surely going to be one of the most anticipated products next year.

Potentially ready before the H9000 could be a new plug-in. It appears to be called ‘Fission’, unless that’s just a working title. The only clue to what this plug-in does is that they’re calling it a ‘structural effects plug-in’. Perhaps it will also be a multi-effects processor? I’m looking forward to seeing this one myself and learning what the ‘new technology’ is all about. Also highlighted in the insider video, are some more guitar toys. One employee is seen creating more presents for the H9, and another informs that a new ‘Petal’ is coming! Not sure what ‘petal’ means yet, but it looks like it will be a new stomp box.

Above all, it’s great to see the inner workings of such a renowned manufacturer in our industry. The team evidently know how to have fun and the video reflects on the creativity that Eventide put into their products. We will keep you updated on all developments at Eventide, of course.

One response to “Eventide: Sneak Peak of H9000 and ‘Fission’ plug-in”