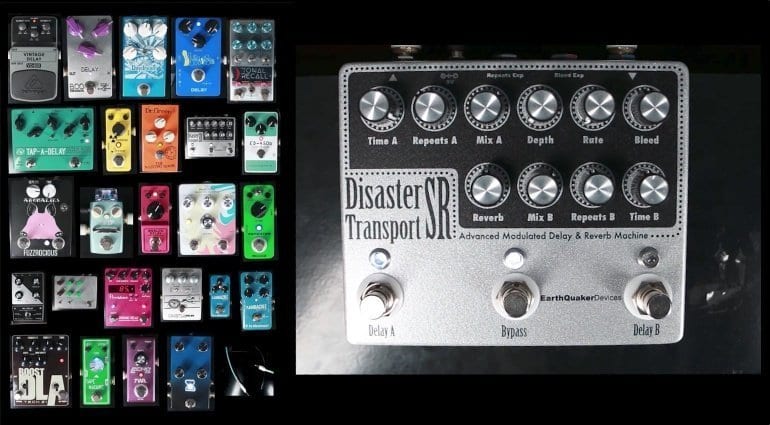 25 delay pedals: Which is your favourite?  ·  Source: Gear Gods/YouTube

Delay pedals. From monstrous, swirling eddies of bone-crushing sound to short slapback delays adding a smidgeon of texture, delays are one of the most popular ways of adding variety to your guitar tone. But the market for delay and echo effect pedals seems to have exploded in the last few years. Sure, you can go down to your local store, but they often have a very limited range of pedals available to play with.

The guys at the Gear Gods YouTube channel have compiled a shoot-out between 25 (!) delay pedals. They tested a variety of FX units spanning a wide price range, from budget bargains to boutique beauties. Sure, your final choice is going to depend on your playing style, the music genre, the other gear in your set-up and so on. But these kinds of videos can be a good place to start.

The guys tried out the following delays:chase bliss

I was a bit disappointed to see that they didn’t have my treasured Strymon Timeline, it would have been great to hear how it stacked up against some of the competition. They also didn’t include any Boss units, like the DD-7, which I suspect is one of the biggest selling delay pedals around. A few other candidates you might want to listen to would be Positive Grid BIAS delay, the Flight Time ft 2y, the Electro Harminix Canyon or Seymour Duncan’s Andromeda, to name but a few.

Which was your favourite? Let us know in the comments below. 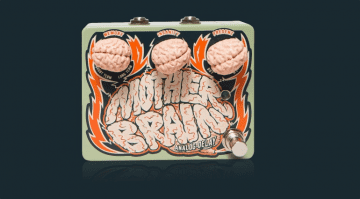