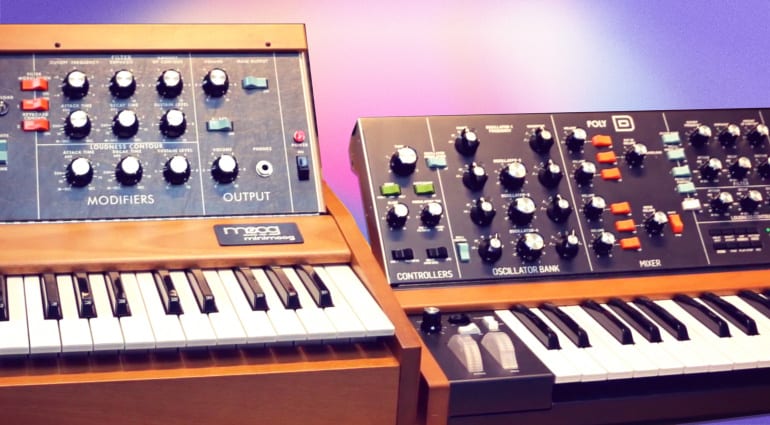 Synth YouTuber Starsky Carr has released what could be the definitive comparison between the Behringer Poly D and the Moog Minimoog. In over 47 minutes he takes us through both units demonstrating various sounds and features side-by-side. Which sounds better? And does any difference in sound mirror the difference in price tag?

He starts off by praising the build quality of the Poly D and has no complaints in terms of the hardware. He then recommends heading straight into the Behringer Synth App to disengage the “Accent” which kicks in over a certain velocity threshold. The Minimoog doesn’t have that feature and so when doing comparisons it needs to be off. There are some other differences such as the additional oscillator, the duophonic and polyphonic (paraphonic) modes, high-pass mode, the overdrive and chorus effects and the sequencer; but, as Starsky says “if you ignore those functions then it’s pretty much a clone of the Minimoog.” And so for this comparison he’s not going to be fiddling with those functions so he can keep it as like-for-like as possible.

In the course of the video Starsky covers the Oscillators, Mixer, Overdrive, Filter, Envelopes, FM, Filter FM, LFO and finishes up with 10 minutes of different patches being played on both. His conclusions are interesting. He feels that it’s not identical but is absolutely close enough to do the job and then spends a couple of minutes expanding on his thoughts. He does mention that there’s possibly a problem with the amplifier on his Poly D because the output level is so low and the clicks are very pronounced, so it could possibly sound even better.

I really appreciate the time Starsky has taken with this comparison, getting the sounds right, the patches identical, his experience with the Minimoog definitely shows as does his love for the instrument.

What do you think? Poll!

Have a watch and a careful listen to the video below and let us know whether you feel the two instruments compare in the poll at the bottom of this post.

If you loved the Poly D, you can buy it here (affiliate link):

One response to “Behringer Poly D or Minimoog? Watch the shoot-out video and vote!”