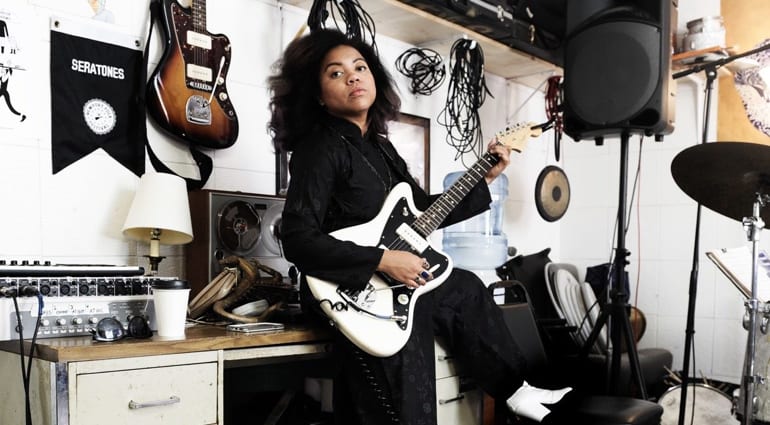 According to Fender, recent reports of the death of the electric guitar have been greatly exaggerated. After conducting a study of guitar playing in the US and UK, they company says its research points to some seismic shifts in the demographics of people interested in or buying guitars. The headline statistic? Women now account for 50% of new and aspiring guitarists.

Fender’s study was conducted by an award-winning neuroscientist, author and musician Daniel Levitin, who was assisted by research firm Egg Strategy. Articles in the Washington Post and The Guardian over the last year or two had painted a gloomy picture for the guitar’s future. Citing its new research, Fender counters that the demographics of guitar newcomers have shifted to become more diverse. The US maker says that far from being in a death spiral, the guitar industry is evolving and gaining strength. Also, Fender says, aspiring guitarists look up to a whole new set of guitar heroes. 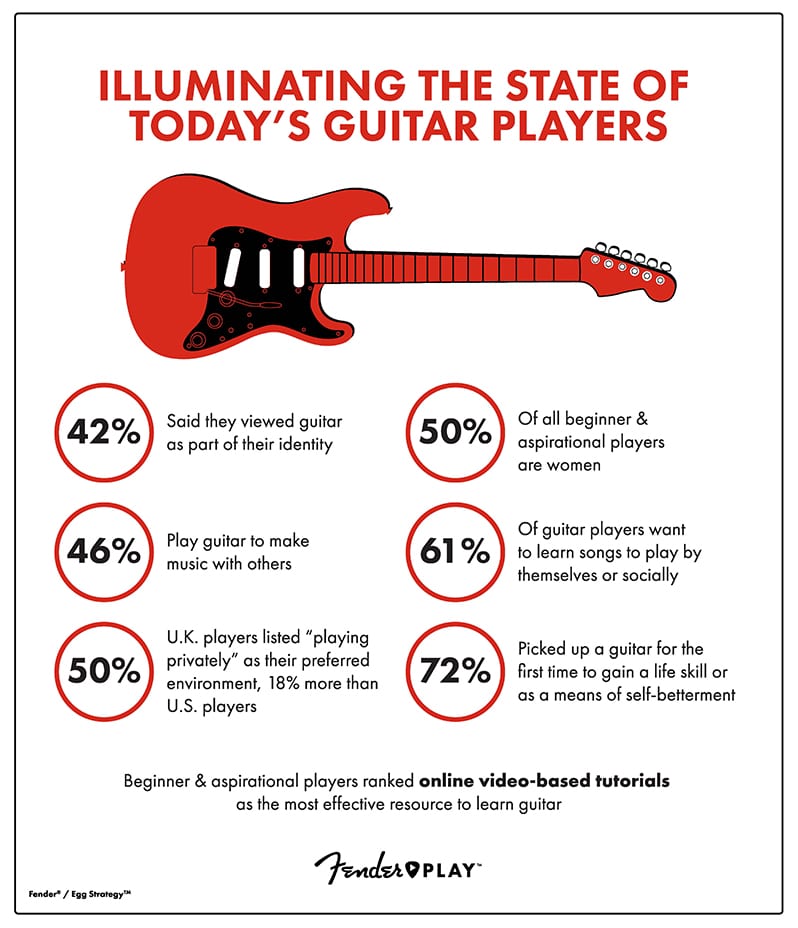 One interesting statistic picked out by Fender CEO Andy Mooney in an interview with Forbes was that 45% of all the new guitars the company sells go to first-time players and that half of these new or aspiring players are female. The company’s study also found that the proportions of both African-American (19%) and Hispanic players (25%) among newcomers to the guitar are growing.

So who are the icons bringing people into the world of guitar? Forget Jimi Hendrix and Jimmy Page. These days it’s more about performers like Taylor Swift and Ed Sheeran. On the other hand, players like Nita Strauss are becoming champions for women players in the rock world, so it’s not all about pop.

I think this is a positive development. Whatever makes a person go out and seek to play the guitar has got to be a good thing, right? I’m happy to hear more players from different backgrounds are taking up my favourite instrument. As much as I love the old guard of 60s/70s rock legends, I feel there is always room for new musical heroes, especially for younger players that did not grow up listening to the dinosaurs or rock!

One response to “Women account for 50% of new guitarists, says Fender”

Women don’t care what brand is on the guitar, they just interested in that it works. Mostly they looking what is the best brand and take it and use it, as long they look cool. Men’s world is more technical and interested in the details why and what wood and bridge. It’s just a different approach, but I personally like the women approach as a male.