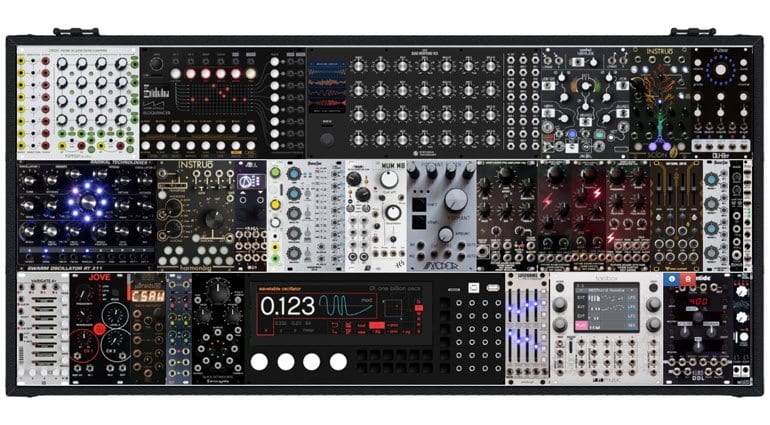 I imagine more signals have been modulated, more voltages controlled and gates triggered this year than ever before. Even my shortest short-list has only got it down to 17 fabulous bit of modular circuitry. I will try to filter it down into highlighting modules that are top in their particular field, in their designated function within this Eurorack shenanigans.

And so, in no particular order (as that would simply be the last straw) I put forward my choices humbly on the mercy of people much wiser and more musical than myself.

It’s some kind of sampling and audio processing module, although Make Noise don’t like to talk about in those terms. They conjured up a whole other language concerning reels and splices that harks back to some vintage era of tape and razor blades. While mixing that historical bent with the granular manipulation of genes and seeding. Ultimately it takes recorded audio and messes about with it. But there’s something in ignoring its identity as a sampler that gives it a uniquely creative approach to digital audio. 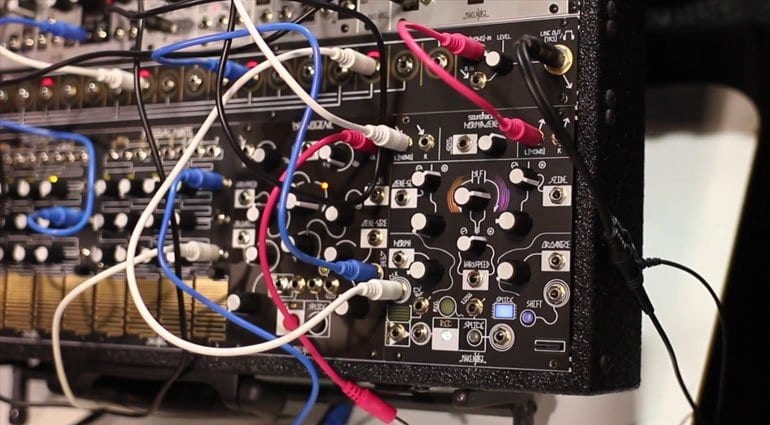 Playback speed is manipulated, granules are layered and staggered and slide and morph about the place. It overdubs and re-records building manipulation on to manipulation. The front panel is disordered and beautiful and encourages a playful interaction. It’s one of the most interesting modules to arrive on the scene this year and has such an analogue feel that it would turn the head of even the purest synthesist.

This is a great video that contains the Morphagene messing about with a reel of Mr Spock.

Eurorack sequencers come in many forms. From simple 4-step knobs to complex digital tracker operated systems. Winter Modular have found some ground in the middle where comprehensive features, innovation and elegance can flow side-by-side.

It’s a sequencer with 16-steps over 8 channels of CV/Gate all ready to go. But Eloquencer has something else going on. It’s built upon a “controlled chance” concept. This means that you can decide when and where there will be randomness and how much it will affect your sequences. This is independent for each step and each track, so every note could have its own allocation of randomness probability. And it’s not just for Gate, it also flows into CV, into Gate length and Ratcheting. There are CV inputs that can also bring external signals in to play with the parameters and the randomness. Maybe that sense controlled chance is merely perceptual? 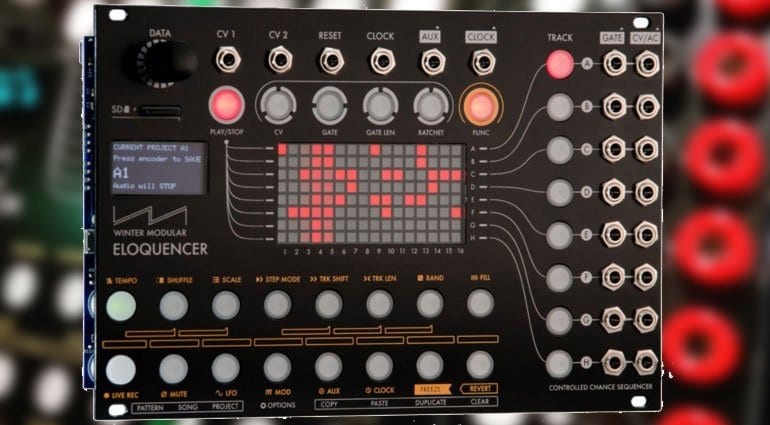 There are free-play modes where the buttons become a keyboard, song modes where you can build up 256 parts of 16 patterns. There are different step modes, modes to fill in Gates, track shifting and length moving, freezing and reverting. A little OLED screen keeps you up-to-date on where you are but the step matrix display is a thing of beauty when seen in action.

I’ve seen these everywhere – in every large modular setup and by the looks of it Winter Modular can’t keep them in stock.

This is cheating slightly, as this is actually a collection of four modules. But four modules with a singular purpose – to replicate and evolve The Gristleizer guitar effects pedal into Eurorack. Working with Chris Carter of Throbbing Gristle and Roy Gwinn, the original designer, Future Sound Systems have adapted it these four fabulously gritty modules. 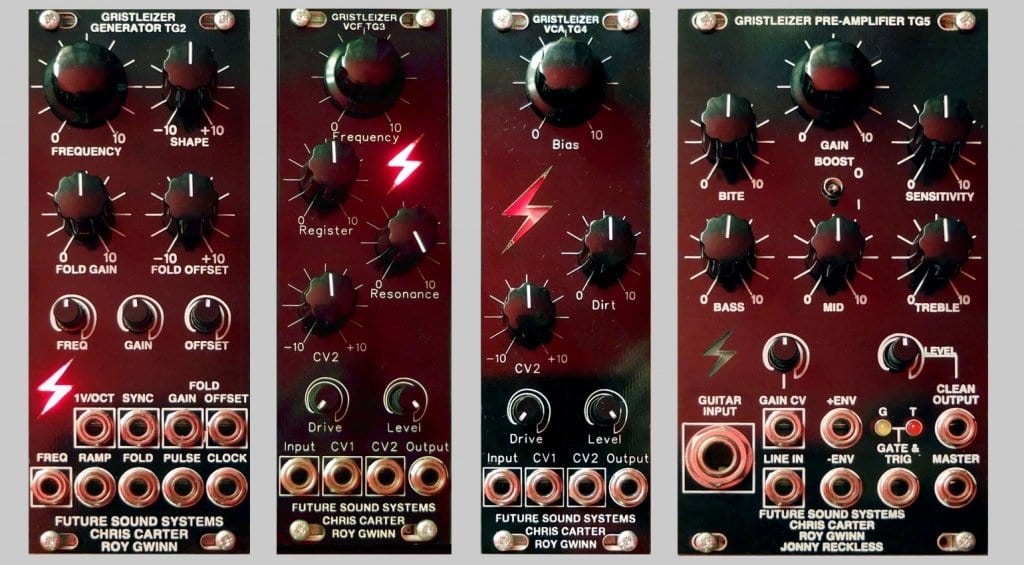 The TG2 Generator replicates the oscillator section. Usable at audio and LFO frequencies it can be a fierce bass synth or a fully featured LFO. It houses a shape-variable ramp waveshape, with wave-folding and pulse outputs. The ramp is finally fed into a comparator for the clock output, the pulse width of which is set with the shape control.

The TG3 Filter is a JFET  controller multi-feedback bandpass filter. The TG4 Modulator follows a similar vein as a JFET controller, voltage controlled amplifier. The filter adds Resonance and Register controls to the original, shifting the original frequencies and adding drive at the end. The VCA has a Dirt control for added character.

The TG5 Pre-Amplifier is a front end for your external signals, guitar or line level, filling it with bite and boost in that way only Throbbing Gristle can.

Individually they make for interestingly meaty modules in any rack, but when used together you have a thickness and a raw swell that would frighten off any but the stoutest of hearts.

Synthesis Technology have produced some alarmingly good digital Eurorack modules. The E350 Morphing Terrarium and the E340 Cloud Generator are regarded as modern day classics. They then became combined in the E352 Cloud Terrarium and then taken to their Quad Morphing extreme in the new E370. Originally funded (in a few hours) on Kickstarter the first batch have just shipped and they are taken pre-orders for the next lot. 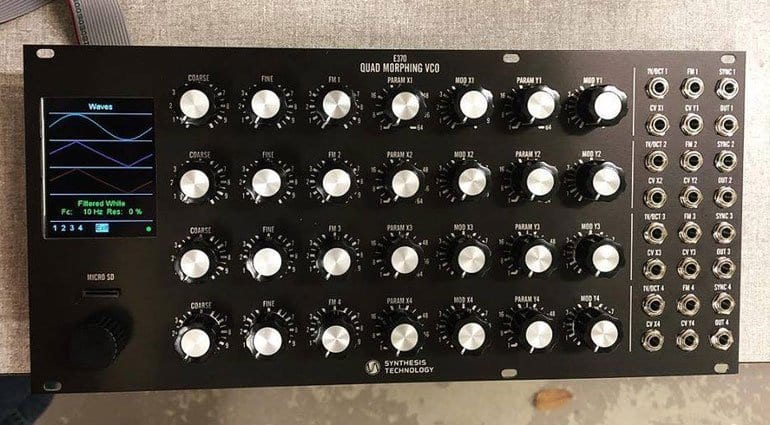 It has 4 VCOs, each with 64 wavetables. It can run as a wavetable synth, a 2-operator FM synth, a Cloud of 8 virtual VCO’s, a programmable noise generator and a Moog low pass filter with voltage controlled resonance. Each VCO has it’s own 7 knobs of controllability and 6 patch points for control of pitch, FM , sync and modulation. The screen on the left beautifully displays the waveforms and gives quick access to shallowly designed menus, modes and features.

It’s an awesome piece of work with a sonic flavour and versatility that’s hard to find in any other synthesizer. The quality of the wavetables, the morphing, the cloud swarming sound, modulation and filtering all contained in a brilliantly controllable module. It’s wide, expensive and very worth it.

Thise video of the E352 gives a good example of how it should sound as videos of the E370 itself are yet to emerge.

It’s a filter, a jolly nice filter designed around the filter you’d find in the Roland Jupiter 6. It’s not particularly innovative but its as solid and as musical a filter you are ever likely to see. I have been bowled over by this filters ability to be exactly what you want in any given circumstance. It’s instantly recognisable, instantly useful and has a sonic feel to it that keeps your hand coming back to that knob. The knobs are also excellent, the front panel design would be perfect if the word JOVE didn’t stand out quite as much as it does. 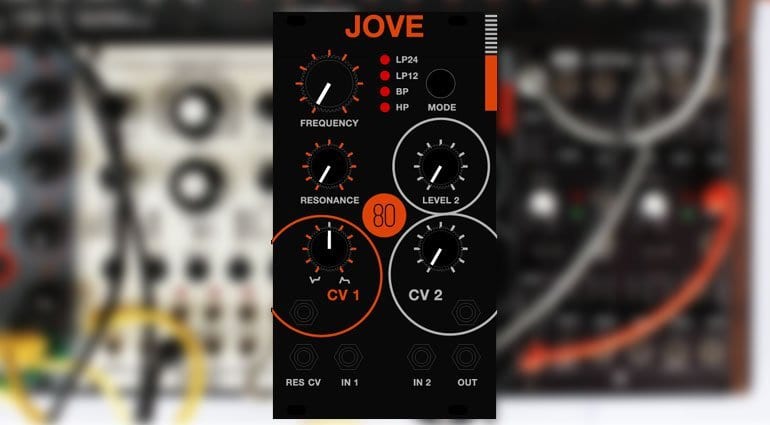 It’s simple, effective, a joy to use and raises a smile as soon as it’s patched. I can’t think of any other modules that do this so readily. So although it’s just a filter, and a slightly obscure Roland one, it deserves its place in my top 5.

There’s so many more that could have made this list, the Tiptop Z8000 sequencer, the Percussa SSP, Pulsar Burst, Radikal Swarm, Morpheus Z-Plane, Instruo Scion and Harmonaig just to name a few of the amazing modules that have been released in 2017. There are plenty more that got announced but haven’t actually emerged yet. You’ll find some of those in my “Whatever happened to…” article. 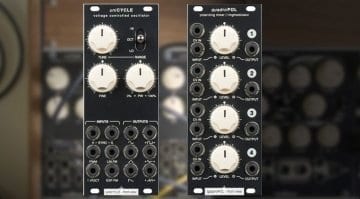