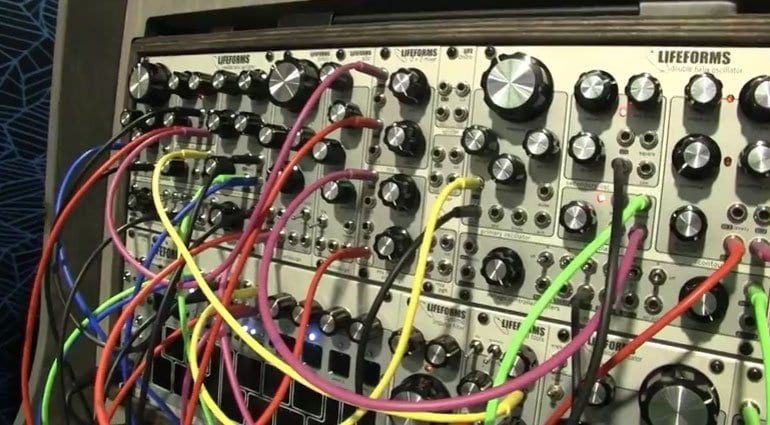 Pittsburgh Modular have kicked the show off early with an entire new bunch of modules for their Lifeforms range.

The Lifeforms range forms the backbone of the Pittsburgh Modular ethos. They are powerfully musical modules that insist on one-knob-per-function and are stacked full of sonic potential. Honestly, to me they all look rather dull, although I do like a nice big knob, but there’s nothing dull about the sound or control that comes out of them.

A wide oscillator in terms of HP, beefy in terms of sonic quality, there’s a lot going on. It’s almost an entire synthesizer by itself. It has two oscillators, a filter, dynamic contouring and a very interesting modulation matrix running along the bottom. Plenty to play with. RRP $449.

A four stage envelope generator with the four knobs you need up front and ready to go. Erm.. yep that’s it – does the job. RRP $119

This filter comes from the Lifeforms SV-1 synthesizer. It’s voltage controlled, analog and state variable. It can be pushed into all sorts of self-resonating loveliness. RRP $179.

More like an audio hub with preamps and routing options to work in external gear or output to headphones and the rest of your studio. RRP $249.

But we’re not done yet. Pittsburgh Modular are also releasing two new complete modular systems based upon the Lifeforms range.

The Foundation 4 features the whole line of new Lifeform modules, minus the System Interface. They’ve added in a MIDI interface and audio outputs and packed into a single 104hp line of a 208hp road case. It’s all powered ready to go and ready to grow as a complete standalone modular instrument. RRP $2499.

The Foundations Evo takes the same modules and adds back in the System Interface along with a performance controller, arpeggiators, effects and randomisers. It’s a fully-fledged instruments with East coast subtractive and West coast chemistry. Filling out the same 208hp road case this is a serious system for people who don’t want to think up their own machine. RRP £3799.