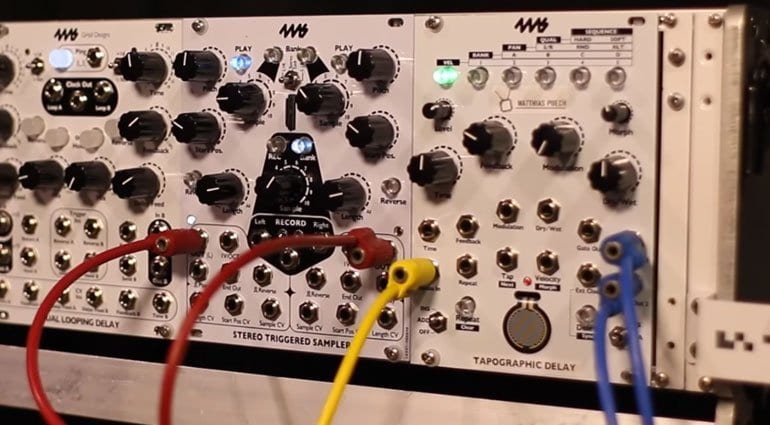 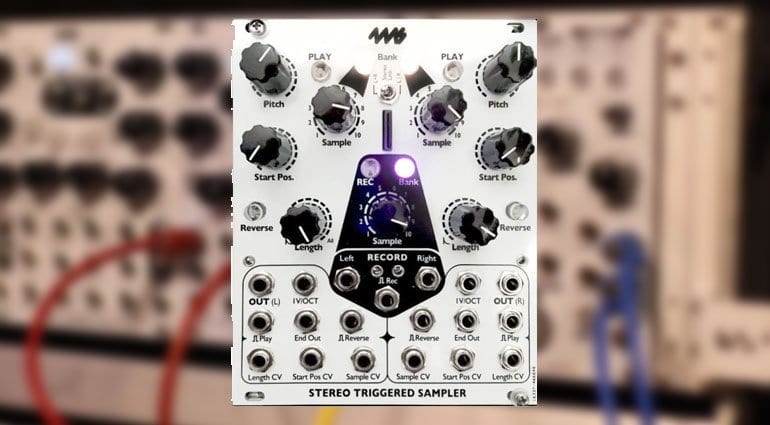 4MS have announced the release of two new Eurorack modules. Although they have been knocking around in various prototype builds they are now official and on show at NAMM.

Right in the middle there’s an SD card slot for loading and saving samples. There are recording inputs in stereo directly under the SD card. Each channel has a “Play” trigger button for launching the loaded sample which can also be set to loop by holding it in. Samples can be selected by a bit of knob turning. You have knobs for pitch, sample start point and length and rounding it off is a reverse button. All the parameters can be addressed via the patch points at the bottom. It can be treated as a stereo unit or as two independent samplers which can also be synced to one another.

A mono in, stereo out multi-tap delay effect. You can have up to 32 taps. The buttons along the top select presets and the delay morphs between them. The round pad at the bottom of the module is where you can tap out your own delay rhythms. The pad also responds to velocity which you can assign to VCA, filter and other parameters. There are time, feedback, wet/dry and modulation controls on knobs and also available via CV.

Both modules are pretty exciting although perhaps a little wide for those of us who are hp challenged. No information on the 4MS website yet but hopefully there will be soon.