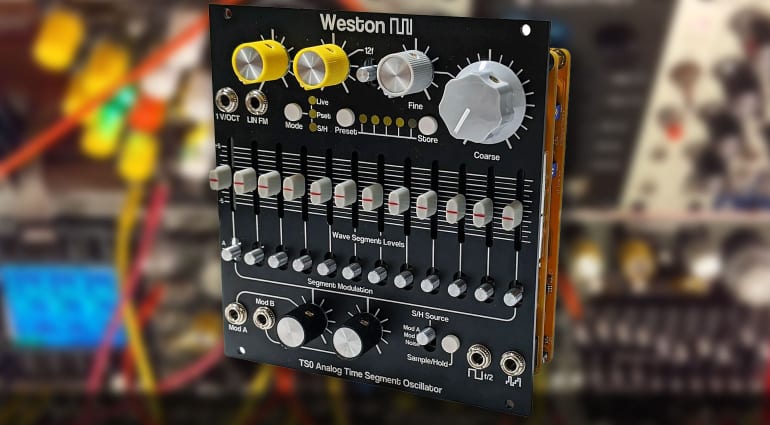 From a DIY Pro-One replica to Thru-Zero Eurorack modules Weston Precision Audio is carving out a space for interesting tones so the TS0 Segment Oscillator is unsurprisingly complex and rich.

My first impression is one of additive harmonic synthesis but it’s not exactly that and I’m still trying to get the hang of it. TS0 is a unique 12-segment analog VCO which you can manipulate and shape with the sliders either manually or via various sources of modulation. So it’s not harmonics as such rather than it being segments of the waveform. As you move the sliders you are drawing a stepped waveform so you can create all sorts of pulse waves or staircase waves and cityscapes of harmonically rich tones. In the video (below) look at the scope on the left as he moves the sliders – that’s what happens.

There are a few ways to play. You can manipulate the waveform directly from the sliders, you can modulate them from external CV inputs (selectable from the switches), you can sample from a waveform patched in realtime or they can be generated randomly from an analog noise circuit. You can store up to 5 presets for recall and they come preloaded with some standard shaped waveforms.

It has an additional layer of oscillations in sine or triangle wave which come from the oscillator source running at 12 times the output frequency. These bring in some quite lush harmonics when mixed into the waveform. It also has a rather juicy sub-oscillator.

The TS0 is a riotous source of tonal possibilities with it’s mixed and modulated segments generating all sorts of harmonically rich sounds and zaniness. Currently, they’ve built one and it has just gone up for sale on their Reverb store and they’re not sure if it’s going to continue to be a fully assembled module or a DIY project. It’s a bit complex with potentially lots of surface mount components – fun! The assembled Time Oscillator costs £282.73.

Weston Precision Audio also has the Tz0 Thru-Zero VCO as a kit or built module. There are also some older kits that are still available like the 2VL1 VCO and B1 Kick Drum module. And don’t forget you can build yourself a Pro-One replica called the Pro2021 available from SynthCube. 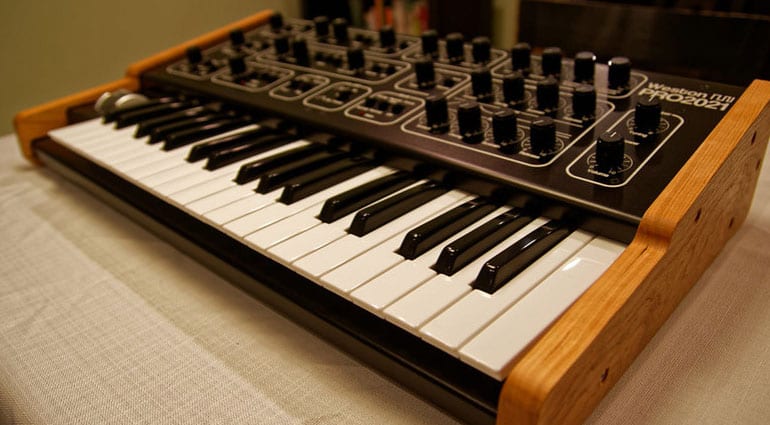 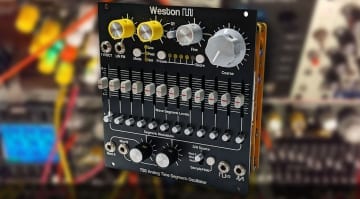 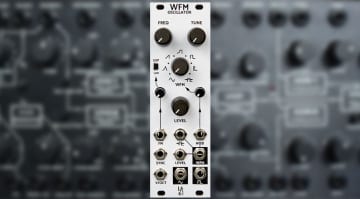 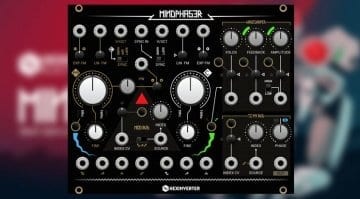 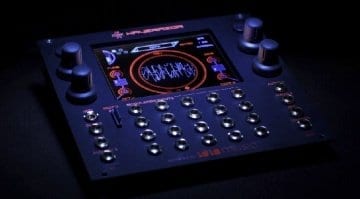 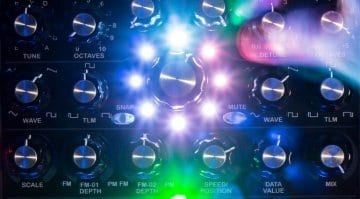