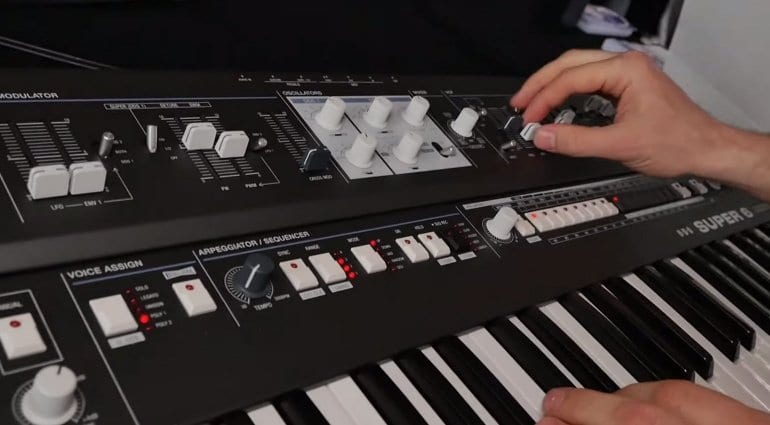 We got a tease of the UDO Super 6 on Instagram before the show – turns out it was only a render. Now the Super 6 is here in the flesh, let’s check it out.

The Super 6 is a hands-on, raw and paired back take on the analogue polysynth. It’s called the Super 6 because it has 6 super voices or 12 regular voices. So it’s 12-voice polyphonic but has this Super 6 mode where it pairs up the voices into super voices – get it? Each channel has its own analogue signal path and modulation held together by a phaser and panning engine which is where the binaural bit comes in. All that really means is that in Super 6 mode there’s a full stereo signal path rather than a mono path going through stereo effects at the end.

The result should be a huge and dynamic sound that’s placed in and messes about in the stereo field while phasing with each other and creating all sorts of detuned loveliness.

The oscillators are digital based on an FPGA core which allows you to generate oscillators and build circuits digitally but within an analogue paradigm without all the usual issues of digital aliasing and such like.

The Super 6 is full of interesting ideas to offer up a fabulously wide and animated sound. Check out this fascinating video that goes into the details.

For an unfinished prototype it’s sounding pretty awesome. We’re told it will cost around £2000. 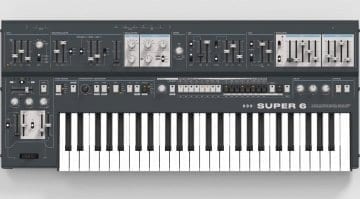 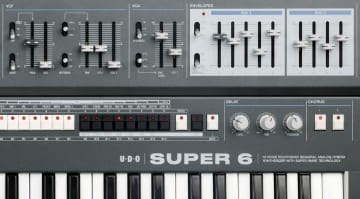 Will a fifth octave come in a firmware update

Who cares? The thing sounds FANTASTIC.