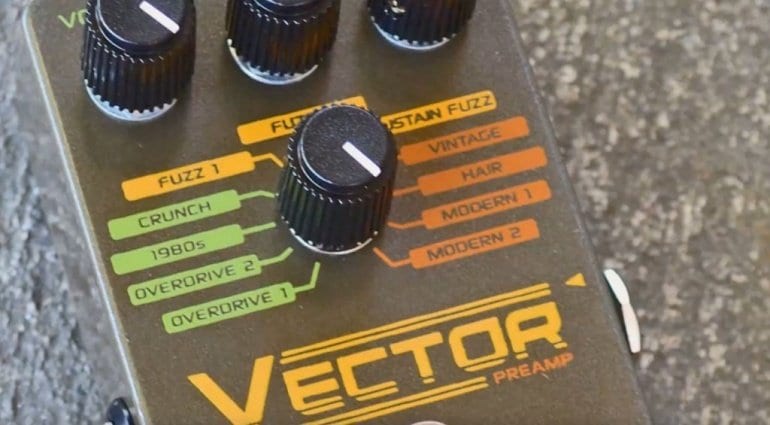 The new Subdecay Vector Preamp is a single small-format pedal packed with 11 different analogue pre-amps under digital control. Although it’s been slated for release next week, indications are that the marketing around this unit is still in flux. We understand that the graphics on the pedal are provisional, and a demo video has since been removed from YouTube. But despite all the confusion, could this digital modelling preamp prove a ‘Feel Good Hit’ this summer? And will it win our over another similar pedal also nearing release?

The pedal has an all-analogue signal path and manages to squeeze in 11 pre-amp styles into the compact format. The unit has three sound knobs labelled Volume, Tone and Gain, alongside a central knob that selects the model. The aim here seems to be to offer an easy way to dial in your sound. 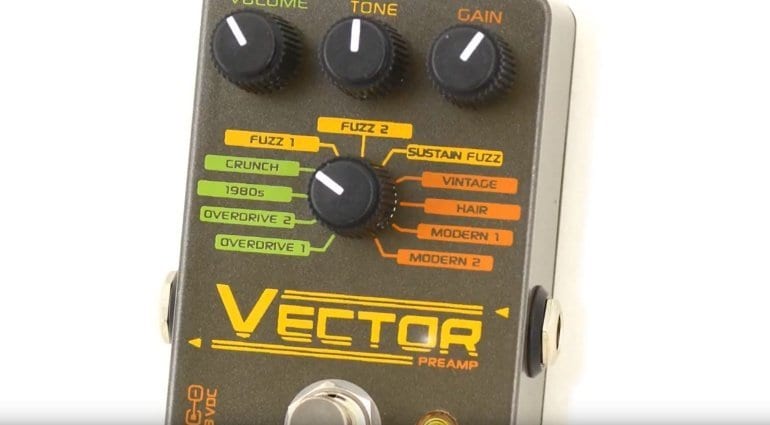 The official demo video (which has since been pulled from YouTube) had some not-so-subtle Queens Of The Stone Age associations. Whether or not this pedal gives an accurate representation of the band’s tones from that particular era is hard to say, as we only had this brief demo video to listen to.

I look forward to hearing more of this pedal, as it looks like it could be a lot of fun to try out and I liked the tones I heard on the – since removed – video demo.

Interestingly, the Vector takes a different approach than the Fuzzrocious lunaReclipse in fitting loads of analogue pre-amp tones into a single pedal format. Which is more successful? We look forward to hearing from readers who’ve tried both…

The Vector Preamp is due out on 24 August and as yet there is no official pricing. The video also states that it may not look quite like the version in the demo, so maybe it will drop those ’80s graphics? But I hope not, as it looks quite cool and retro. 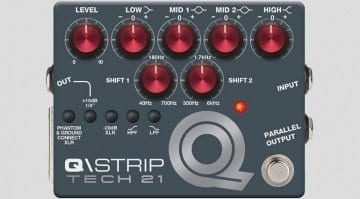 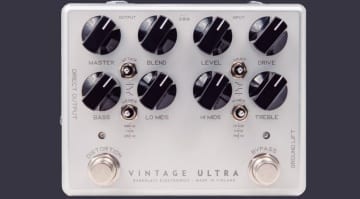 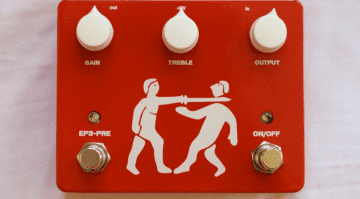