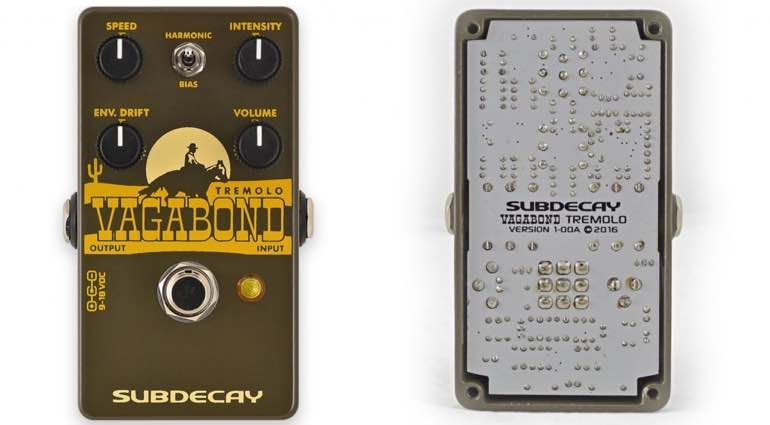 The new Vagabond Tremolo by US pedal builder Subdecay Effects is an attempt to recreate two classic amp tremolo styles. The pedal mimics both harmonic and bias tremolo circuits, each found in a different species of vintage amplifier, namely Fender’s ‘Blackface’ and ‘Brownface’ amps.

The old Fender Blackface amplifiers had a highly recognisable tremolo circuit which many find appealing (myself included). When switched to Bias mode, the Vagabond mimics this classic tremolo effect. The other side of the story is the Harmonic mode, which is closer in sound to the older ‘Brownface’ Fender amplifiers. Truth be told, they weren’t strictly tremolo circuits at all, being more of a crossfade between a high and low-pass filter. This created a phase-like effect, sounding closer to a vibrato than a tremolo.

What sets the Vagabond apart is that it caters for both of these vintage styles of tremolo. It manages to squeeze both into a pretty, compact pedal. The mini-toggle switch on the top allows you to choose between the Bias and Harmonic circuits. The rest of the controls consist of Speed, Intensity and Volume, plus one labelled Env Drift. This last control allows the player’s pick attack to either slow down or speed up the tremolo effect. This could be an interesting way of making the effect more responsive to the dynamics of your playing.

The Vagabond is an all-analogue circuit and is also true-bypass, so unlike a lot of older tremolo pedals it won’t suck your tone when not engaged. I’m hoping it doesn’t get that distinct volume drop you can often get when using tremolo pedals, but there is no mention of that anywhere in the details online, so we’ll have to wait and hopefully hear some user reviews about it soon.

For now you can check out the official demo video below for an overview of what this new tremolo pedal can do. 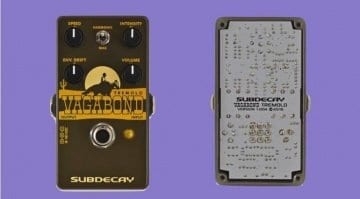 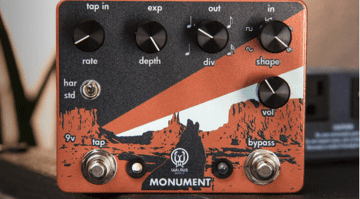 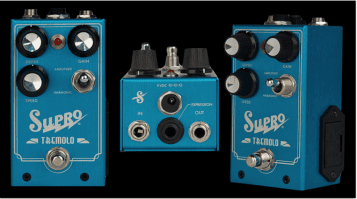 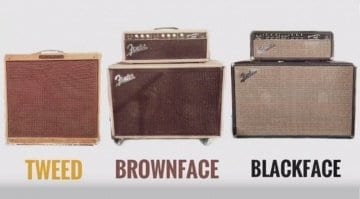 The Fender Bassman Shoot-out: Tweed vs. Brownface vs. Blackface! 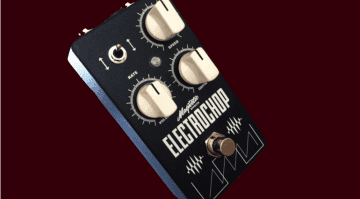