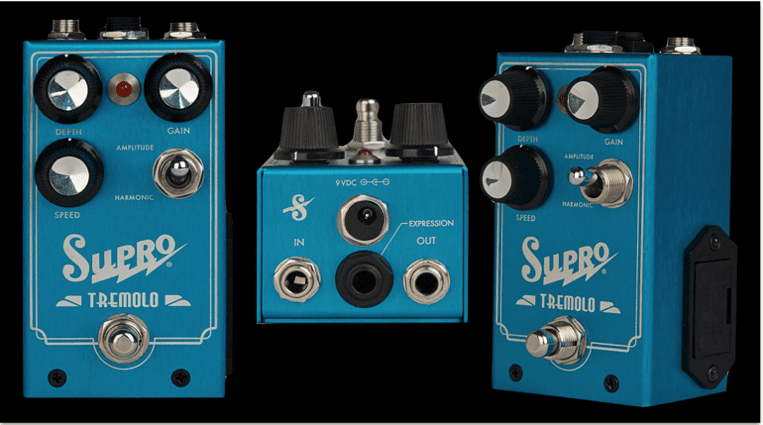 Supro have launched the 1310 Harmonic Tremolo effect pedal, which apparently offers sounds based on the warm, classic tremolo effect you would normally associate with a vintage valve amp. It’s certainly not cheap, but what do you actually get for your money?

The Supro 1310 Harmonic Tremolo is a nice-looking, vintage-styled pedal. In terms of tone, Supro are going for a retro sound, so I would expect a very ‘amp-like’ tremolo effect like those associated with old amps by Fender and – unsurprisingly – Supro. According to their marketing, the pedal emulates a Class A circuit “from end to end”.

The pedal looks great and seems to be built like a tank. It’s got a simple control layout, comprising of Speed, Gain and Depth knobs. There’s also a switch that chooses between Harmonic and Amplitude modes, with each giving a different tremolo sound. You can also use an optional external expression pedal to control the speed of the tremolo effect, which is really handy and makes it quite flexible in a live scenario. Kudos to Supro for including that option.

That’s the word Supro use to describe the pedal’s tone, and it seems to suit the sound: warm with a subtle warble you could get lost in. It doesn’t sound too choppy, and borders on a very organic amp-like feel. Which is exactly what Supro were aiming for. Overall it’s a good-sounding tremolo, judging by the demo video, with classic vintage sounds aimed at players looking for an old-school effect. It should sound really good playing blues rock and the demo video below has some good examples of this.

It’s not cheap, but then it doesn’t sound cheap, either. It looks like a well-made pedal that’s not aiming to compete with mass-produced Taiwan-built budget effects. If you are looking for a good vintage-voiced tremolo, then the Supro 1310 Harmonic Tremolo should most definitely be on your radar. 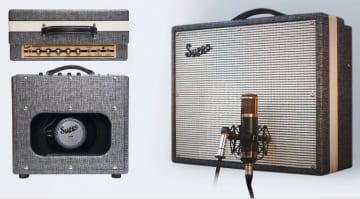