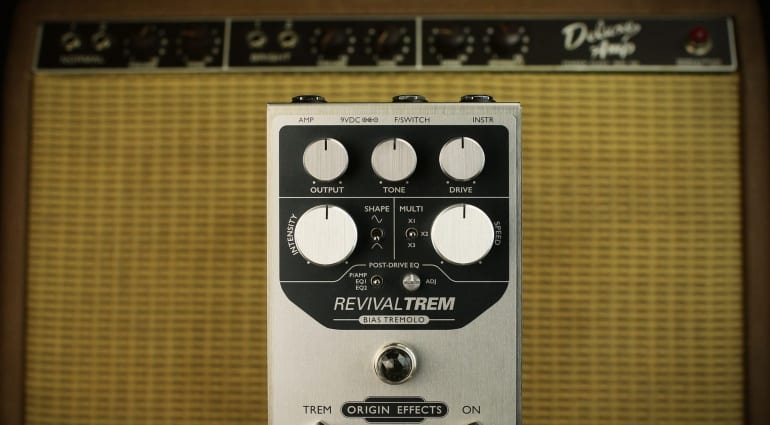 The newly announced Origin Effects RevivalTREM is based on the RevivalDRIVE platform. If you’ve not heard of it before – you’ve been missing out. The RevivalDRIVE Compact even made it into our list of the Best Pedals in 2019! So when Origin launched a new tremolo under the same Revival brand, it piqued our interest. And there seems a lot more to the RevivalTREM than just your average tremolo effect…

The bias tremolo is considered by many to be the apex of built-in amp tremolos. Unlike optical and VCA-based designs that attenuate the signal itself, the bias tremolo works by varying the bias voltage applied to the amplifier’s power tubes. This gives the effect its unique character and dynamic properties.

Origin says that the amp-like circuit of the RevivalTREM reproduces exactly the complex interplay between amplification, BIAS, game dynamics and overtones. 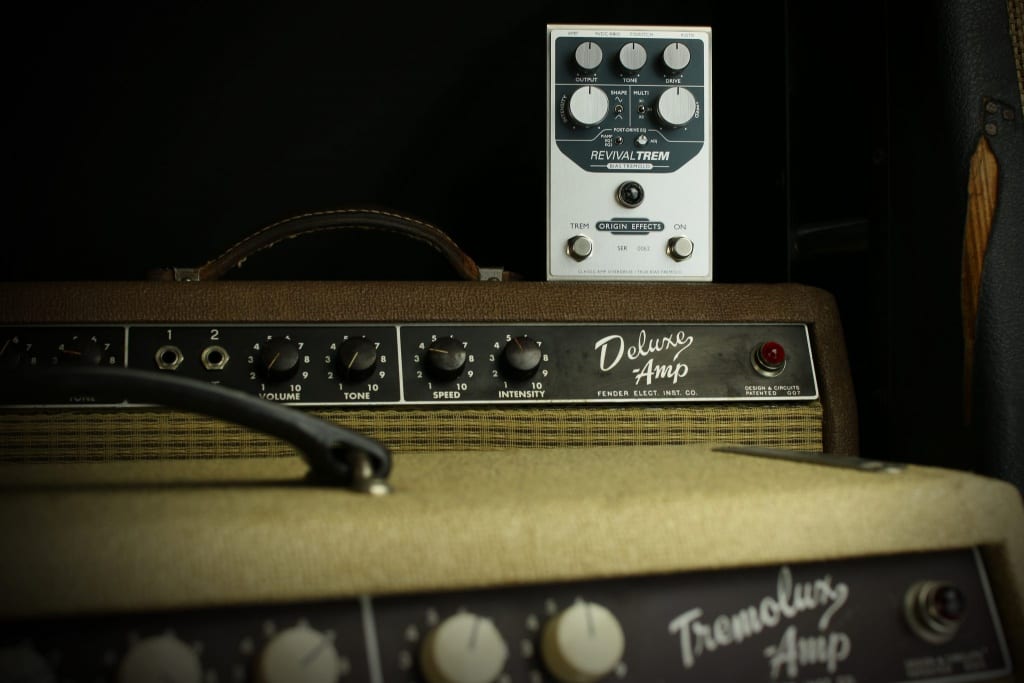 Fender Deluxe in a Box?

But there’s more at play here than just tremolo sounds. This pedal also gives you a wide range of amp sounds from the ‘brown’ Fender Deluxe, from clean to distorted. The RevivalTREM combines a tremolo effect with an amp-in-a-box pedal that mixes in some Tweed and Blackface tones that you can play directly into your cab sim of choice. 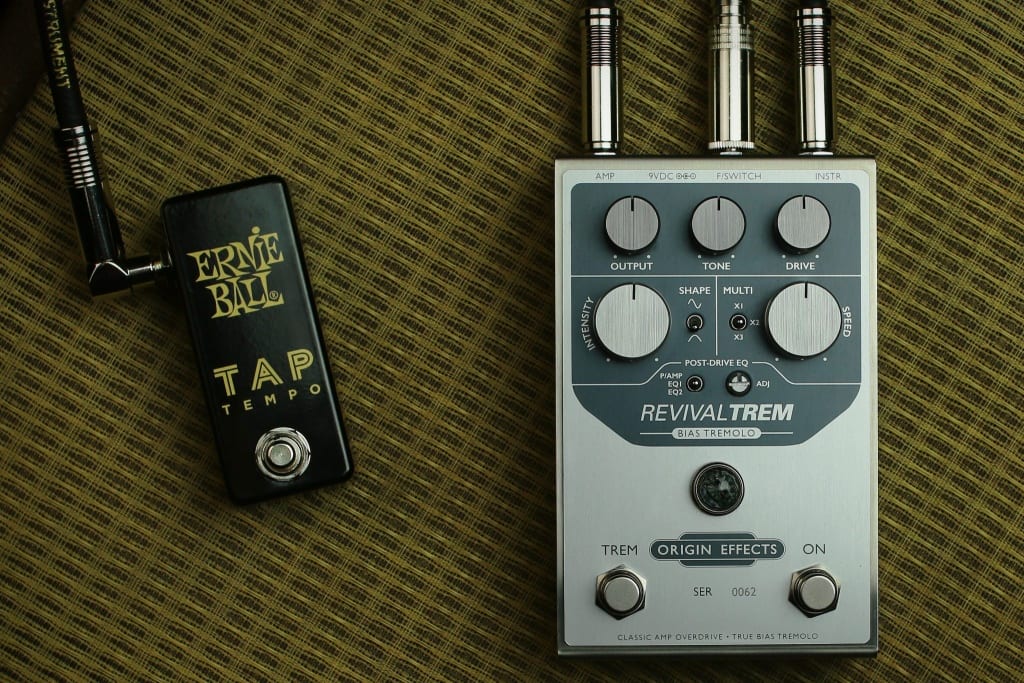 Not content with modelling old tremolo effects Origin has added some fresh little touches, too. These include two switchable vibration modes (Deluxe-style and Magnatone-style), a tap-tempo option with a switch to instantly multiply the tremolo rate, and a connector for external foot switches. The Post Drive EQ has three modes to adapt the output to suit your amplifier.

Yes, the price is beyond premium for a simple tremolo, but you’re getting some great amp tones here, too. 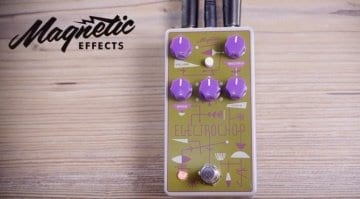 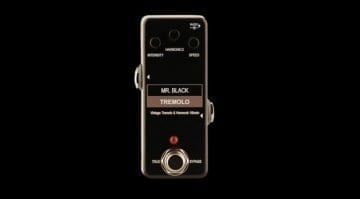 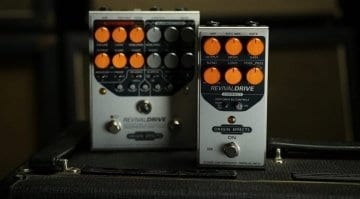