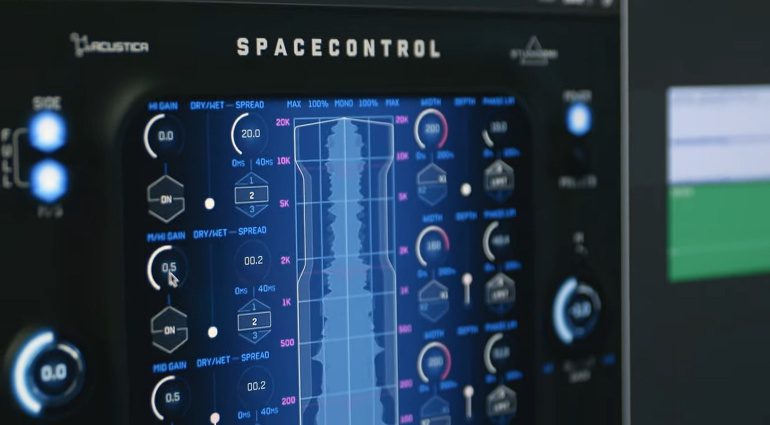 Space Control is a new Acustica Audio plug-in developed in collaboration with DJ, producer, and all-around music guy Hardwell. The plug-in is a multi-band stereo enhancer with a specialty limiter that’s able to widen your sound without the typical phase problems. Read more below…

The plug-in promises wide stereo but with mono compatibility. I have no idea how that’s supposed to happen, but both Acustica and Hardwell are smarter and more successful than I ever will be. So I take their word that Space Control does stereo widening and enhancement this much different.

It also takes cues from both Mr. Hardwell and Luca Pretolesi of DMI Studio’s workflow. The plug-in was born out of them discussing the idea of software that retains phase correlation while working with very wide stereo tracks. To that, Space Control offers several important features, such a Spread Knob, three Spread Modes, and Dry / Wet spread slider.

With the Spread knob, you can control the timing of the effect (imagine a delay with no feedback). With the Vertical slider, you can control the amount of generated material in the current band. With Spread mode 1, you can add harmonic content to the sides of your audio with a derivation from the Haas* effect. Mode 2 creates a decorrelation (sum of difference between L/R channels) based on the mid-range content. Mode 3 is a combination of both. 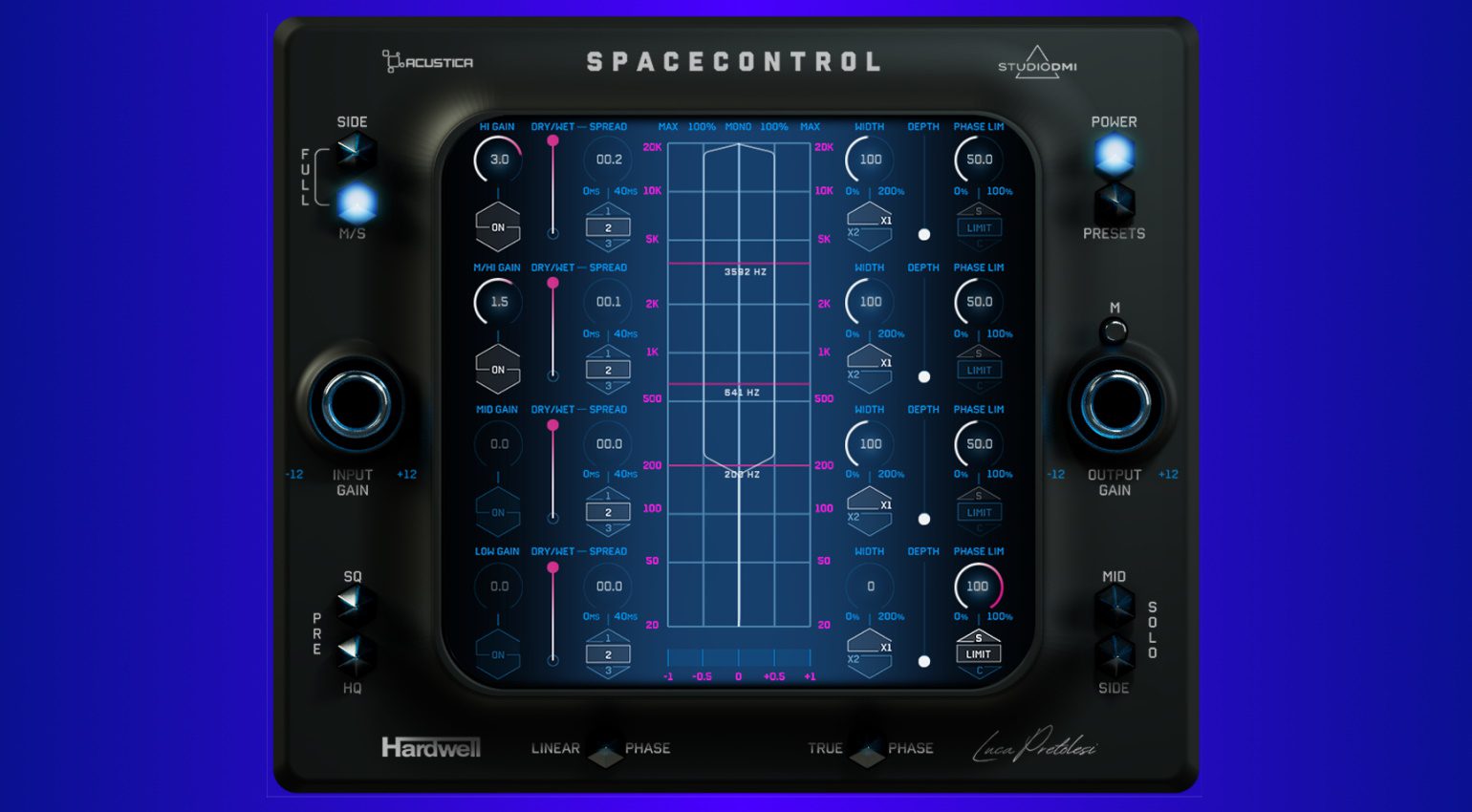 There’s also the Depth Slider which imitates a binaural algorithm to create mono-compatible reflections and a sense of depth. A phase limiter is also applied to the side signal with gain reduction calculated from the volume correlation. The limiter has several modes of operation which are better explained in the manual.

All in all, Space Control is powerful and not novice producer material. You may end up learning a thing or two just by reading the documentation and trying a bunch of settings. I can’t say anything like that for most new plug-ins. 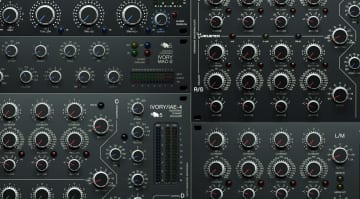