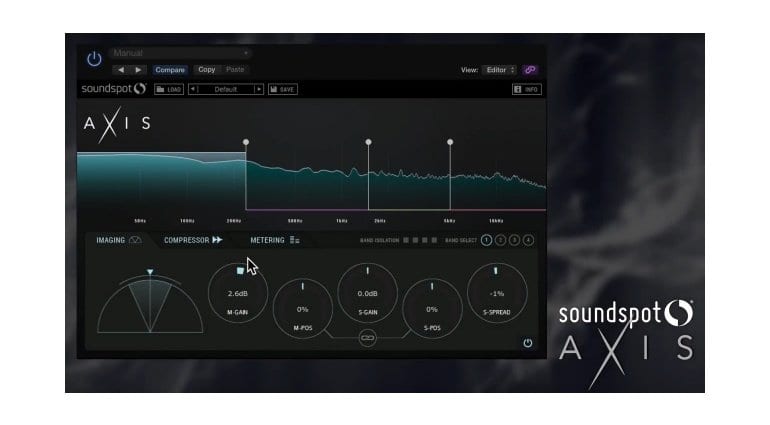 Soundspot has presented an interesting plug-in for everyone wishing to get their audio’s dynamics under control. It’s called Axis, a combination of the developer’s MSW1 and Propane plug-ins with an added compressor capable of dual directional compression. While the thing is said to sound both subtle and brutal, depending on how you operate it, the compressor is also multiband – actually, not just the compressor, but the entire unit.

This means a fairly significant degree of control over the entire signal with the idea of obtaining punch, clarity, groove, and sparkle – those elusive qualities that owners of high-end studio gear endlessly chase. However, the idea here is to be able to get that sweet, musical, expensive-sounding result without the need for strapping an entire arsenal’s worth of plug-ins over the channel strip. So there’s the added convenience, too, which is always nice!

For maximum sound realism, Axis is linear phase, which means the signal won’t get noticeably coloured unless you really want it to. Furthermore, Soundspot says the plug-in is reasonably light on CPU resources, so you should be free to take it all the way to the end without having to worry about managing computer resources. It all sounds a little too good to be true, but we know what a capably coded plug-in is able to do in the right hands, so we’d rather not be overly sceptical here.

A modern plug-in, Axis looks quite easy to use when considering its functionality. The interface should be fairly intuitive for everyone who’s dabbled in multi-band compression before, and to cater to audio professionals, the UI is also compatible with touch controllers like the Slate Raven.

The three pieces that make up the core of the plug-in are the compressor, imager, and metering modules. The compressor’s upward and downard compression parameters can do some nice things to your mix, such as adding more energy or snap. The imager is meant to widen up your mix and help you position the instruments properly so the mix sounds clearer and not fatiguing. Finally, there’s the Meter module where you can enjoy per-band dedicated metering and gain leveling in addition to an RMS meter.

You are able to check perceived loudness quickly and easily. As any multi-band plug-in should be able to do, Axis can separate frequency bands to let you listen to particular frequency regions in isolation and make informed mix decisions. That, and the presence of a preset manager can help you get the most out of using Axis.

Overall, the plug-in seems fairly impressive and it’s certainly capable of doing good to any ol’ mix in the right hands. It also looks like a nifty starter multi-band processor, thanks to its intuitive and graphically accomplished user interface.

Currently, Axis is on sale for just 13 GBP, which is cheap in almost any currency, no matter how you look at it. Furthermore, there’s a trial version available in case you aren’t convinced and would like to give the plug-in a test run. Axis is available for Windows and Mac systems. 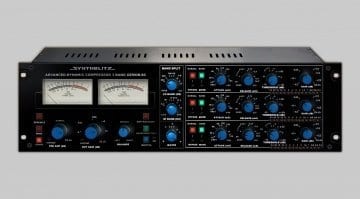