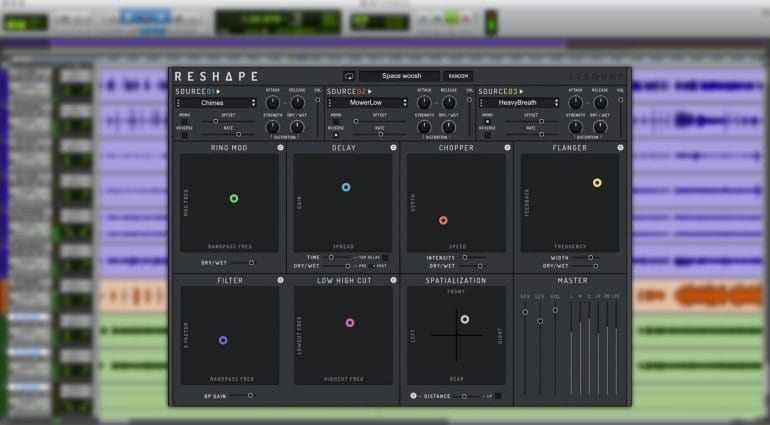 Calling all sound designers! AudioGaming/LeSound released Reshape, an interesting tool for messing up sounds in creative ways. Reshape is a touch-to-play app for computers with Android and Apple apps for remote control. It also costs 300 EUR+ (-50% for indie and freelance designers), which may be a tad ridiculous for bedroom producers or those accustomed to cheap multi-FX iPad apps like LiveFX or FLUX:FX.

There are plenty of apps and plug-ins built upon the concept of XY pad-controlled effects. However, Reshape lets you record your movements on said pads in real-time, which makes for exciting effects modulation options. Being able to play and perform several effects in real-time, just feed them some trippy audio and you’ve created a brand new musical instrument. Cool stuff!

Reshape is organized in two panels: Source and Effect. There are also three Samplers for layering up to 3 sounds before the effect processing starts. Reshape multi-effects include ring modulation, delay, chopper, flanger, filters, and spatialization. Playing them triggers the sampled sounds and puts them through the effects. If you don’t want to go the sampler route, there’s a separate effects version (Reshape FX) to handle real-time audio input.

Reshape looks like a powerful sound shaping tool that’s also easy to get around in. Although the concept itself isn’t entirely innovative, the execution seems thought-out and optimal. But holy pricing, Batman! We get it – large game studios are capable of paying premium because there’s tons of money in mainstream gaming today. Meanwhile, indie and freelance developers with less means of stretching their pockets can enjoy a hearty discount.

Can’t really fault Audiogaming / LeSound for pricing according to their target market, but with the bottomless choice for automatable multi-FX available today, we don’t think Reshape’s XY pad shtick is compelling enough to warrant costing more than the entire Logic Pro X, or about half of Komplete 11. More information here. 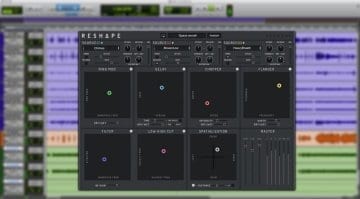 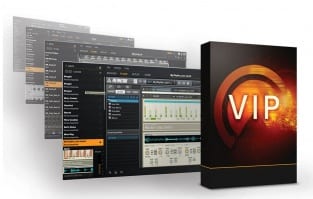