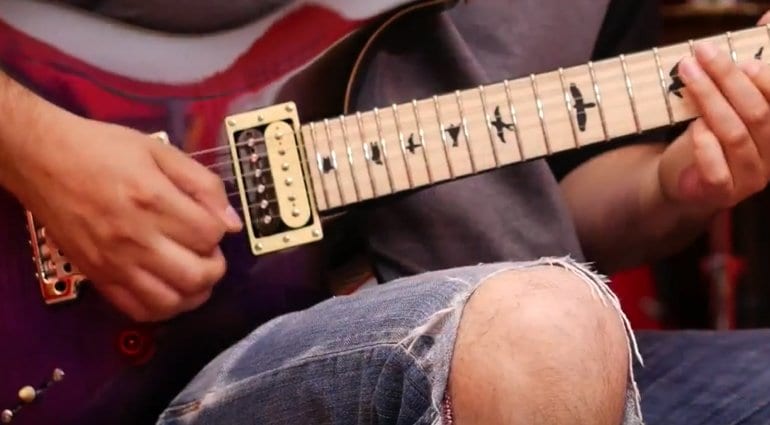 PRS has just announced an exclusive Maple Limited SE Custom 24 in a range of cool colours. But not only does the series feature a distinctive pale maple neck and matching fretboard, they are also only available on the European market.

PRS Europe has had some great exclusive models the last few years, most recently, of course, was the PRS SE Bernie Marsden limited edition run from last month. Now we are getting a range of their already popular SE Custom 24 models, but these ones have maple necks with matching maple fretboards.

The neck is satin-finished and has distinctive black bird inlays. I think the main body colours of the models look really good paired with those pale maple fretboards.

They are available in either a Tri-Colour Sunburst, Sapphire, Purple Burst, Grey Black, Fire Red Burst or a Vintage Sunburst. 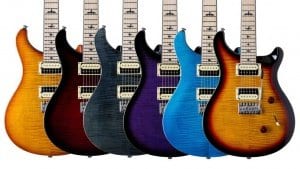 Interestingly, these guitars are exclusive to the European market and each colour is limited to 100 guitars, so they won’t be around forever. PRS haven’t raised the price on this limited run, with each guitar listed at the same £849 RRP of the standard SE Custom 24, with most dealers offering them at around £799 street price.

The use of maple also avoids any CITES regulations as well, and I hope that will see more of these on the SE range in the future.

I’m a big fan of PRS SE guitars and think they offer fantastic value for money. I also love maple fretboards, so these guitars appeal to me a lot. I think they will do well and so can see them being very popular indeed.

What is nut width of PRS SE Custom 24 Roasted Maple TN and the rest???

What pickups are in the SE Custom 24mn ?