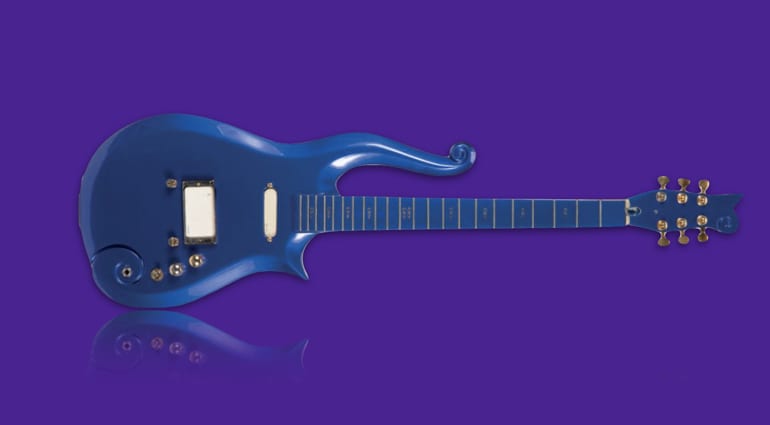 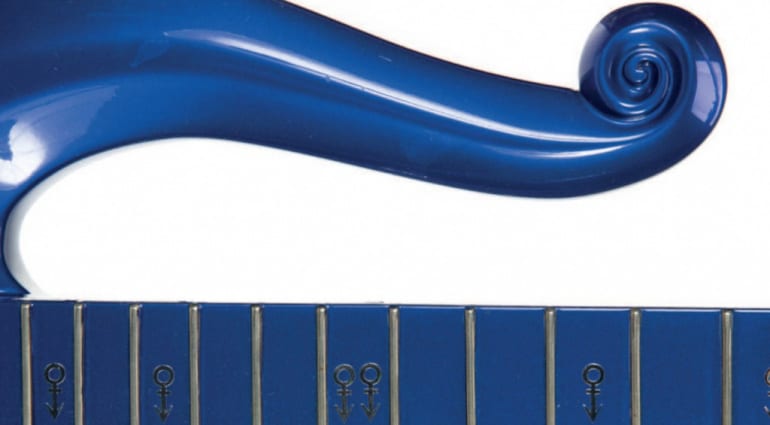 This historic Prince guitar from the ’80s has been found and is up for auction next month. Although currently named the Cloud 2 Blue Angel, it has been many colours in the past. The provenance for this guitar is pretty much perfect. They even used a CT scan to prove it was one of the earliest known models!

Since his death, there have been a few Prince guitars up for auction, although many of them were later models. However, this particular one, the Cloud 2 Blue Angel, is one of the earliest known examples and was played by the star during his 1984/’85 Purple Rain tour, as well as on The Arsenio Hall Show, MTV, and Saturday Night Live. It has also made appearances in music videos and on magazine covers, and is well documented as belonging to Prince.

The guitar even underwent a CT scan to prove its authenticity. The scan reveals its unique original routing for the wiring, a headstock repair, and the construction techniques used on these early models. Over the years, Prince had the guitar painted several colours, including white and yellow, and there’s a paint chip from inside the control cavity that exposes these various layers of paint from the ’80s.

With all this provenance, it’s likely this guitar will reach a very large sum at auction next month. I also found how the auction brochure documents the history of this guitar very interesting. It’s really nice and well worth a read.

“It’s the most significant Prince guitar that’ll ever come up for auction,”  – Darren Julien auction house founder and president 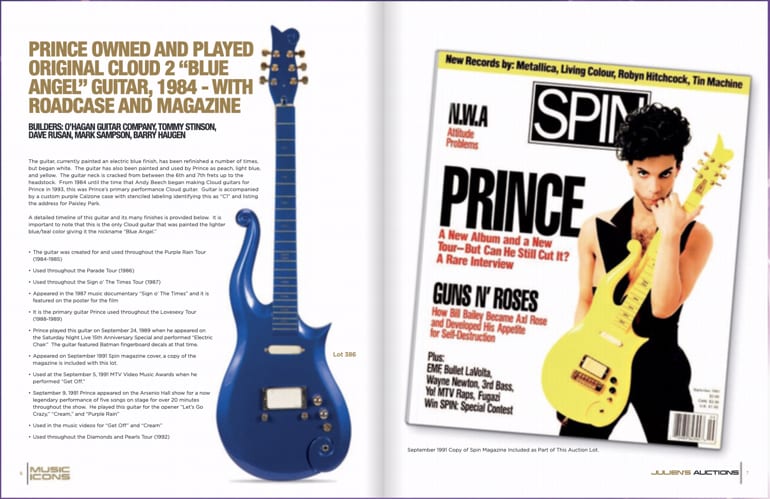 For many fans of the guitarist and songwriter, this period marks the pinnacle of the artist’s career. Having the guitar Prince played during his Purple Rain tour will certainly make it interesting to a lot of high end guitar collectors. The instrument was built by luthiers Tommy Stinson, Dave Rusan, and Barry Haugen, and painter Mark Sampson of the O’Hagan Guitar Company.

Julien’s Auctions estimates the guitar will fetch upwards of $500,000 when it goes up for auction in a special sale event on 19 and 20 June. Of course, if you cannot stretch quite that far, there’s always the official Prince Cloud guitar from the online Prince store. Previously, you had to go all the way Paisley Park if you wanted to buy one.

The historic instrument sold for $563,500, which may seem like an incredibly high figure, but still doesn’t make it the most expensive Cloud guitar ever auctioned. That distinction belongs to a blue teal model, made by luthier Andy Beech in the ’80s, that went for $700,000 in 2017.

Kurt Cobain’s iconic MTV Unplugged in New York Martin acoustic guitar was also recently auctioned off recently for more than six million dollars, making it the most expensive guitar to ever come under the hammer. 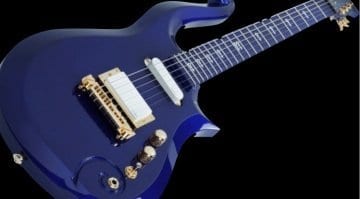 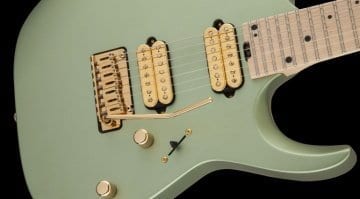 16 Jan · Love both brands. Recently bought my 5th Gibson and it’s probably the best built guitar I’ve ever played. New leadership at Gibson seems solid so this deal makes a lot of sense to me as it’s two...