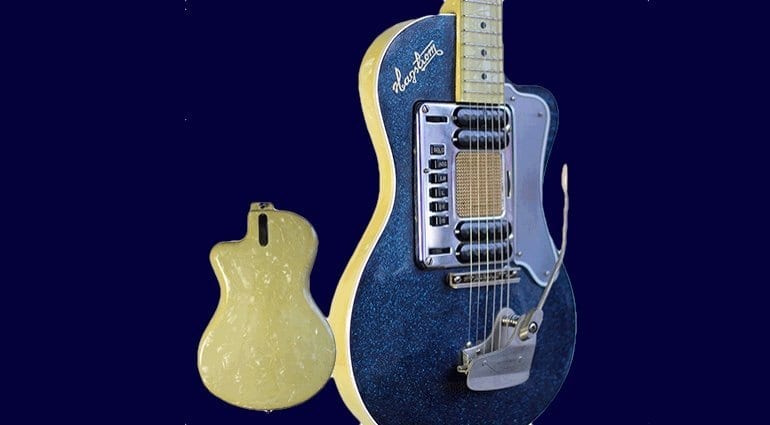 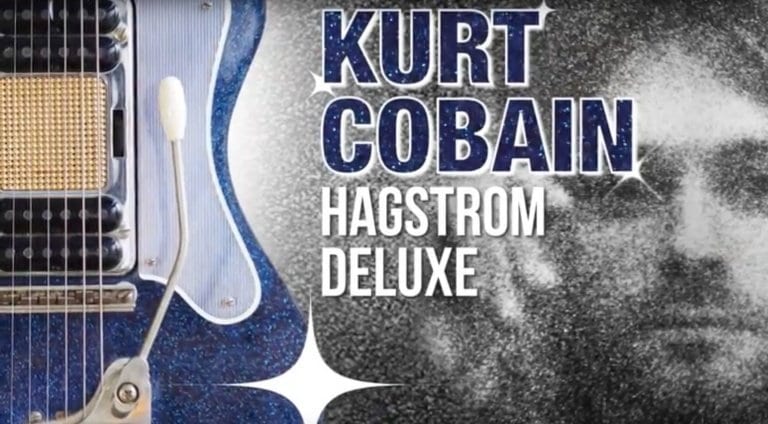 Another guitar previously owned by a dead rock star is up for auction and this instrrument belonged to the ill-fated Kurt Cobain of Nirvana. Unusually for Kurt, this is a rather fetching Hagstrom Blue Sparkle Deluxe and has been put up for sale on an Ebay Charity Auction.

Kurt had his then guitar tech Ernie Bailey go out and buy him the Hagstrom and set it up left-handed for him. Ernie remembers the guitar well and has made a video that describes the day he went out and obtained the guitar for Cobain.

After Kurt died, the guitar was sold by Courtney Love, where it finally ended up with a collector and now it is up for auction. The auction is being run on Ebay and a portion of the proceeds is going to Transition Projects who help support people in Portland find themselves homeless.

That’s a nice touch, as Kurt was also homeless for a while and so it’s fitting that needy people will get a share of the proceeds. 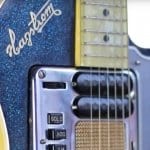 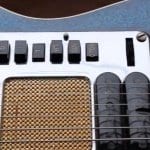 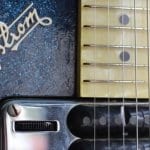 I’m not sure how much it will go for, but it is a nice looking instrument. With the Kurt association it will only ever increase in value. I’m sure it will end up in the hands of another Nirvana collector, as I can’t see anyone else paying high amounts for it.

You will need to pre-register to bid on the guitar, if you fancy a flutter. The auction finishes on 20th February, which incidentally would have been Kurt’s 50th birthday.