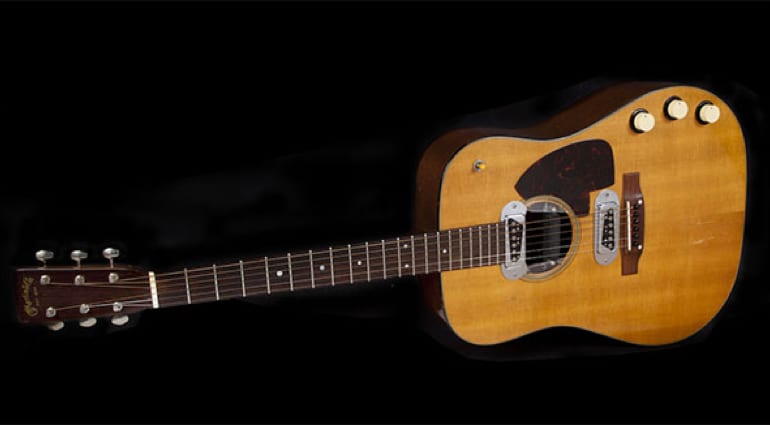 UPDATE: This guitar sold for $6,010,000 dollars, making it the most expensive guitar ever! The buyer: Australian businessman and owner of RØDE Microphones, Peter Freedman. Congratulations, Peter.

The Martin acoustic guitar owned by Nirvana frontman Kurt Cobain is going up for auction. The instrument is famous for being used on the MTV Unplugged show and is said to be the last one ever played by the troubled musician. This iconic guitar is expected to sell for more than $1 million!

The guitar started life as a 1959 Martin D-18E and was eventually modded by the left-handed guitarist by adding Bartolini pickups. The instrument was made famous due its appearance on the Nirvana MTV Unplugged performance, a show that was filmed and released as an album. Many Nirvana fans around the world associate this one-off instrument with Cobain, so it is a pretty special piece of rock history. 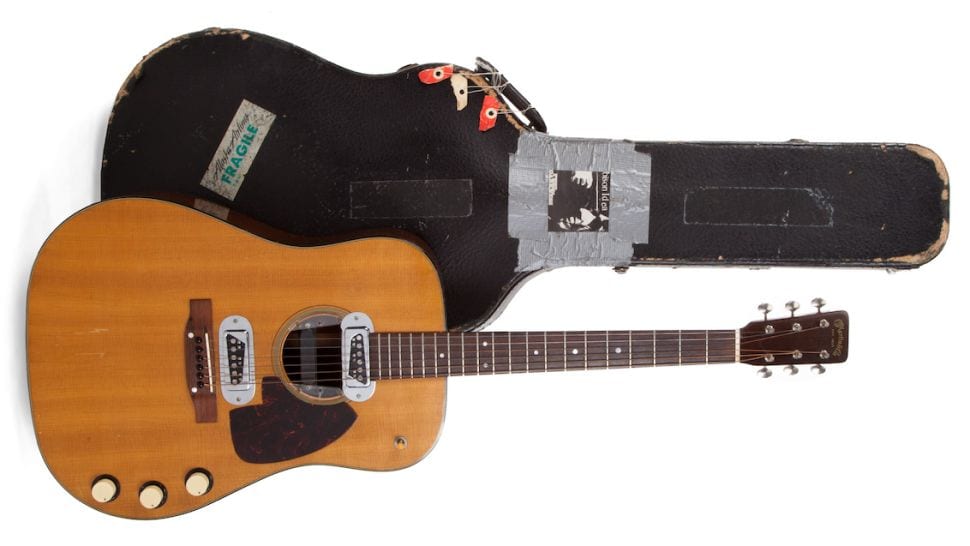 The guitar still has its original hard shell case, which was decorated by Cobain with a flyer from Poison Idea’s 1990 album Feel the Darkness, three baggage claim ticket stubs attached to the handle, and an Alaska Airlines sticker affixed to the case. The contents of  the case include a half-used pack of Martin guitar strings, three guitar picks, and Cobain’s stash bag, decorated with a miniature silver spoon, fork and knife. 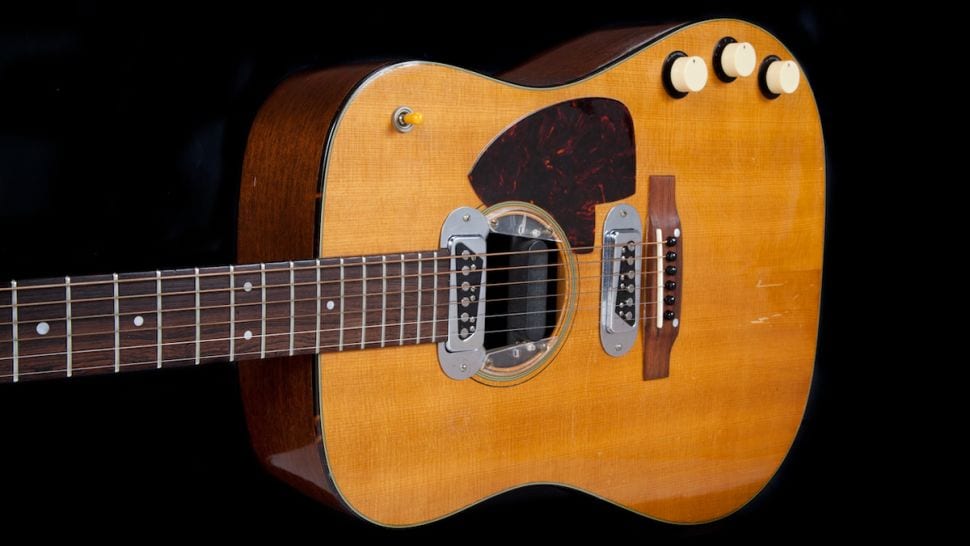 Back in 2018 it was reported that the guitar was no longer with his family. Cobain’s daughter, Frances Bean Cobain, allegedly left the instrument to her ex-husband, Isaiah Silva, as part of the couple’s divorce settlement. 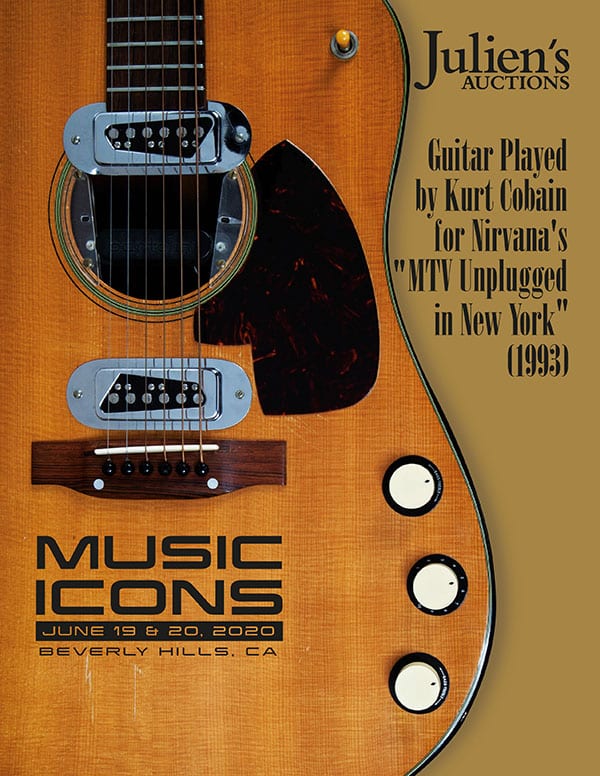 This very special guitar will be sold at Julien’s Music Icons event, taking place June 19 and 20 in Beverly Hills. It can be viewed at the Hard Rock Cafe in London’s Piccadilly Circus May 15-31 and then at Julien’s Auctions Gallery in Beverly Hills from June 15-19. Unfortunately, due to the COVID 19 lockdown, fans may not get the chance to see it at these venues.

With starting estimates for the Kurt Cobain 1959 Martin D-18E at around $1 million or more, this piece of music history will no doubt go to some private collector and end up inside a vault somewhere. So this may well be the last chance the world will have to see this iconic guitar.

Cobain’s Fender Mustang, his last instrument on auction, sold for $340,000 in October last year. However, I suspect this acoustic guitar will fetch a lot more, because of its link to the iconic MTV Unplugged performance, which many fans associate with Nirvana.

The guitar was sold for a whopping $6,010,000 to RØDE Microphones owner, Peter Freedman, making it, to date, the most expensive guitar to ever have been auctioned. Freedman plans to showcase the instrument on a worldwide exhibition tour, with proceeds generated being donated to the performing arts. “I paid for it but I’m going to use it to highlight the plight of artists worldwide by touring it around, and then I’m going to sell it and use the dough for that as well, later”, he said.

The Unplugged in New York Martin broke the record of the most expensive guitar to be auctioned previously held by David Gilmour’s Black Strat, which fetched $3,975,000 at Christie’s Auction House last year. 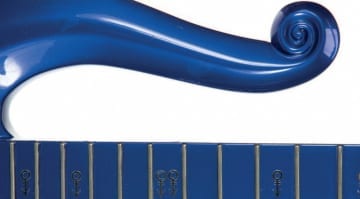