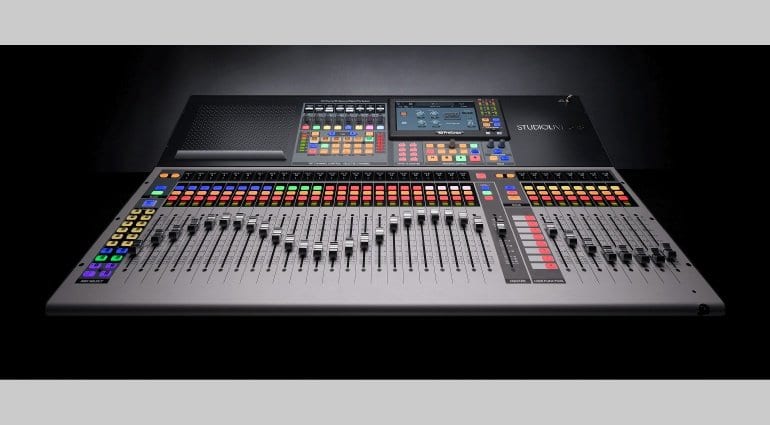 PreSonus has introduced the StudioLive Series III S digital mixers. The DSP-powered StudioLive 64S, 32S, 32SX and 32SC mixers are designed to bring the feel and workflow of a large production console to compact mixers for studio and live applications.

Staying true to the concept of its StudioLive series, the company touts its new mixers as equally well suited to live sound production, touring, installed sound systems, and studio applications. All four new digital mixers are powered by the FLEX DSP engine, which allows for state-space modeled Fat Channel plug-in processing on all inputs and buses. All models are capable of 128-channel (64×64) USB recording, which PreSonus claims is “more than any other mixer”. Multitrack SD card recording and 128-channel AVB networking are also standard on all four of the new mixers.

The flagship of the Presonus StudioLive Series III S is the StudioLive 64S. It features 76 mixing channels, 43 buses and a whopping 526 simultaneous effects. Like the other models, it provides up to 32 so-called “FlexMix buses”, which can serve as any combination of Aux, Matrix, and Subgroup buses with flexible patching.

The three smaller models each offer 40 channels, 26 buses, and 286 effects. There are three sizes to choose from. The 32S is equipped with 32 preamps and 33 faders for a clear, uncluttered one-to-one mixing layout. The 32SX packs the same number of inputs and outputs into a smaller low-profile frame offering 25 faders. If space is at a premium, the 32SC comes with 32 channels of mixing in a rack-mountable frame. It has 16 preamps and 17 faders, which can be expanded to 32 channels by adding an NSB 16.8 stage box. 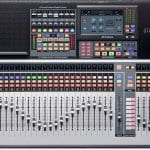 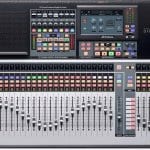 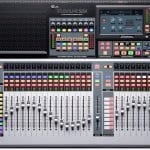 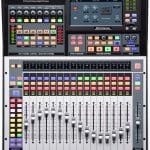 The StudioLive III S mixers are compatible with the PreSonus AVB ecosystem, which allows for flexible customization. Analog inputs and outputs can be added by connecting PreSonus NSB series stage boxes. The system also lets you cascade several mixers, which can then share inputs and buses. You can also connect up to 32 EarMix 16M personal monitor mixers, allowing musicians to make their own 16-channel monitor mixes.

For recording, the StudioLive III S mixers provide 128 simultaneous channels over USB (64 in, 64 out). There is also an option to record up to 34 tracks using the onboard SD card recorder, which seems like a convenient solution for mobile or backup recordings. PreSonus says that the mixers integrate seemlessly with Studio One. How well they work with other DAWs will have to be determined.

I always loved StudioLive mixers… they were first to put digital power in hands of us not high-class professionals but musicians and bands. And still they hold a pace with all other compact digital mixers who has much aggressive marketing.