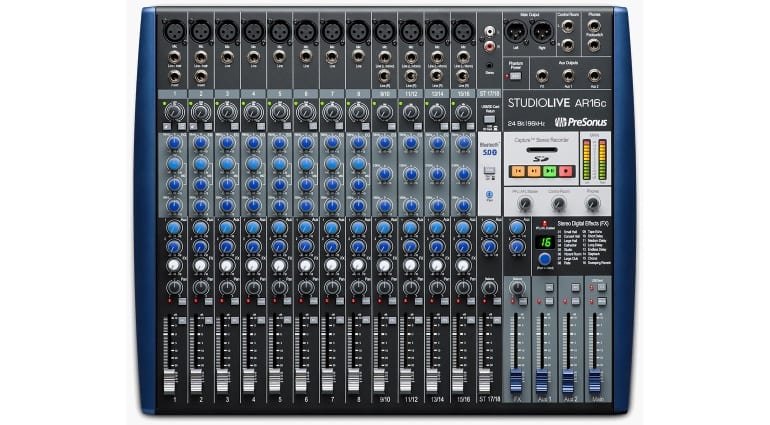 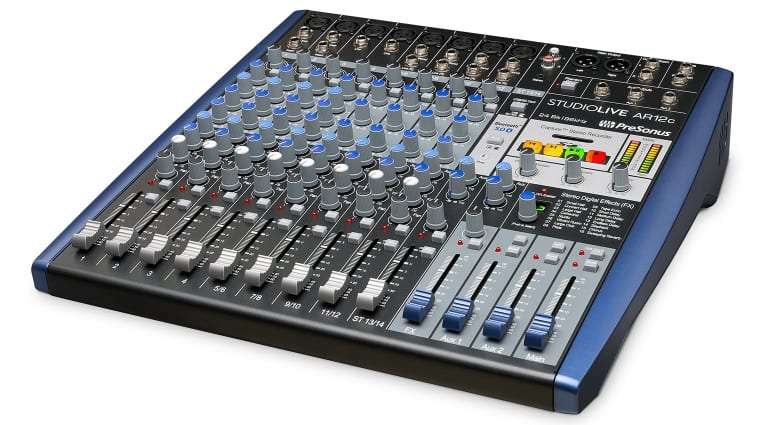 A few years after the introduction of the StudioLive AR series, PreSonus has updated its range of hybrid compact mixers. The concept remains the same: analogue mixers with integrated multichannel audio interfaces. The channel counts are also the same. But the addition of the “c” to the model names hints at one improvement: the AR8c, AR12c and AR16c come with USB-C connectivity. The integrated audio interfaces still use USB 2.0, but the connector has been upgraded to USB-C. What else is new?

According to PreSonus, the StudioLive ARc series mixers come with “newly designed high-headroom analog circuits”. The preamps have also been updated: the new ARc mixers now feature the high-gain XMAX preamps from the Studio series audio interfaces and StudioLive series mixing desks. The Bluetooth streaming option has been upgraded from Bluetooth 4.1 to Bluetooth 5.0. Other than that, the layouts and feature sets of the three mixers remain largely unchanged.

As of now, this one is the largest model, as PreSonus hasn’t announced a successor to the StudioLive AR22 USB. The StudioLive AR16c offers 8 mono and 4 stereo channels, 12 mic inputs, 2 inst/line inputs and 16 line level inputs. Channels 1 and 2 have channel inserts. The mono channels feature 3-band EQs with semi-parametric mids, while the stereo channels have fixed mid bands. The AR16c offers two monitor buses and one FX bus with an integrated FX processor with 16 presets and send/return jacks. The integrated 96 kHz/24 bit USB audio interface has 18 inputs and four outputs.

The AR12c is a 14-channel mixer with four mono and four stereo channels. Eight mic inputs, two instrument/line inputs, and 12 line level inputs are available. The mono channels are equipped with 3-band EQs with semi-parametric midbands, while the stereo channels feature 3-band EQs. The AR12c has two monitor buses and one FX bus with send/return and integrated effects. Its audio interface provides 14 inputs and 4 outputs over USB and a resolution of 96 kHz / 24 bit. 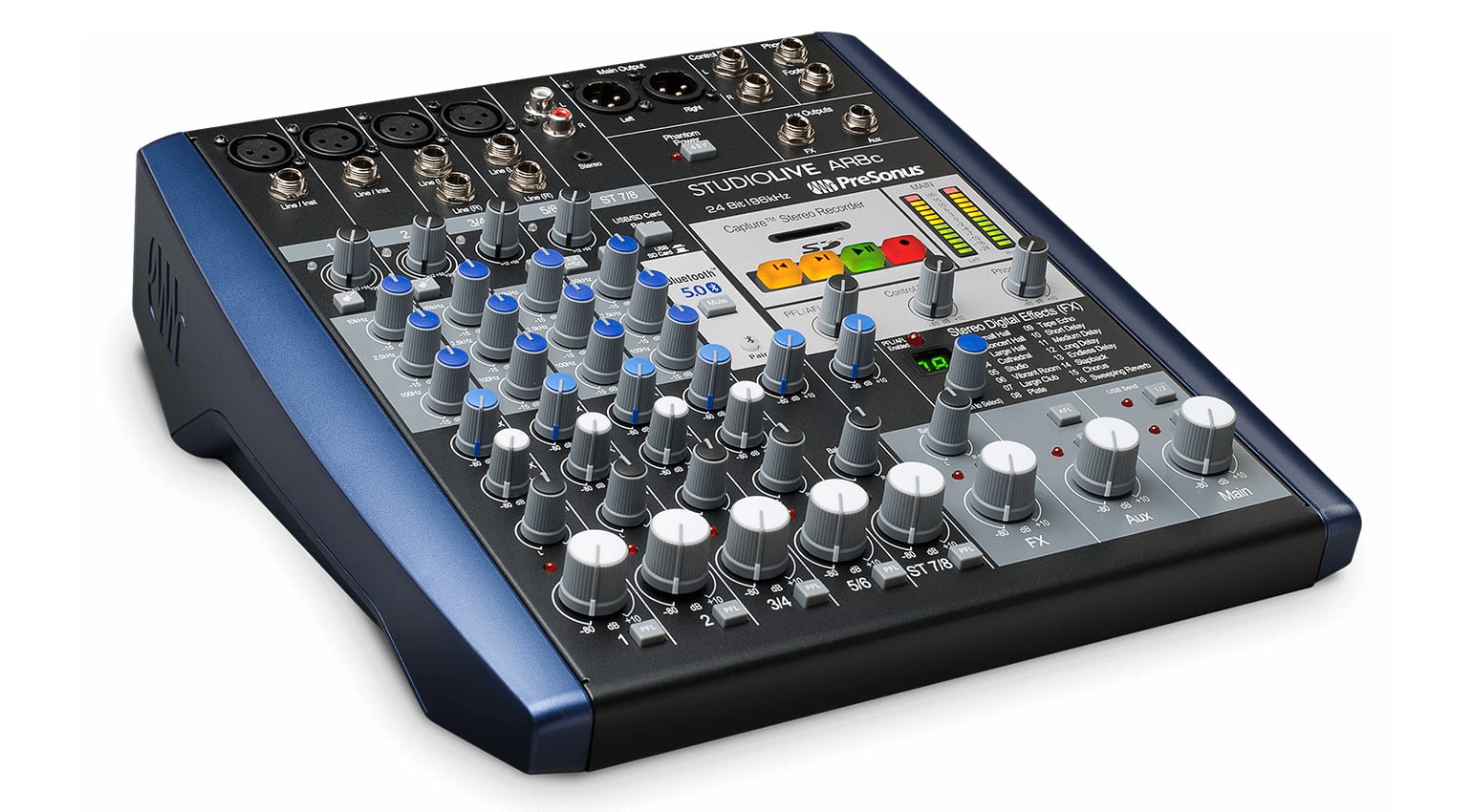 In addition to their mono and stereo channels, all models feature a stereo “Super Channel”, which offers Bluetooth 5.0 streaming, SD card / USB playback, and stereo RCA and 1/8″ inputs. This allows you to connect a variety of sources for stereo listening. All ARc series mixers also offer a 2-channel SD card recorder for capturing the main mix. They come with a software package, which includes StudioOne Artist, the Capture live multitrack recording software, and the Studio Magic plug-in suite.

I could’ve sworn this was on their website weeks prior.